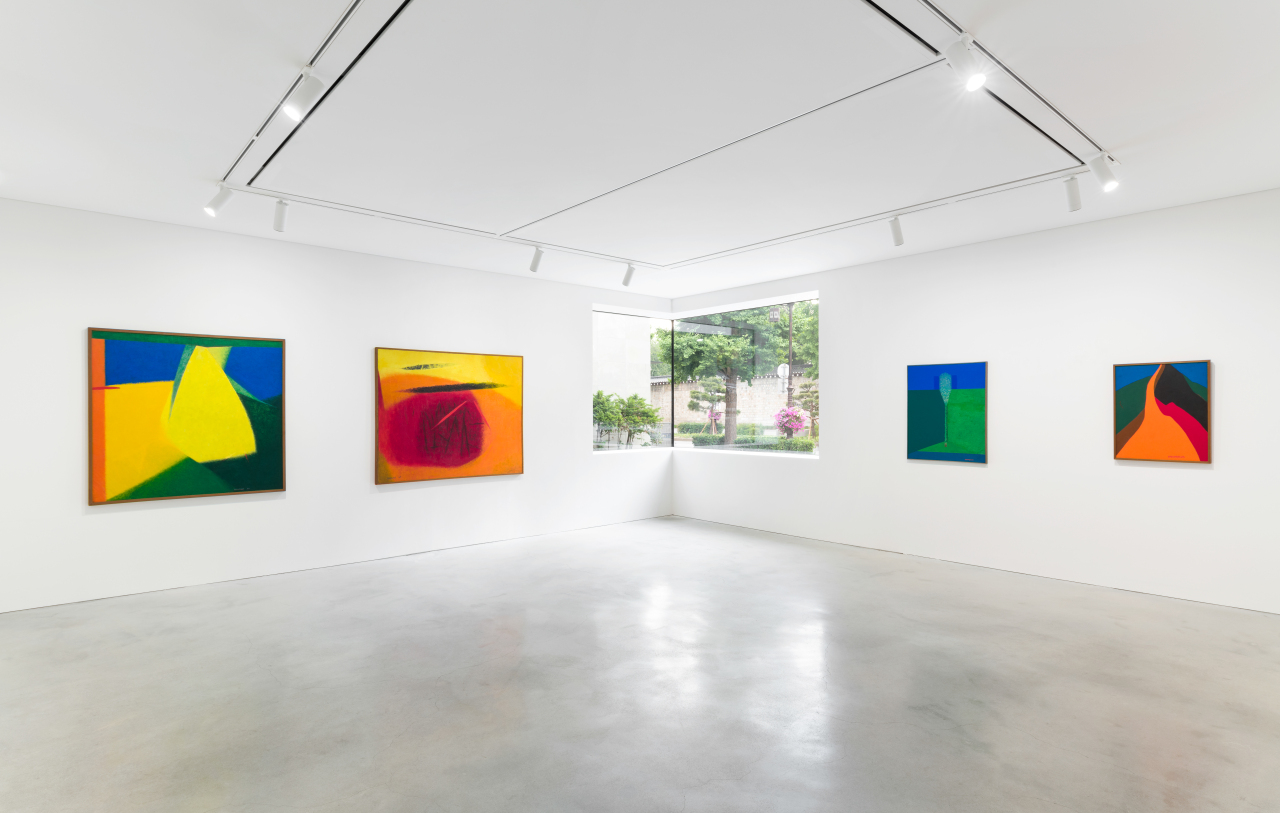 An installation view of “Colors of Yoo Youngkuk” at Kukje Gallery in Seoul (Kukje Gallery)
Where a person was born and raised can have a huge impact on them as an artist. Pioneering painter Yoo Young-kuk (1916-2002) was born in Uljin County, North Gyeongsang Province, which borders the East Sea off the Korean Peninsula.

Among the first generation of Korean abstract artists, many of the paintings he created since the 1960s feature radiant colors and geometric forms with a strong, warm atmosphere.

This bold combination likely came about because he was inspired by the nature of his hometown, between the East Sea and mountain ridges.

“There is everything in a mountain. The triangle of the peak, curves of the ridges, cross sections of perspectives, multifarious colors,” Yoo once said, according to Kukje Gallery, which is hosting a special exhibition to commemorate the anniversary of the artist‘s death. Yoo died in 2002 at the age of 86.

Yoo was a friend of painter Kim Whan-ki, a master of Korean abstract art whose blue-dot paintings are well-known at home and abroad. Kim was born in Sinan, South Jeolla Province, off the southwestern coast that consists of hundreds of islets.

While the two artists were inspired by nature, their paintings are strikingly different: While Kim’s paintings remind viewers of a peaceful sea, Yoo‘s paintings are bold, reminiscent of the East Sea and mountains. 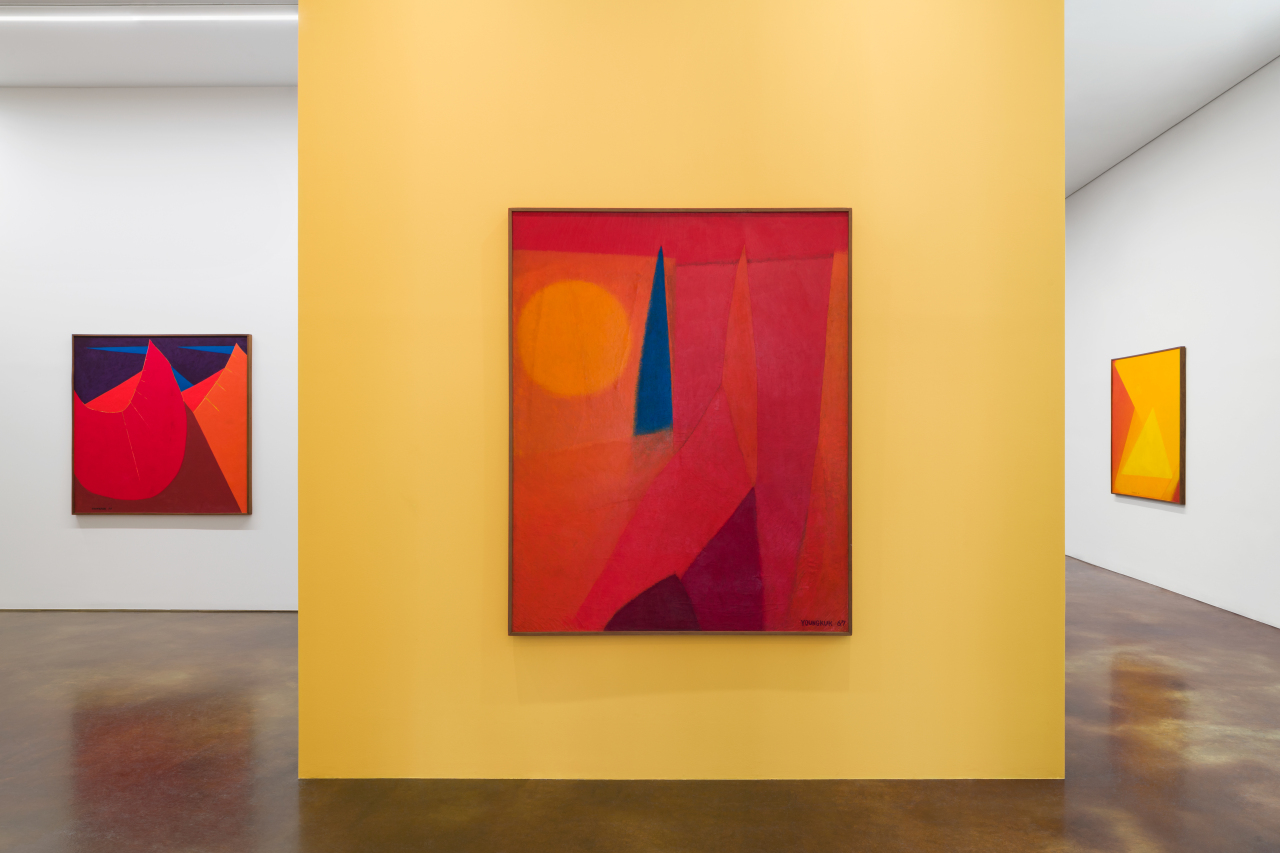 The exhibition at Kukje Gallery “Colors of Yoo Youngkuk” is the second show of the artist’s work since 2018. It focuses on paintings he did in the 1960s and 1970s that feature his signature nature-based motifs portrayed in vibrant primary colors. Along with 68 paintings, some archival material, including 12 rough drawings, are on display at exhibition spaces K1, K2 and K3.

“We have had a special relationship with the artist from the time of the gallery‘s establishment. We have brought together many of Yoo’s significant paintings for the show from private collectors, institutions and the Yoo Youngkuk Art Foundation,” Lee Hyun-sook, founder of the Kukje Gallery, told The Korea Herald. The gallery was founded in 1982 in Seoul.

Yoo, along with his close friend Kim, led many avant-garde groups in Korea. Yoo‘s works have been relatively less known than his friend’s, and the artist‘s first comprehensive monograph in English, “Yoo Youngkuk: Quintessence,” was published in 2020 by Rizzoli New York.

Yoo’s works also began to be recognized among young people after K-pop group BTS‘ leader RM showed interest in the artist. Earlier this month, RM posted photos of himself visiting the exhibition at Kukje Gallery on his social media.

The exhibition runs through Aug. 21. Admission is free.