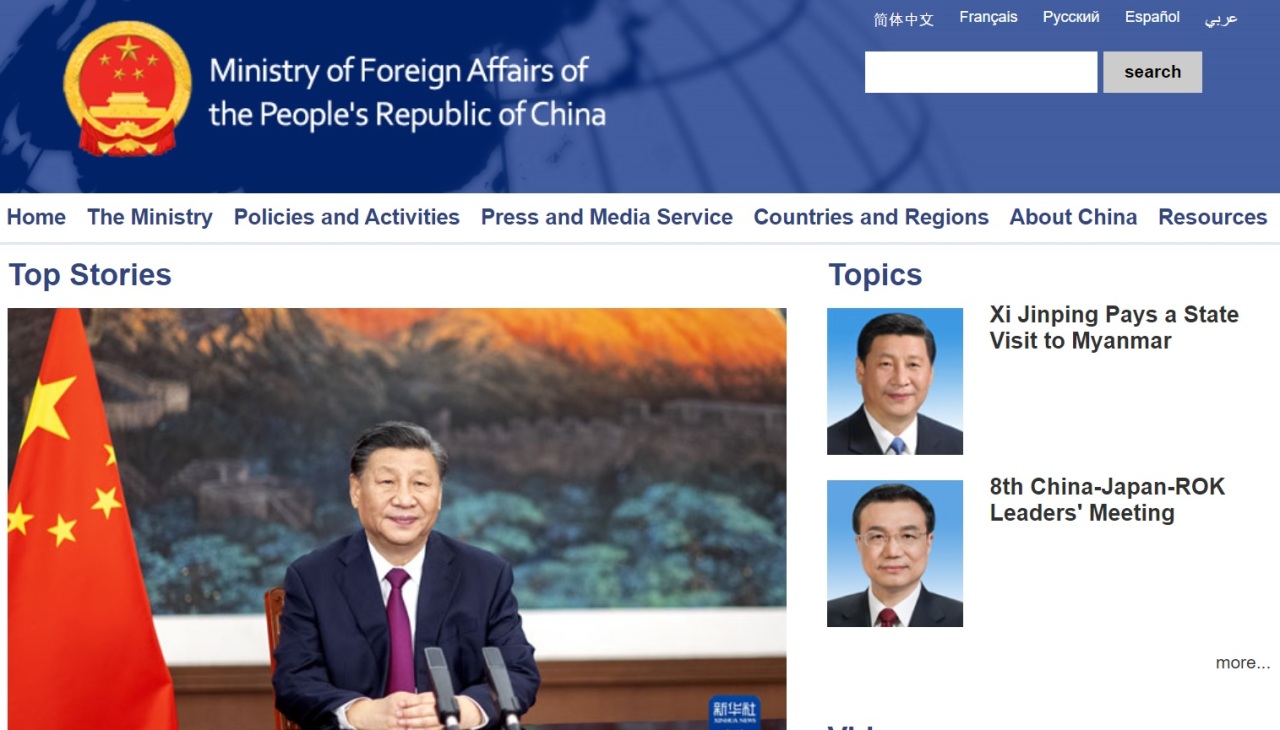 Chinese Foreign Ministry website (Screen captured from the website)
China slammed the US as the “largest source of disruption” to world order, making explicit its discontent over Washington’s China policy.

The Chinese Foreign Ministry issued a fact sheet late on Sunday dubbed “Falsehoods in US Perceptions of China,” in response to a recent speech made by US Secretary of State Antony Blinken, where he raised concerns about Beijing posing “the most serious, long-term threat.” The speech was delivered to the Asia Society in Washington on May 26.

“We will use facts and figures to show to the world how deceptive, hypocritical and dangerous the US’s China policy is,” the ministry said, explaining the reason for releasing the statement on Sunday.

“With carefully calibrated language, he (Blinken) sought to promote the ‘China threat’ narrative, interfere in China’s internal affairs, and smear China’s domestic and foreign policy, all in an attempt at full-blown containment and suppression of China,” the ministry said.

According to the ministry, the US is violating the principles of the United Nations Charter and international relations norms.

Saying that there were only 16 years in which the US was not at war in its “240-plus-year history,” the ministry said the US might as well be called “the most belligerent country in the history of the world.”

“What the US has constantly vowed to preserve is a so-called international order designed to serve the US’ own interests and perpetuate its hegemony,” the ministry said.

“The US itself is the largest source of disruption to the actual world order.”

In the statement, which contained over 24,600 words in English, China also criticized the US on multiple fronts including the economy, trade, foreign affairs and humanitarian abuses.

“China-US relations have reached an important crossroads. The US should stop viewing this relationship through a Cold War, zero-sum mindset, follow the three principles of mutual respect, peaceful coexistence and win-win cooperation, and reflect in its action the five assurances it has made to China,” the statement read.

Chung Jae-heung, a researcher at the Sejong Institute, said the latest fact sheet from Beijing shows the country has felt the need to deliver its position on current affairs before a major NATO summit that will take place next week in Madrid.

“The tension between the US and China is obviously intensifying, and the US is expected to assert its position against China at the NATO summit,” Chung told The Korea Herald.

“So it looks like China feels the need to make a counterargument in advance, before the US tries (to win over other countries) at the summit.”

Beijing’s condemnation comes amid escalating tension between the US and China over several sensitive issues. In a recent encounter, the defense chiefs of the US and China traded barbs over Taiwan, blaming each other’s countries for creating instability in the region.

In his May 26 speech in Washington, Blinken also expressed concerns against China.

“We can’t rely on Beijing to change its trajectory. So we will shape the strategic environment around Beijing to advance our vision for an open and inclusive international system,” he said.

Meanwhile, US President Joe Biden said Saturday that he would talk to his Chinese counterpart Xi Jinping soon, as he was in the process of deciding whether to ease US tariffs on China imposed under his predecessor Donald Trump.