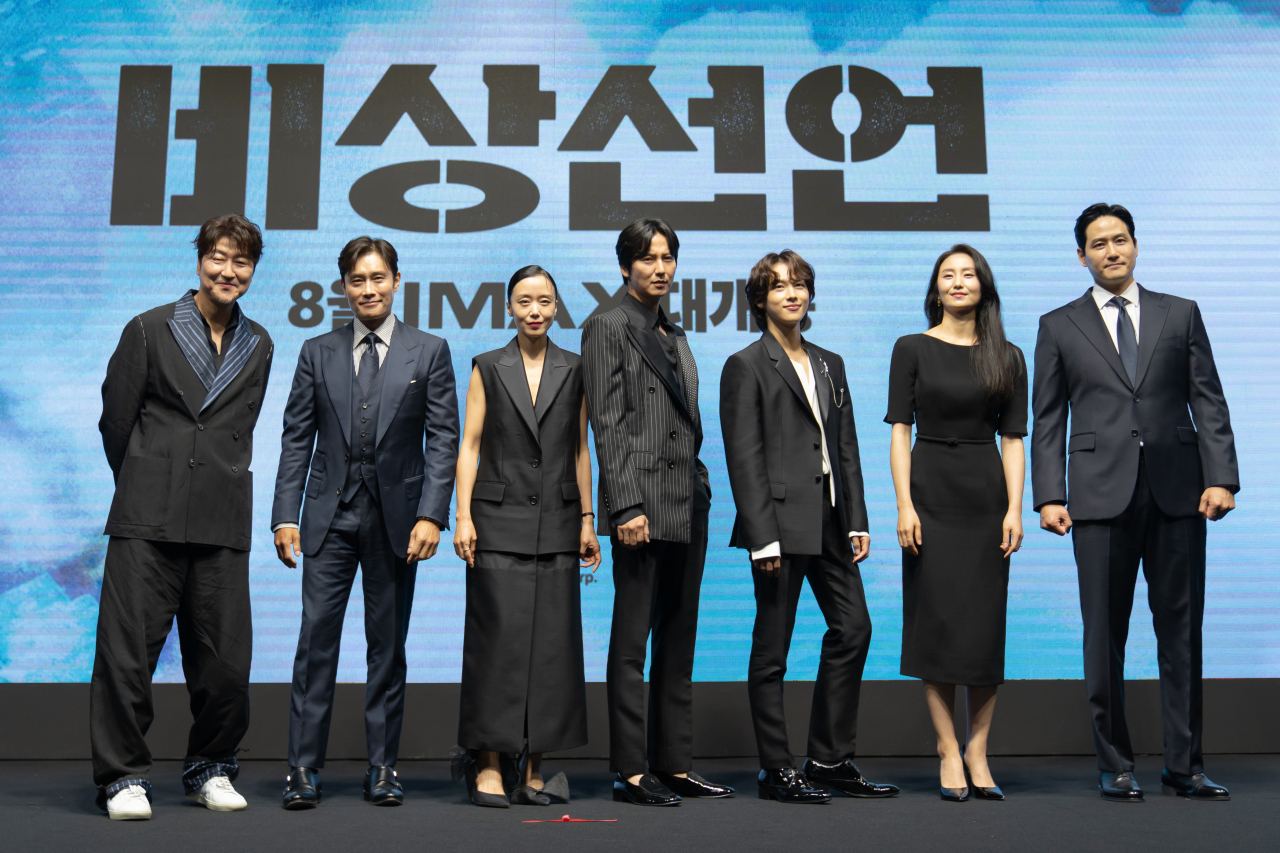 Song became the first Korean male actor to win an acting prize at the 75th Cannes Film Festival this year for his role in “Broker,” directed by Hirokazu Kore-eda. In 2007, Jeon won the award for best actress at Cannes for her performance in “Secret Sunshine,” directed by Lee Chang-dong. Song was a co-star in the film.

“It has been over two years since we finished filming. We had to delay the release twice due to COVID-19. I am glad that we can finally present our film,” Song said during a press conference held at the Westin Josun Seoul on Monday.

The new film centers on the struggle to land a plane after a detective (Song) is tipped off that a suspected terrorist has boarded the plane. Jeon plays the transport minister in charge of the emergency situation.

During the press conference, the director talked about when he first received the proposal to create a movie about a plane disaster around 10 years ago.

“At the time, I liked the setting and the idea of the film, but was not sure how I could create a plot based on it,” Han said. “Over the last 10 years, we have seen many disasters take place in Korea and watching them, I realized the message that I wanted to deliver through this film.”

Han added that the film is not based on any single disaster in particular.

The cast of the film highlighted that the film’s thought-provoking message was the main reason for their participation.

“The film is about an aviation disaster but it does not focus only on the visual aspects. I liked that it is a thought-provoking film,” said big-name star Lee Byung-hun, who appears as one of the passengers aboard the plane.

“I liked the script and also the vision that the director had. It is a movie that can be comforting to people who have been hurt by disasters small and big,” Jeon said.

The director put in extra effort to create a realistic-looking set.

“We brought over an airplane frame from Hollywood and our art team decorated it to make it look realistic and also look like a Korean airplane,” Han said.

To portray the airplane’s movement, he worked with a local special effects company with a giant gimbal to move the airplane around instead of relying on only cameras to create the effect.

“Flight attendants got on our airplane and said that it felt like they were on an actual airplane,” Han said. 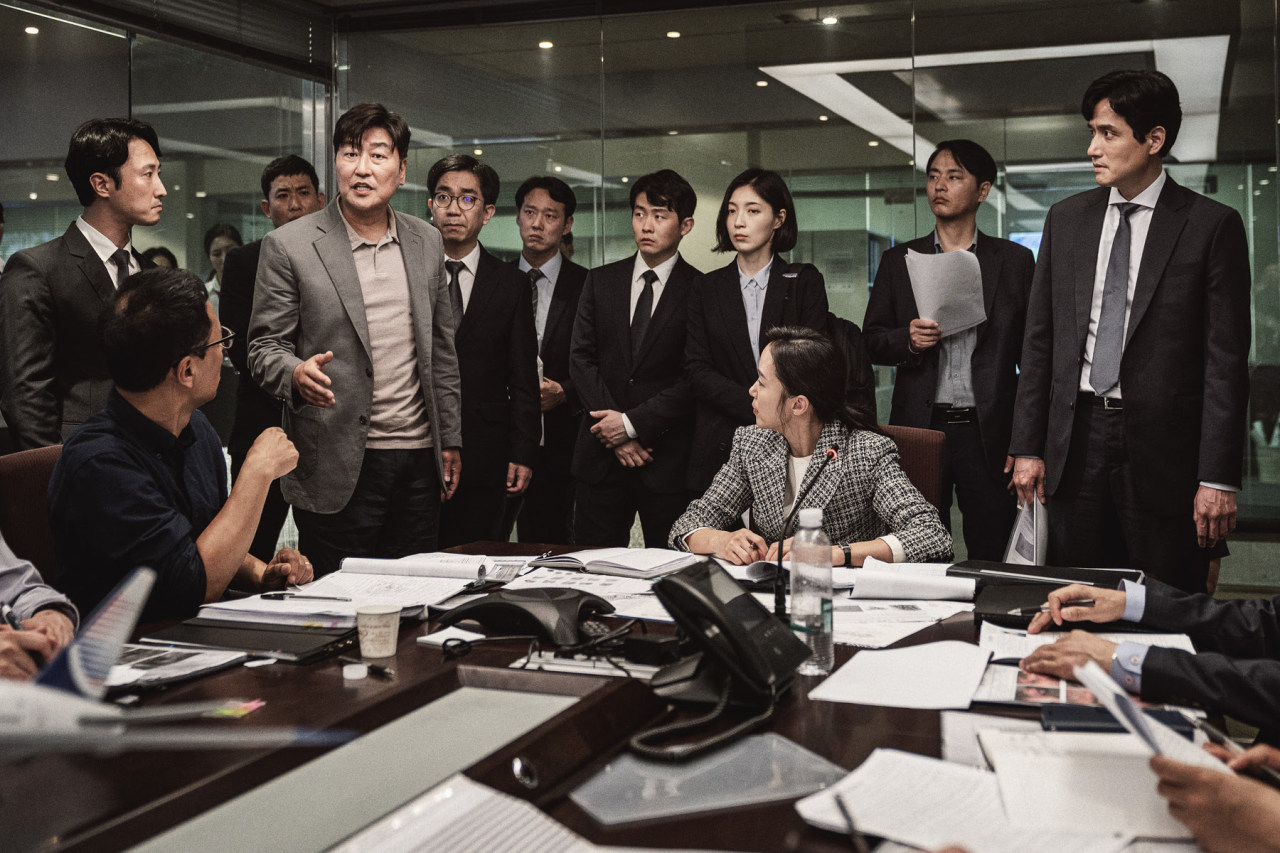 This film had its world premiere at last year’s Cannes Film Festival.

The director said since the film was invited to a noncompetition section at last year’s Cannes, he attended the film festival without much pressure.

“Once I got there, I could feel the audiences’ respect for the movie and was very happy to be there,” Han said.

“I hope I can take part in the festival again if possible.”