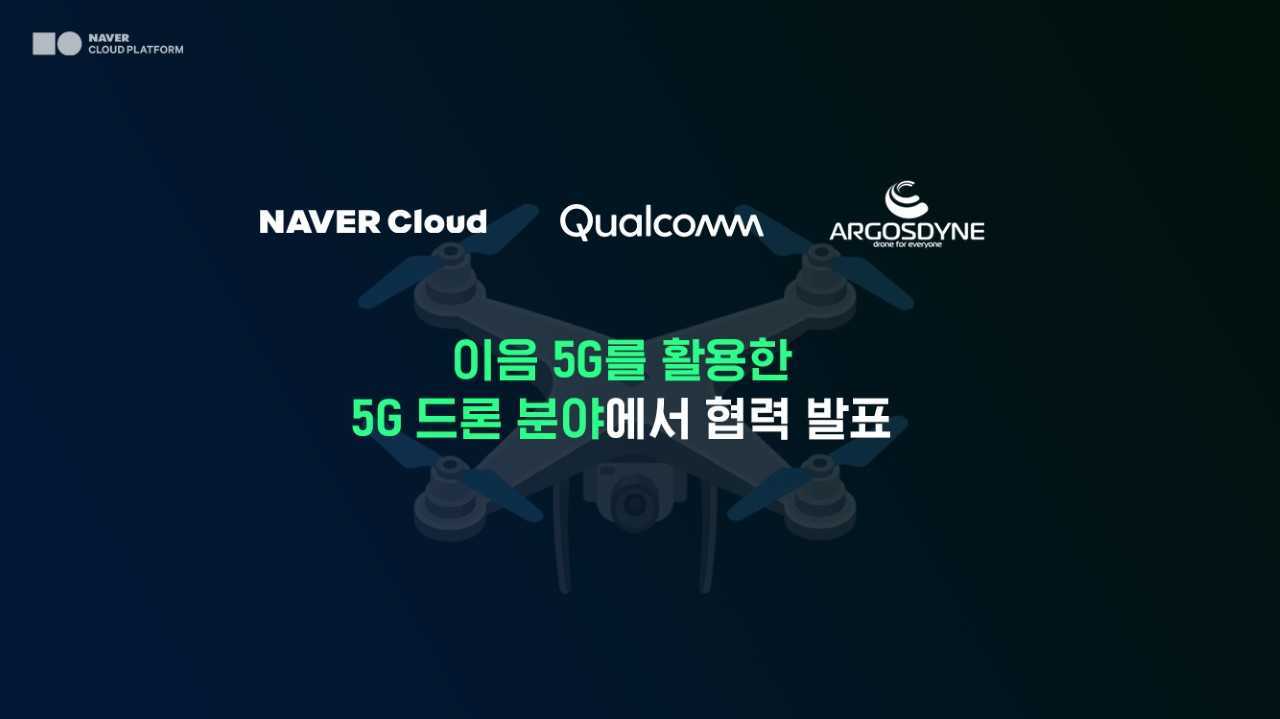 Under the partnership, Naver Cloud will build the 5G network infrastructure for drone services, while Argosdyne will develop drones that can be operated to run on Qualcomm’s Flight RB5 5G platform.

“The 5G-based cloud service is the ultimate solution that supports communication between devices and the real-time data analysis and processing of autonomous drones,” said Kim Tae-chang, business chief at Naver Cloud. “Naver, as the business operator of the nation’s first Eum 5G network, will create new business opportunities for 5G drones.”

The three companies plan to unveil a prototype drone and carry out testing of the new technology in the latter half of this year, with an aim to make its commercial debut by 2023.