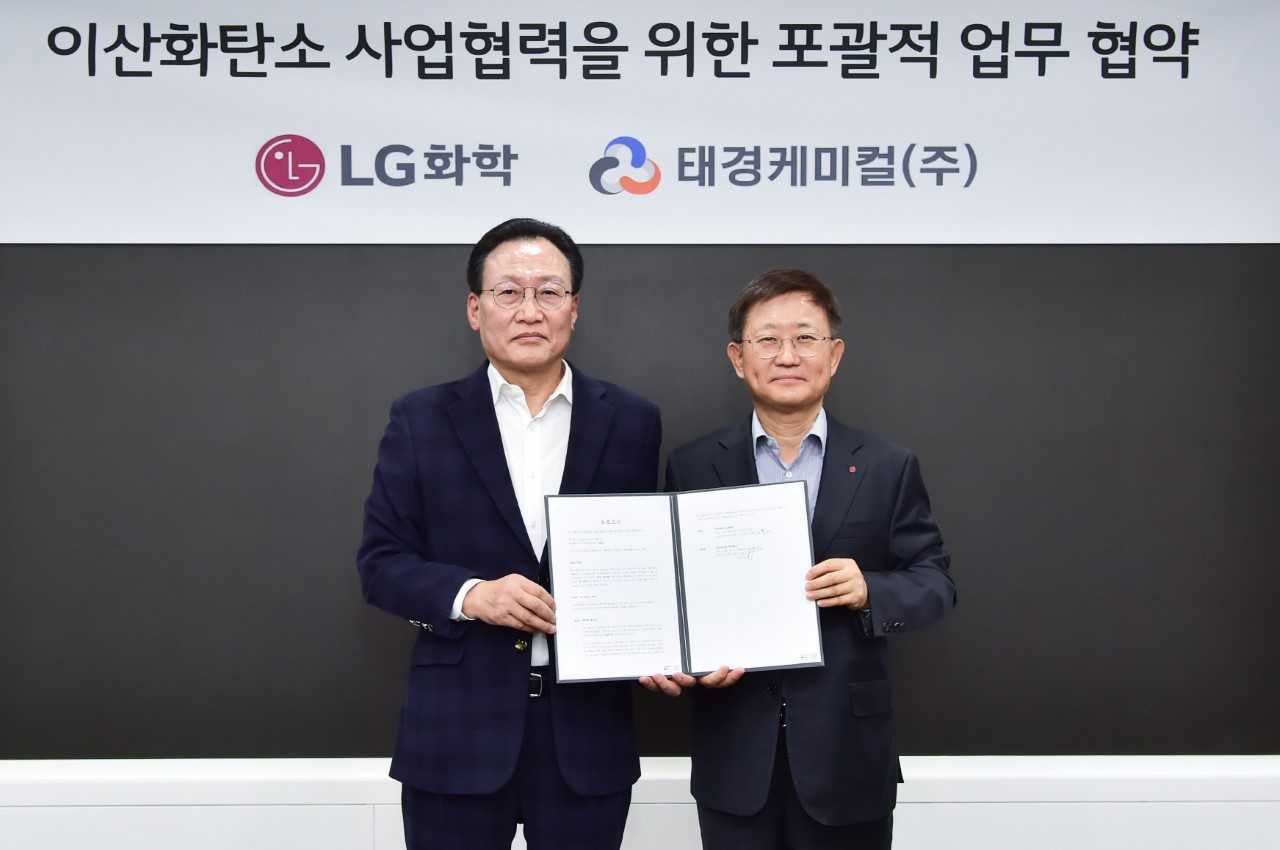 The plant, to be located in its Daesan complex, some 75 kilometers southwest of Seoul, will have an annual production capacity of 50,000 tons of hydrogen by the second quarter of 2024, with the construction work to start early next year.

The facilities for cracking naphtha at a high temperature, known as naphtha cracking centers, produce petrochemical feedstocks like ethylene and propylene.

By replacing naphtha with hydrogen, the firm said it would reduce its carbon emissions by about 140,000 tons per year.

LG Chem said it plans to increase the use of hydrogen and other renewable fuels by up to 70 percent by 2025. The firm will consider expanding related facilities depending on effectiveness and productivity.

It also added that it aims to build a value chain to reuse CO2 produced in the hydrogen production process, in partnership with local carbon dioxide maker Taekyung Chemical.

Under the partnership, LG Chem will collect carbon dioxide to be reprocessed by Taekyung for carbonated beverages and dry ice.