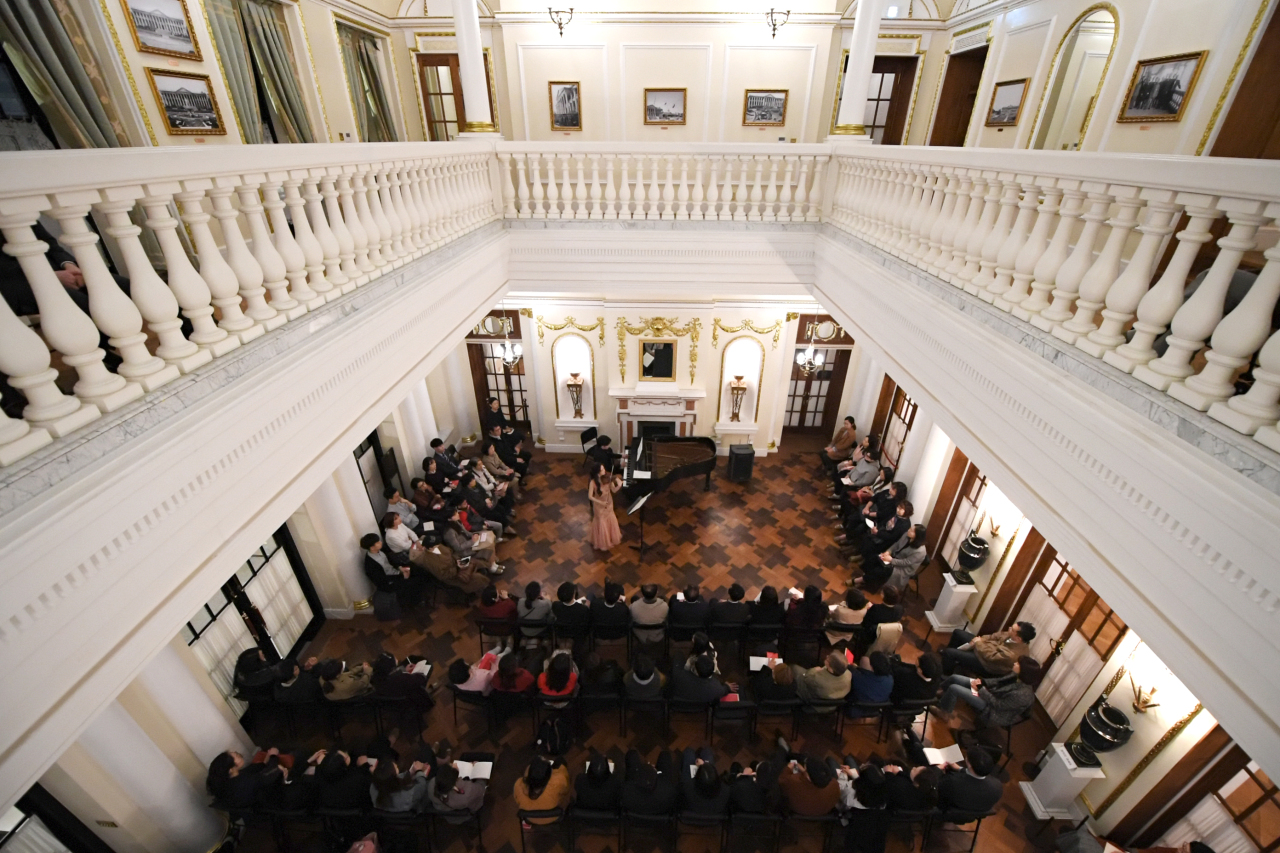 Since 2015, several concerts have been performed at the venue. Historical records show that Korean pianist Kim Yeong-hwan performed recitals for King Gojong at the Seokjojeon main hall in the early 1910s. 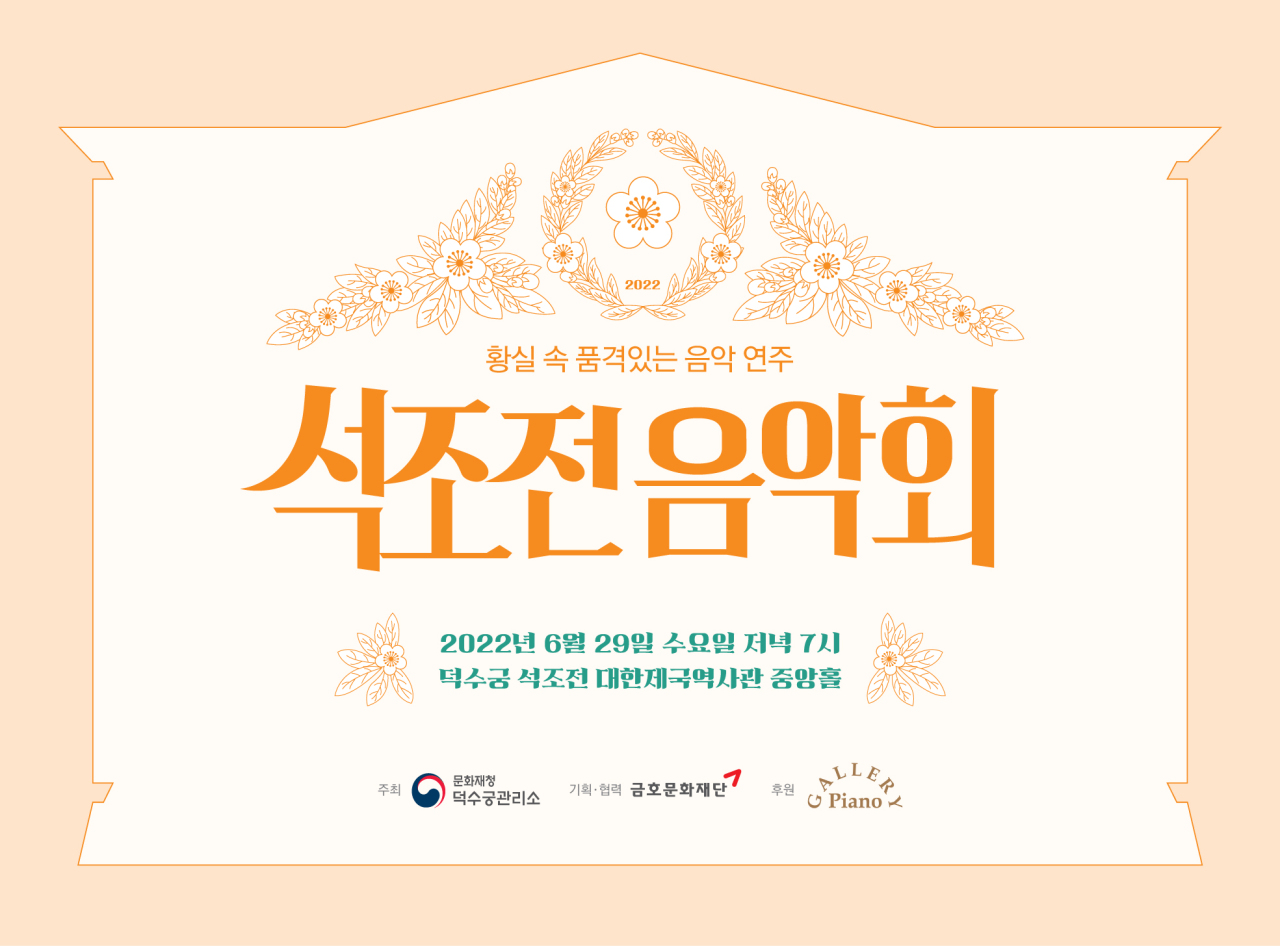 Poster for the upcoming music concert at Seokjojeon (CHA)
Brief introduction to the music and the composers will be provided during the program.

Tickets will go on sale at 10 a.m., Wednesday at the Deoksugung Palace website.

Admission is free and 80 seats will be made available online.

An additional 10 seats will be available on-site for visitors aged 65 and older and foreigners on a first-come first-served basis.