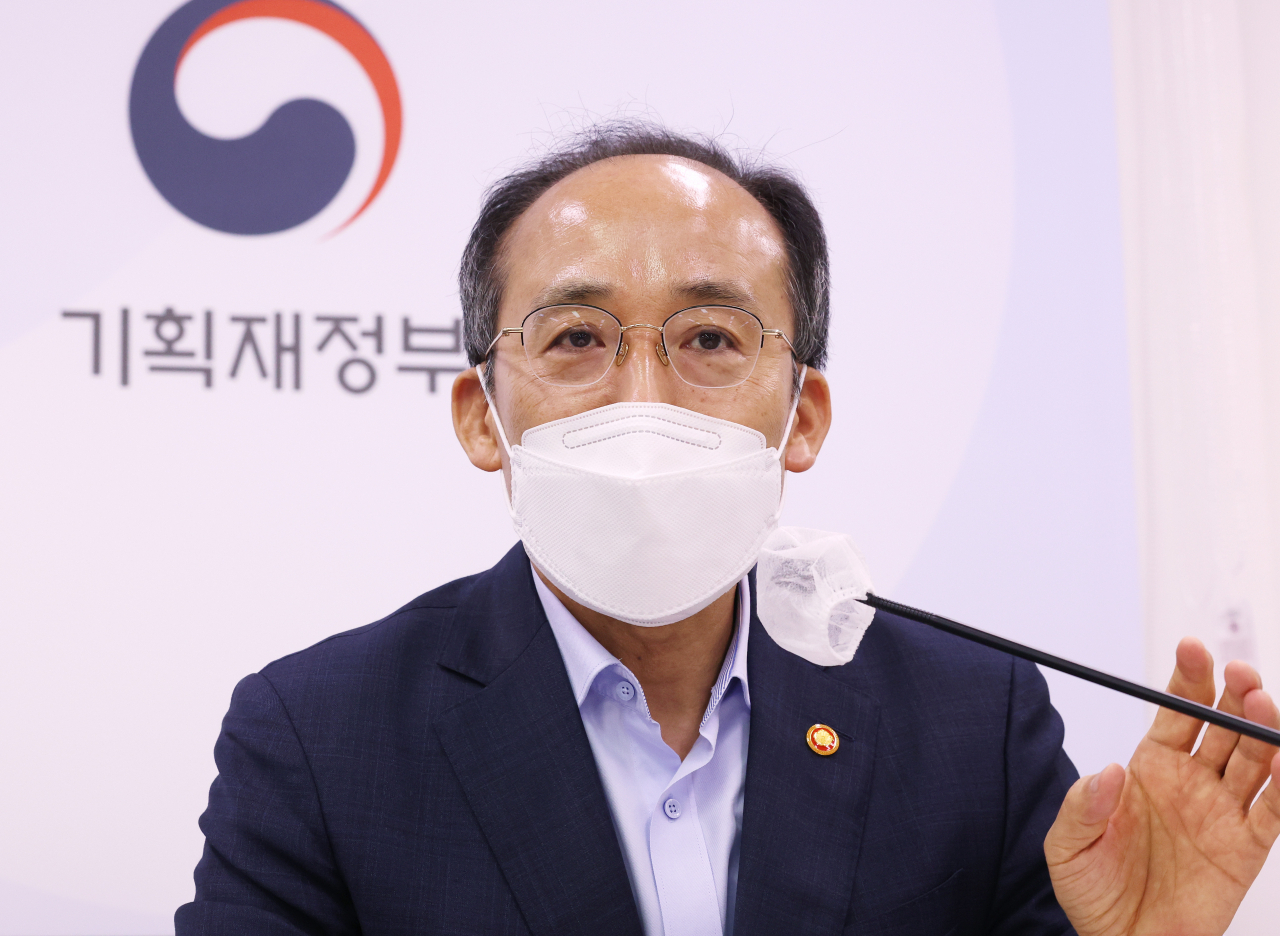 Finance Minister Choo Kyung-ho, who doubles as the deputy prime minister for economic affairs, speaks during a press conference at the government complex in Sejong, central South Korea, on Monday. (Yonhap)

South Korea is ready to take appropriate action in response to any one-sided movements in the local foreign exchange market, the country's top financial policymaker said Monday in his latest remark apparently aimed at easing growing market anxiety amid the US' aggressive monetary tightening and worries over global recession.

"Relevant authorities will take action in an appropriate manner in case that there is a one-side movement in the market due to anxiety," Finance Minister Choo Kyung-ho told reporters.

The minister, however, declined to comment on what would constitute a proper range of the won-dollar exchange rates, saying that such remarks could cause misunderstanding in the market.

The local currency has been losing ground against the US dollar as investor appetite for risk has declined amid global inflation and recession woes. On Monday, the won fell to an intraday low of 1,295.3 won against the greenback for this year.

Last week, the Fed hiked its interest rate by 0.75 percentage point, the first such steep rate increase since November 1994. Worries are growing that the US central bank might continue to push for sharp rate hikes down the road to tame the highest inflation in about four decades.

In a verbal intervention to forestall further declines in the won ahead of the Fed's rate decision, the finance ministry said last week that authorities will take measures to stabilize the foreign exchange market, if needed. (Yonhap)