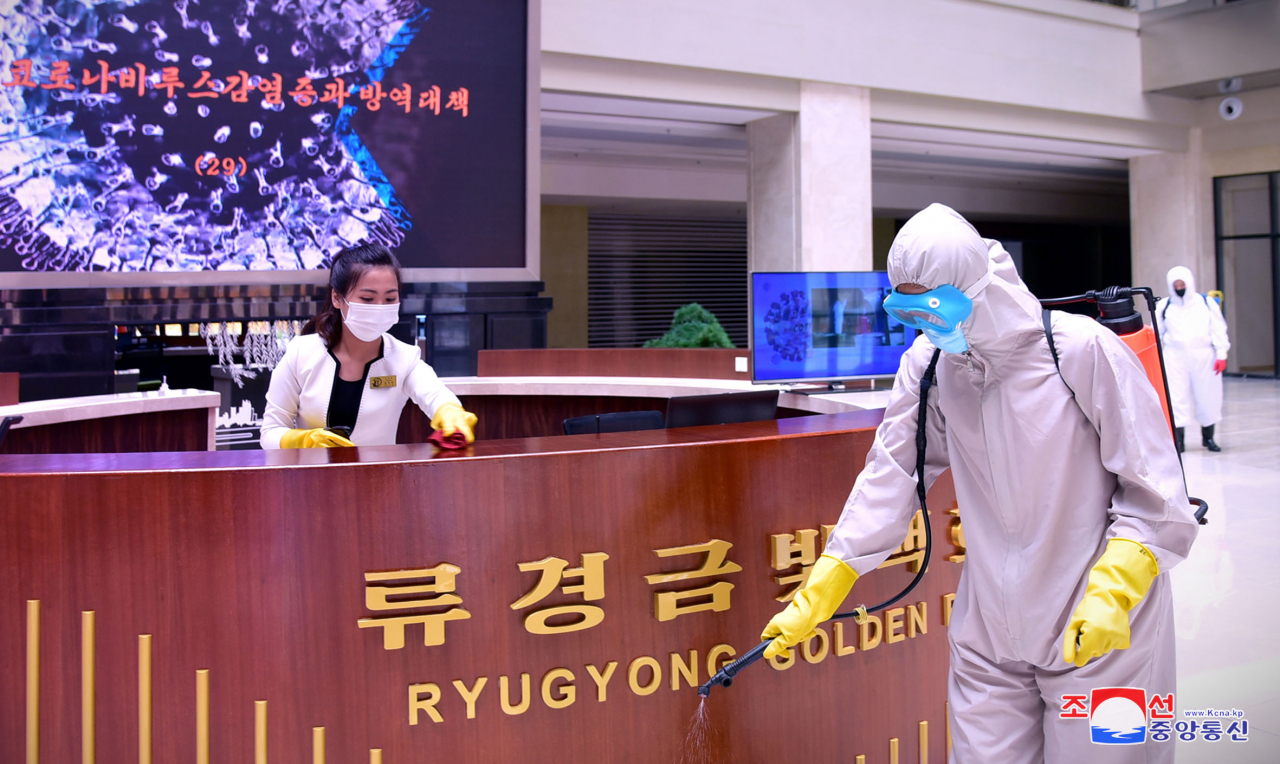 North Korea's new suspected COVID-19 cases remained below 20,000 for the second consecutive day, according to its state media Monday.

It did not provide information on whether additional deaths have been reported. As of last Wednesday, the death toll stood at 73, with a fatality rate of 0.002 percent.

The total number of fever cases since late April came to over 4.63 million as of 6 p.m. Sunday, of which more than 4.6 million have recovered, and at least 31,540 are being treated, it added.

The country's daily fever tally has been on a downward trend after peaking at over 392,920 on May 15.

The North has reaffirmed the "degrees of quarantine and lockdown" to fight the pandemic, the KCNA reported without elaborating.

Pyongyang continued to urge its people to stay vigilant against COVID-19 amid an outbreak of another infectious disease in the country's southwestern region.

"Arbitrary interpretations and jumping into conclusions should be avoided at all costs in the quarantine battle that requires unity in awareness among the entire people," the Rodong Sinmun, the country's main newspaper, said.

Last Thursday, the North reported an outbreak of an "acute enteric epidemic" in Haeju City and Kangryong County in South Hwanghae Province. It did not specify what the disease is.

The KCNA added that the country is ramping up efforts to identify the cause of the outbreak, carry out disinfection work and treat patients in the region.

On May 12, North Korea disclosed its first COVID-19 case after claiming to be coronavirus-free for over two years. (Yonhap)