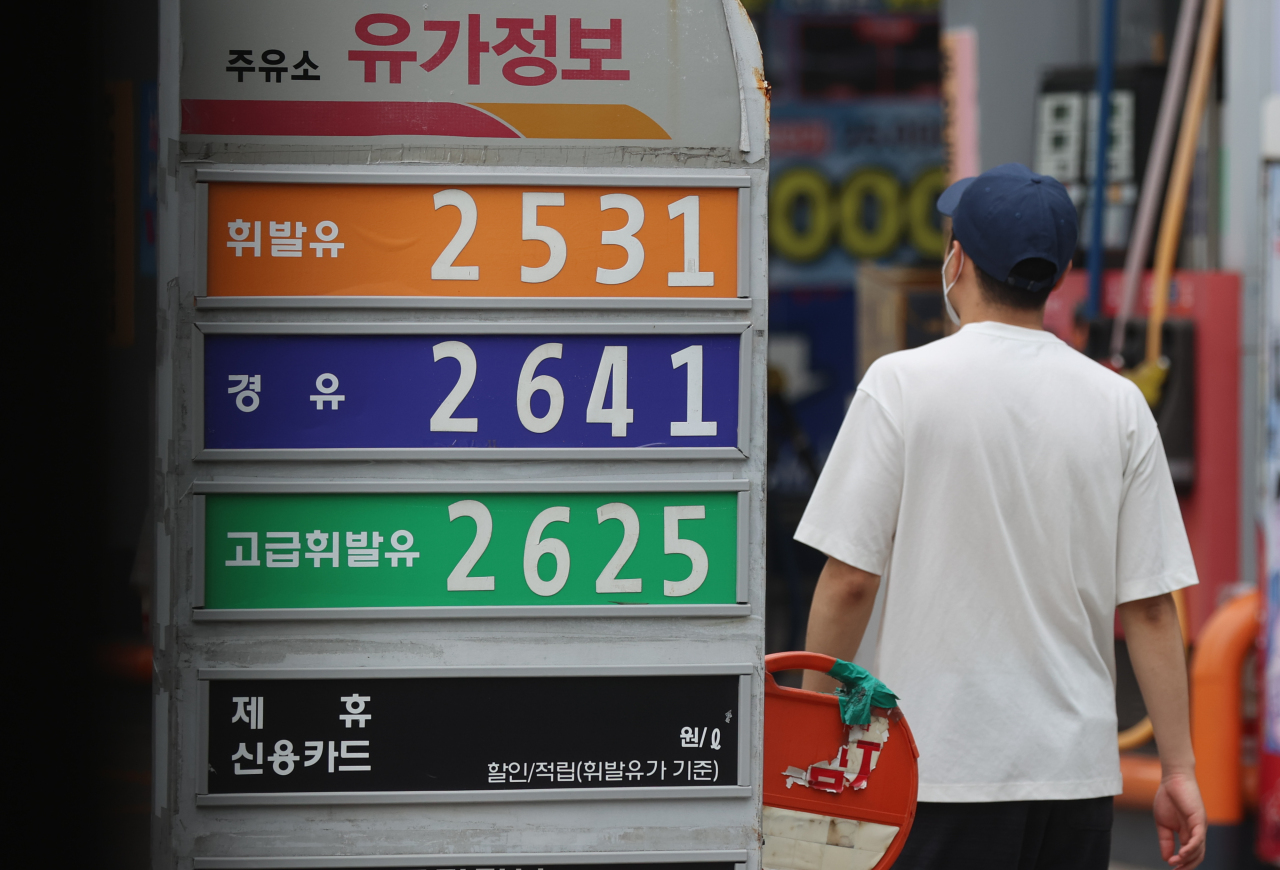 A gas station in Seoul shows the retail price of gasoline and diesel on Sunday. (Yonhap)
The South Korean government on Sunday decided to further extend tax cuts on fuel consumption as part of efforts to ease inflationary pressure from surging energy costs.

Starting next month, the legal cap of fuel tax cuts will be increased to 37 percent from the current 30 percent. The tentative measure will be effective until the end of this year.

"The government will immediately implement measures to ease the burden from high oil prices,” Finance Minister Choo Kyung-ho told reporters in a briefing.

Following the measure, taxes on petrol and diesel will be reduced by 37 won ($0.029) and 38 won per liter, respectively.

The latest decision comes as gas prices have surged to record highs in recent weeks. On Saturday, diesel prices hit a record of 2,112 won per liter, while petrol prices rose to 2,104 won on the same day, according to the Korea National Oil Corp.

Amid fears of an oil price spike this summer, critics say the heightened tax cuts could have a limited impact in improving consumer sentiment.

The nation’s consumer prices jumped 5.4 percent on-year in May, the fastest rise in almost 14 years and a pickup from a 4.8 percent spike in April.

As part of efforts to ease inflation-related concerns, the government also plans to double income tax deduction rates for public transit use to 80 percent from the second half of this year.

On Sunday, the government also said it would minimize rate hikes for energy costs, although the nation’s state-run energy companies are calling for rate hikes, citing rising prices of raw materials.

The Korea Electric Power Corporation has called on the government to allow it to raise the electricity rate by 3 won per kilowatt hour from the third quarter of this year.

“The government will make its best efforts to minimize the pace of hikes in electricity and gas rates, which are under upward pressure due to soaring global energy costs,” Choo added.