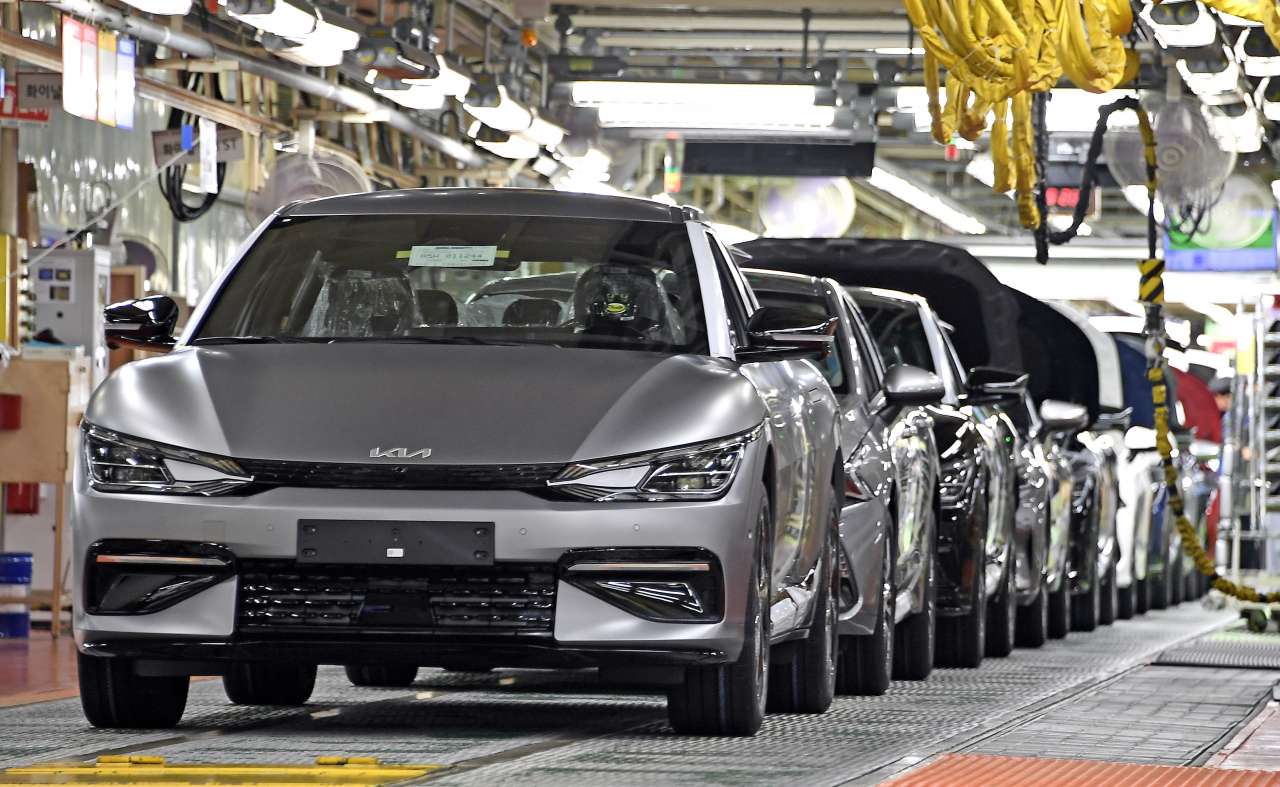 Kia EV6 being manufactured at Kia’s manufacturing plant in Hwaseong, Gyeonggi Province (Kia)
South Korean automotive duo Hyundai Motor and Kia have hit a 3 million milestone in sales of eco-friendly cars, 14 years since their first hybrid models debuted back in 2009.

According to Hyundai Motor Group on Sunday, its two brands sold a total of 3,006,414 units of eco-friendly cars over the past 14 years. The figure makes up 3.2 percent of their total car sales during the same period.

Until 2016, eco-friendly cars took up less than 1 percent of the total number of cars sold that year, but the figure has continued increasing, hitting the highest 11 percent last year.

Even though their car sales were hit hard by chip shortages and the war in Ukraine, sales of eco-friendly models have continued to grow.

From January to May this year, the two brands sold 393,509 units of eco-friendly cars, a 42.6 percent surge from the same period last year. During the same period, their overall sales fell by 5.9 percent to 2.6 million units.

Over the past 14 years, the most popular type of eco-friendly car has been hybrids which made up 62.4 percent of sales, while EVs and plug-in hybrids took up 26.2 percent and 10.5 percent, respectively.

In the meantime, fuel-cell EVs have yet to secure a footing here, possibly due to a lack of charging stations and lower awareness among consumers.

With gas prices skyrocketing and raising calls for carbon neutrality, the Korean duo are expected to see record sales of eco-friendly cars this year.

Their new EVs, including Ioniq 6 and Niro EV, are hitting the market in the latter half of this year.

“The fact that we sold over 3 million eco-friendly cars is very encouraging for us as we are actively promoting the transition into electrification. We will continue to increase eco-friendly car sales with our high-quality eco-friendly car models,” said an official from Hyundai Motor Group.