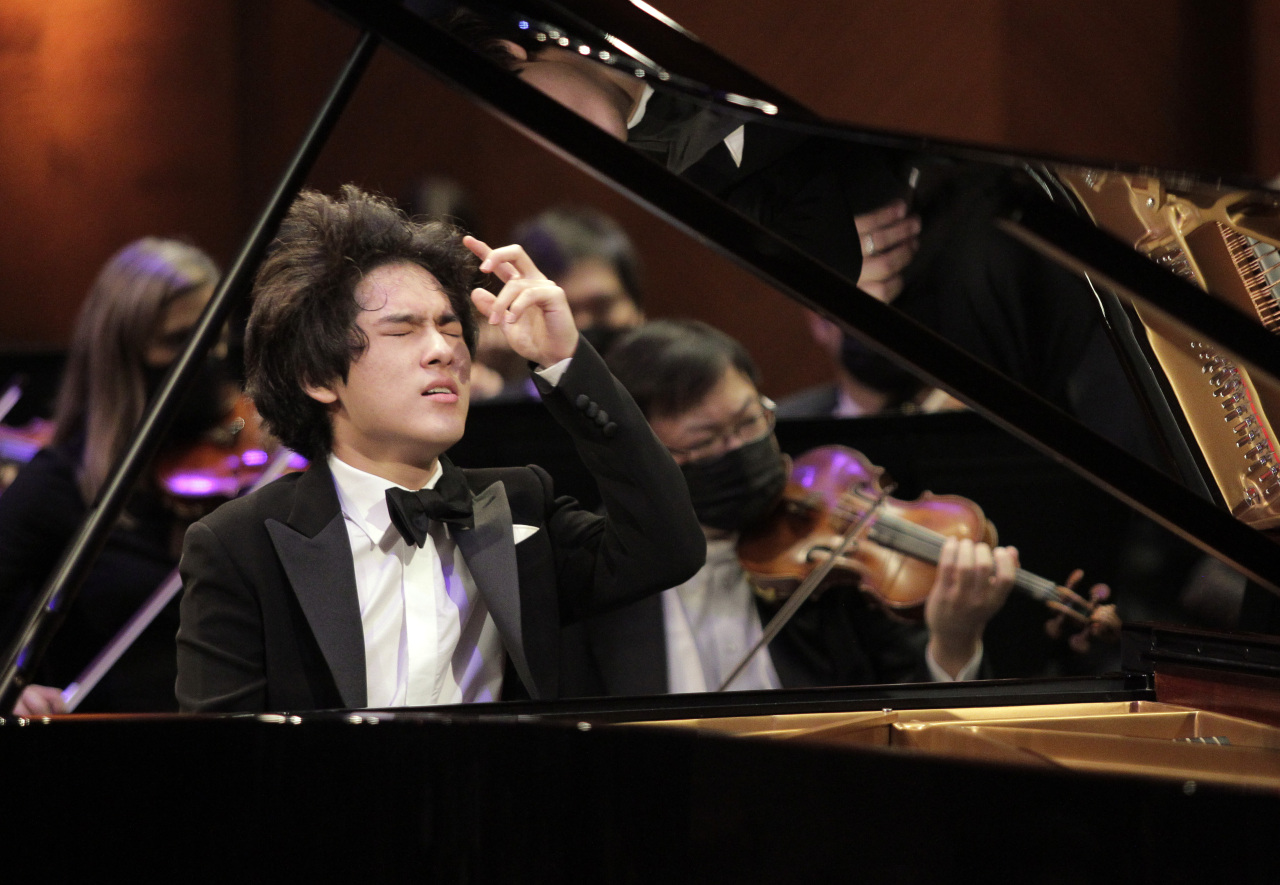 Lim, the youngest to win the competition’s gold medal, also took home two additional awards: the audience award and the best performance of a new work. Lim also won a cash prize of $100,000 for the gold medal and $7,500 for the special awards. For the next three years, he will also get substantial management support and opportunities for performing around the world, mentoring, public relations and album releases.

The silver medal went to Anna Geniushene from Russia and the bronze to Dmytro Choni from Ukraine. Six finalists were chosen on June 12 and were required to perform two concertos selected from two separate lists with the Fort Worth Symphony Orchestra and conductor Marin Alsop. For the final round, Lim played Beethoven’s Piano Concerto No. 3 in C Minor, Op. 37 and Rachmaninov’s Piano Concerto No. 3 in D Minor, Op. 30.

Commenting on Lim’s win, Marin Alsop, the chair of 10-jury group, said Lim stood out even among all of the finalists who showed exceptional musicality and artistry. “Throughout these last three weeks, but particularly his spectacular performance of Rachmaninov’s third piano concerto showed that even at the age of 18 he already exhibits exceptional depth and dazzling technique,” she noted.

Lim said he participated in the competition to check himself and where he stood in terms of the maturity of his music.

“I am more worried than anything else," Lim said after winning the competition. "I wanted my music to become deeper, and if that desire reached the audience, I’m satisfied," he added.

A native of Siheung, Gyeonggi Province, Lim is among the few Korean winners of an international competition without any experience of studying abroad. Asked about his plan to study abroad in the future during the press conference on Saturday local time, he said, “That could be my next step. But I do have a great teacher in Korea, and to make the decision, I’ll discuss the possibility with my teacher after this competition is over.”

At the press conference, Lim also shared the humble beginning of his musical journey. “There were many hagwon at my apartment complex, and most of my friends were learning something like taekwondo. But since I wasn’t doing anything, I started learning the piano and fell in love with the music,” he said. Hagwon are private after-school educational institutions in South Korea.

Lim launched onto the international music stage when he was 14. He won second place for the Chopin Special Award in his first-ever competition, the Cleveland International Piano Competition for Young Artists in 2018.

That same year, he stood out as the youngest participant in the Cooper International Competition, where he won both the bronze and the audience prize. This also provided him the opportunity to perform with the Cleveland Orchestra. In 2019, at the age of 15, he was the youngest to win Korea’s Isang Yun International Competition, where he also took home two special prizes.

The Van Cliburn Competition was launched in 1962. It was named after Van Cliburn, an American concert pianist who won the first Tchaikovsky Competition in Moscow at the height of the Cold War in 1958.

The competition has been held in a four-year cycle since 1962, but the 2022 edition took place five years after the previous competition. In 2017, Sunwoo Ye-kwon became the first-ever Korean gold medalist. Other South Korean winners also include Joyce Yang (2007) and Son Yeol-eum, both of whom won a silver medal.

For the 2022 competition, a total of 388 pianists from around the world participated in a preliminary video screening, among whom 30 were selected. A total of 12 pianists including three other South Korean pianists -- Shin Chang-yong, Kim Hong-ki, and Park Jin-hyung -- advanced to the semifinal round that took place over five days.