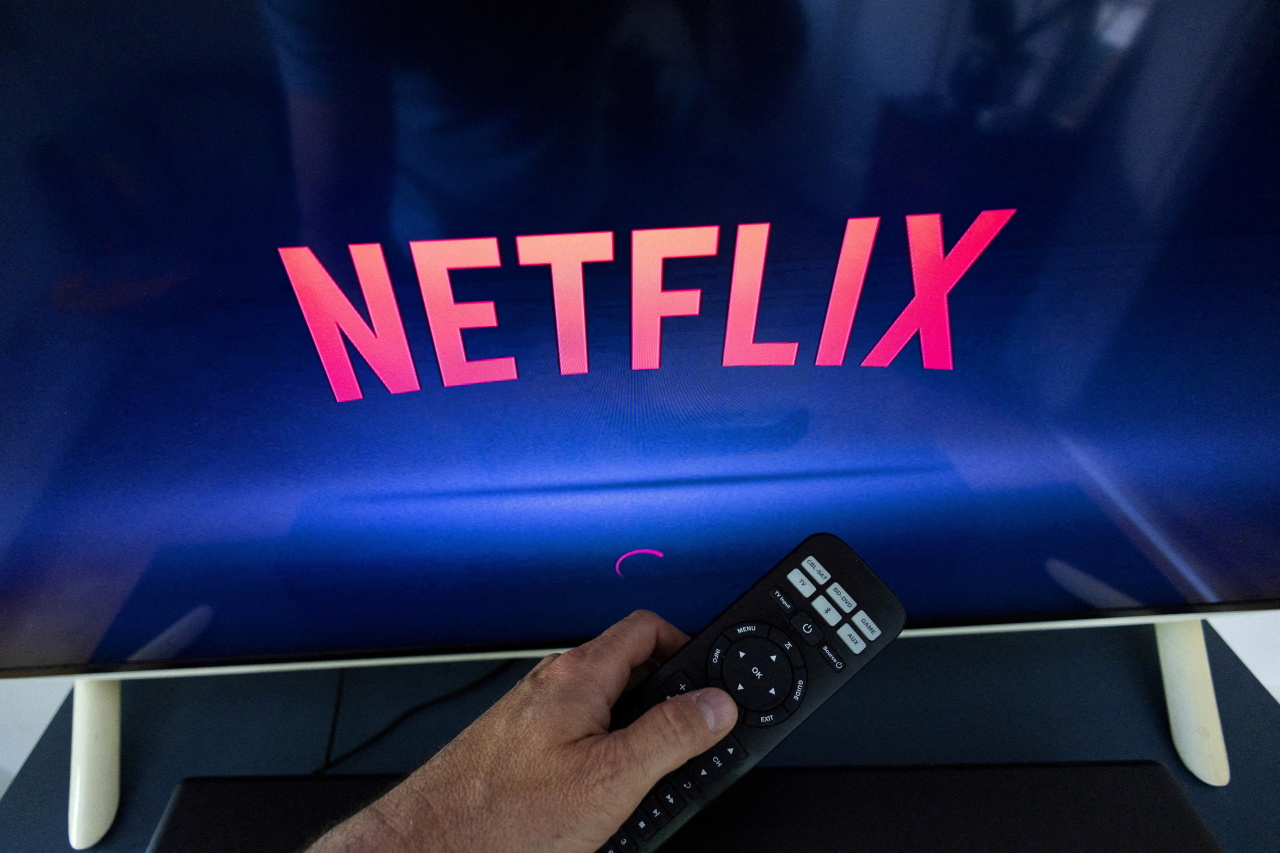 A Netflix logo is shown on a TV screen in the file photo taken May 9. (Reuters-Yonhap)
Litigation in the high court between internet provider SK Broadband and global streaming service Netflix is taking a twist, as Netflix invokes new logic to argue it has no obligation to pay network usage fees to the South Korean company.

Legal representatives of Netflix argued in a Seoul High Court trial Wednesday evening that the two companies had consented to the principle that the interconnection of separate internet networks, also known as “peering,” would involve zero payment between the parties concerned.

Lawyers for SK Broadband countered they had not reached consent after they adopted a new model of interconnection since their original negotiations in 2015.

Netflix said in a statement that the two companies had agreed that neither of the parties would be paying for the traffic caused by the other. This resulted in peering through Seattle Internet eXchange, a settlement-free neutral peering point in the United States, and Netflix’s own open connect alliance locations outside Korea -- acting to reduce data traffic -- since January 2016.

“SK Broadband would not have opted for the ‘settlement-free peering’ agreement with us had they intended to require us to pay network usage fees,” Netflix said in a statement.

“SK Broadband was aware that the interconnect technique would involve zero compensation for network usage, and it sought to go further expand peering points.”

SK Broadband, however, said in a statement that conditions between the two had changed since May 2018. Since then, the two companies have agreed to switch from BroadBand Internet eXchange in Japan to SK Broadband’s own leased line for private peering, contrasting with the interconnection structure on the Seattle Internet eXchange.

SK Broadband said the decision was inevitable to keep its internet quality intact, considering the increasing amount of network traffic from Netflix. It added that the two companies agreed to defer the payment negotiations under the new interconnection structure.

Netflix’s statement did not elaborate on the 2018 negotiations with SK Broadband.

This is a twist in Netflix’s rhetoric from that of the district court proceedings, where they insisted SK Broadband’s demand for network usage fees undermines the principle of net neutrality under which end users of content are responsible for the cost of their network access, not content providers.

In June 2021, the district court gave SK Broadband the upper hand, indicating that Netflix is obliged to share the maintenance cost burden for its increased traffic, like other Korean content providers such as Naver and Kakao as stipulated in the “Neftlix law” that has been effective since December 2020.

This is the world’s only legal dispute over who is responsible for the cost of preventing a clog in network traffic. SK Broadband claimed Netflix is responsible, given that its heavy traffic affects the quality of internet service on SK Broadband. Netflix has denied the notion.

Hearings will resume on July 20.