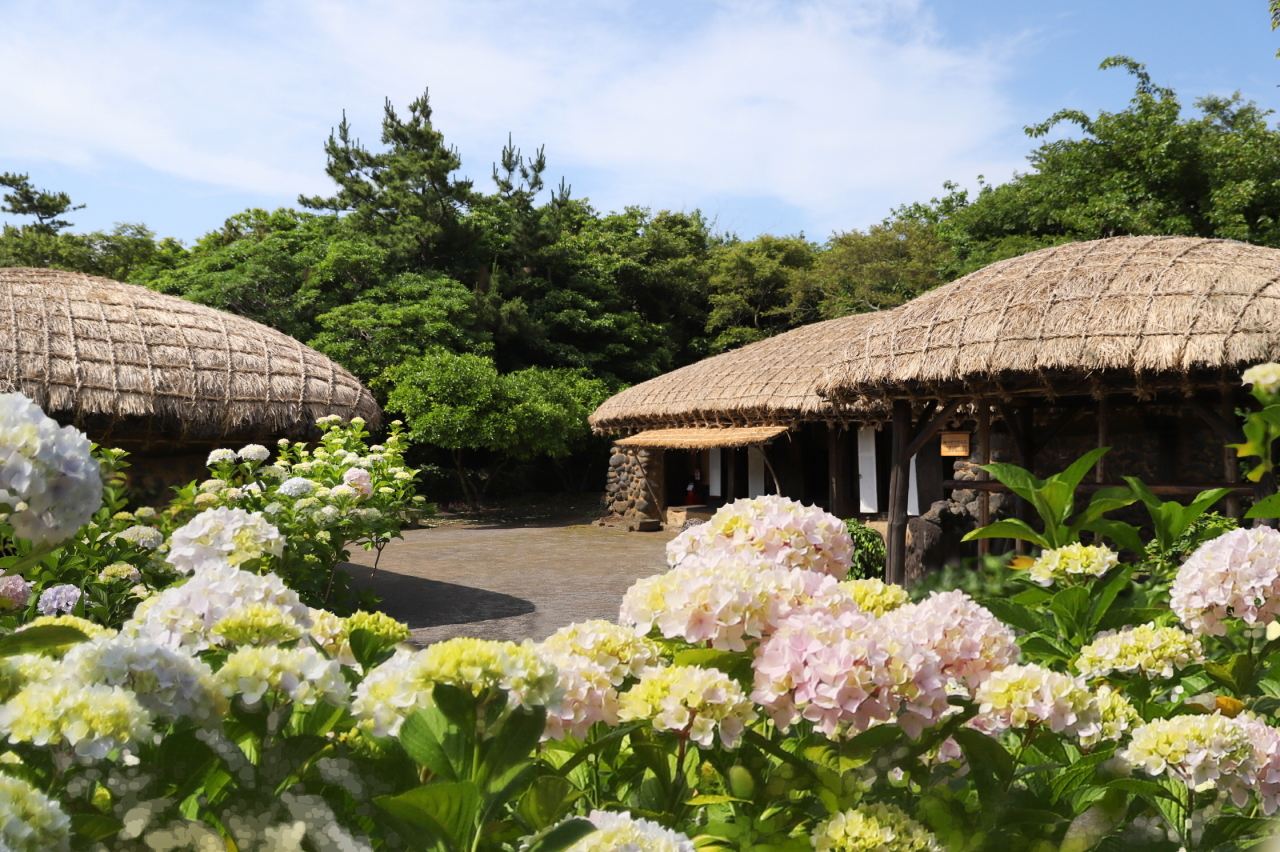 The Hydrangea Festival, which started in June 1, is scheduled to run through June 30 at Jeju Folk Village in Seogwipo, Jeju Island.

With the traditional Korean straw-thatched houses, the festival welcomes the visitors to enjoy the colorful hydrangea while strolling around the tourist site.

Visitors can enjoy both the traditional games and have a chance to make your own hydrangea flowerpot.

The tickets cost 7,000 won for children.

More information can be found at www.jejufolk.com. 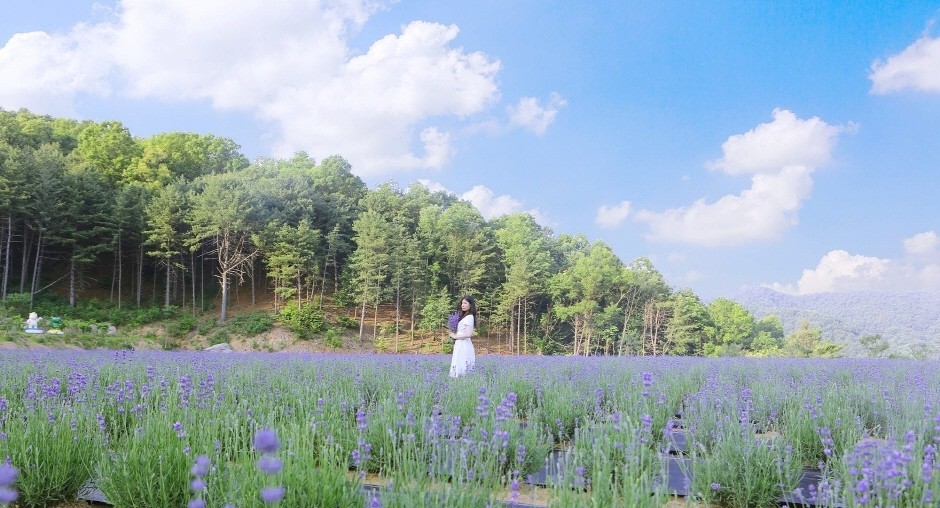 The Lavender Festival will start from June 18 and run through Aug. 31 at Herb Island in Pocheon, Gyeonggi Province.

Herb Island seeks to mesmerize its visitors not only with the purple-colored fields, but also with the aromatic lavenders.

Updated information can be found at www.herbisland.co.kr. 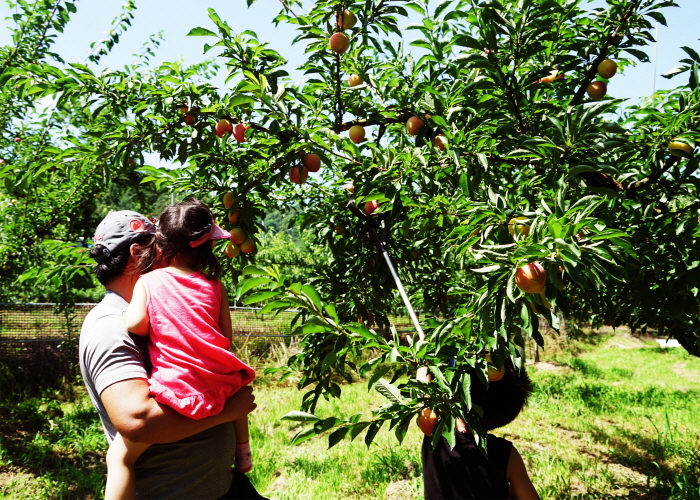 The second edition of the Gimcheon Plum Festival will be held from June 24 to 26 in areas of Sannaedeul Park in Gimcheon, North Gyeongsang Province.

With an attempt to promote the city’s specialties, the festival is set to entertain both visitors and tourists with diverse programs, ranging from plum-related quiz shows, busking from local artists, chef and entertainer Lee Hye-jung’s cooking show, Gimcheon’s plum and grape auction event.

The cooking show will be presented in online-offline hybrid event only on June 25.

The visitors can freely view the plum trees at the farm near Sannaedeul Park.

More information can be found at www.gcjadu.com. 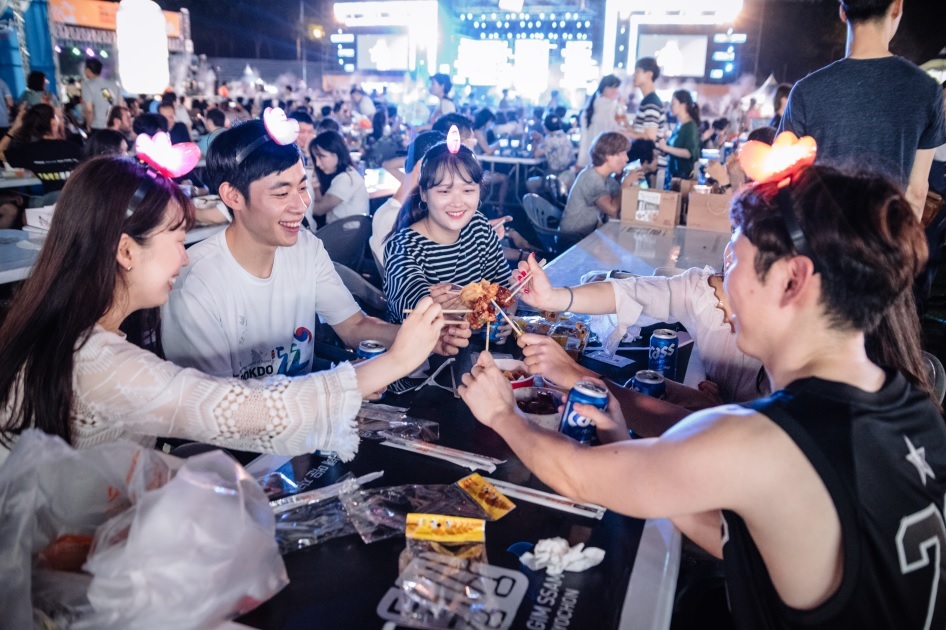 The Daegu Chimac Festival will start from July 6 and run through July 10 in areas of Duryu Park in Daegu.

In response to the Koreans’ enthusiasm for eating chicken with beer, the event is created by combining the two words “chicken” and “maekju,” meaning beer in Korean.

Visitors can enjoy electronic dance music performances and local artists busking, while gorging on the delicious combination of chicken and beer.

Anyone can enjoy the festival, though the purchase of alcoholic beverages is limited to adults.

More information can be found at www.chimacfestival.com. 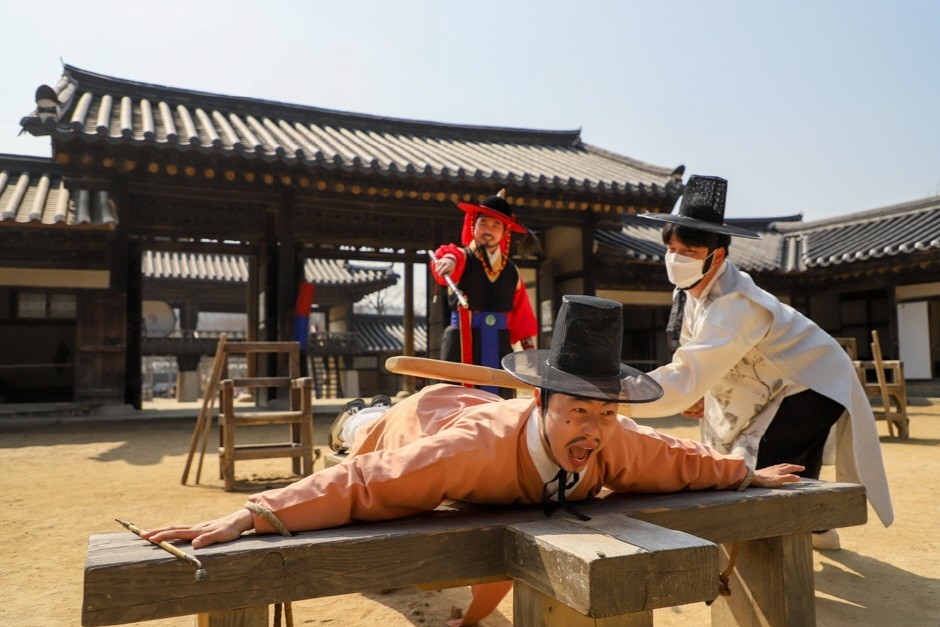 The Welcome to Joseon Festival runs through June 26 at Korean Folk Village in Yongin, Gyeonggi Province.

In addition to the traditional programs, the serene hanok -- traditional Korean homes -- offer an amazing backdrop for Instagram photos.

More information can be found at www.koreanfolk.co.kr.