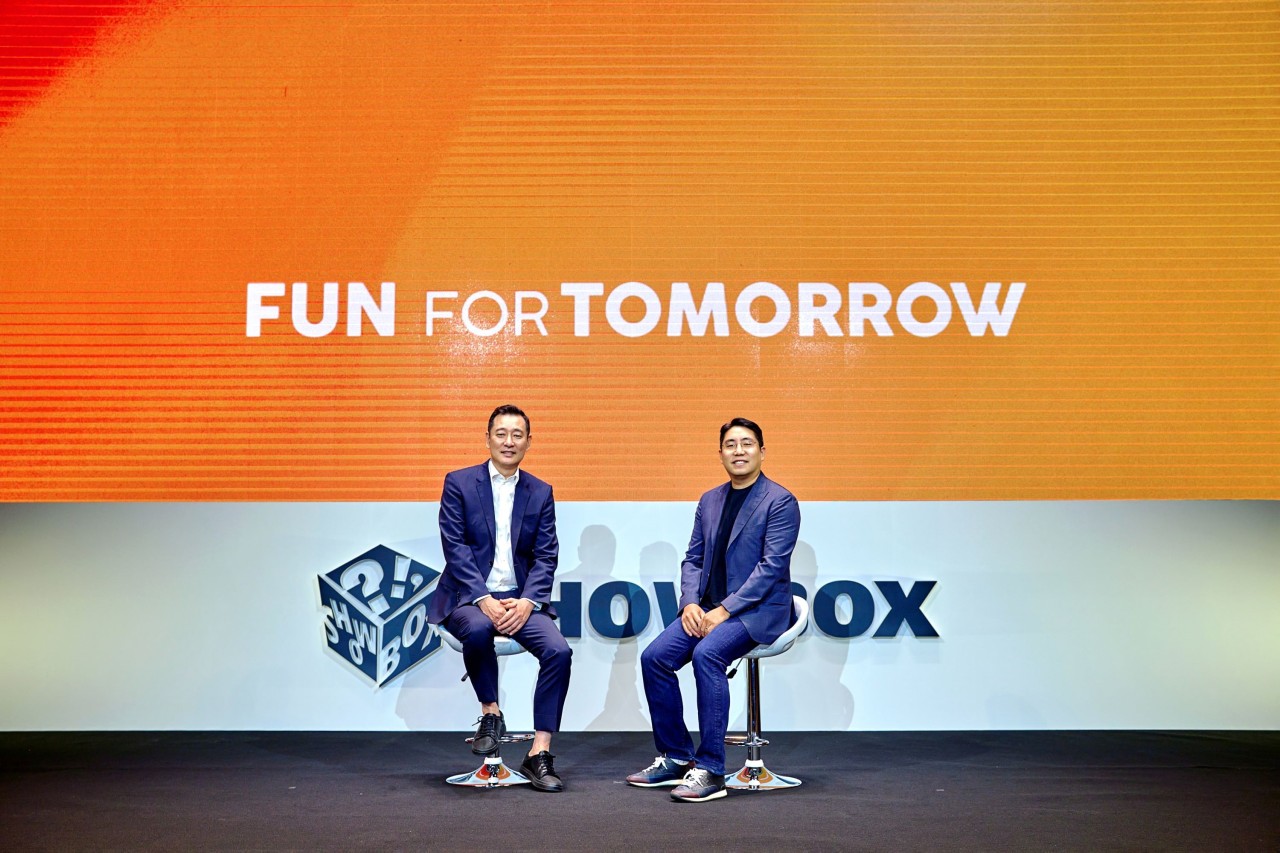 The event came after Showbox -- one of the “big four” Korean film investment distributors -- in April announced that it had secured a 140 billion won ($108 million) in funding from MCG.

The US investment firm was established last year by Koo Bon-woong, also known as Brian Koo. The MCG founder is son of the late LS Group Chairman Koo Ja-hong.

Kim first began his speech on Wednesday by emphasizing that Showbox will further strengthen support for creators producing original content.

“By creating a team that consists of directors, writers, and producers, we will try to support creators,” CEO Kim said. “This opportunity will be open to all creators.”

Kim then gave the stage to Koo, allowing him to talk about their partnership goal.

“Our goal is to remove ‘K’ from ‘K- content,’” Koo said during his presentation.

Koo explained that he sees true globalized content as those that are created from the beginning to target the global market -- not those created for the local market and later exported overseas. The Silicon Valley-based company CEO added that he believes Showbox‘s Korean content can become globalized in this way, and said the company aims to support reaching this goal by connecting content with Web3-based future technology.

Koo also talked about why the company joined hands with Showbox over other competitors in the local market.

“If we only consider financial factors, we could have had different standards (for choosing a partner.) That is not to say that Showbox’s financial status is not good,” Koo said. “If the two companies are not on the same page, we can fail. As we talked with leading Korean firms in the (film) industry, we found that due to workplace politics and Korean cultural elements, it seemed difficult to become partners. But Kim Do-soo had a strong will to do a new project." 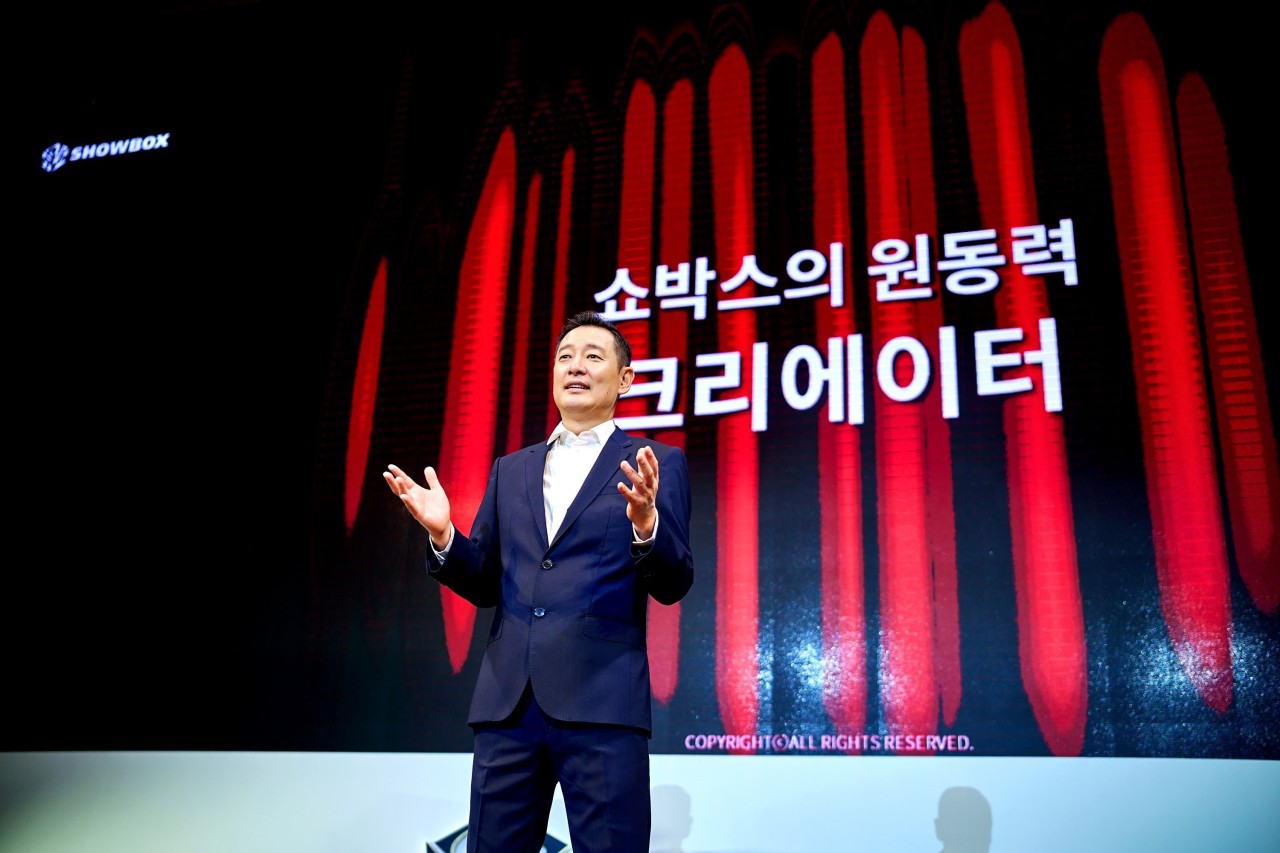 Among them, the Showbox CEO highlighted three films in particular.

“First of all, the most anticipated work is ‘Emergency Declaration,’ since it is scheduled to be released Aug. 3,” Kim said.

Directed by Han Jae-rim, “Emergency Declaration” had its world premiere at last year’s Cannes Film Festival. The star-studded cast, which includes Song Kang-ho, Lee Byung-hun and Jeon Do-yeon, also makes it one of the most anticipated films in Korea this year.

“The filming of director Kim Seong-hun’s ‘Kidnapped’ (working title), starring Ha Jung-woo is almost done. It will finish filming in August and will probably hit the local theaters next summer. I am also excited about director Jang Jae-hyun’s ‘Exhume’ (working title) which has a unique universe of its own. I think we can develop this into ‘Super IP.’”