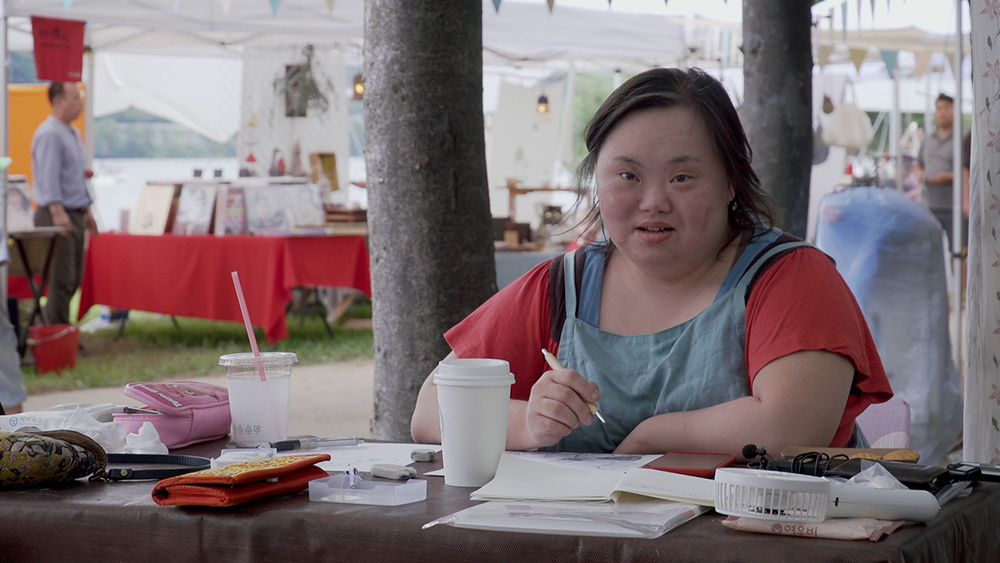 Seo, the father of the protagonist Jung Eun-hye, said he intended to only feature the bright side of his daughter’s life. Jung has Down syndrome.

“There are many documentary films about people with disabilities. They usually feature them with their parents and describe them as people who need help. Parents and siblings usually go through difficulties because of them. Audiences usually feel uncomfortable watching those films,” Seo said during a press conference held at Yongsan CGV on Tuesday.

The director conceded that Jung and his wife Jang Cha Hyun-sil, faced difficulties during filming, but he wanted to focus on how Jung grows and connects to society through her art.

Jung is Jang Cha’s daughter from a previous marriage.

The 86-minute documentary mainly shows how Jung comes out of isolation world by selling her artwork to people in Munhori River Market in Yangpyeong-gun, Gyeonggi Province.

Jang Cha, who is also the film’s producer, talked about why the documentary, filmed over three years, does not deal much with Jung’s family.

“When we roughly edited the film, it was 3 hours and 30 minutes long. My scenes accounted for half of the film and the other half featured Eun-hye. The director asked me if it would be okay to delete all scenes of me,” Jang Cha said.

After watching the re-edited version that focuses only on Jung, the mother said she could see how independent her daughter had become, especially in the scenes where Jung works alone at the Munhori River Market.

“Watching that film, I realized that I was only pretending to be a good mom. I also only thought of my daughter as a person with disabilities who needed help,” she said.

When asked what she thought about the movie, Jung answered without hesitation.

“I watched ‘Please Make Me Look Pretty’ once and then again so many times. I watched it many times so it is boring to me,” she joked. 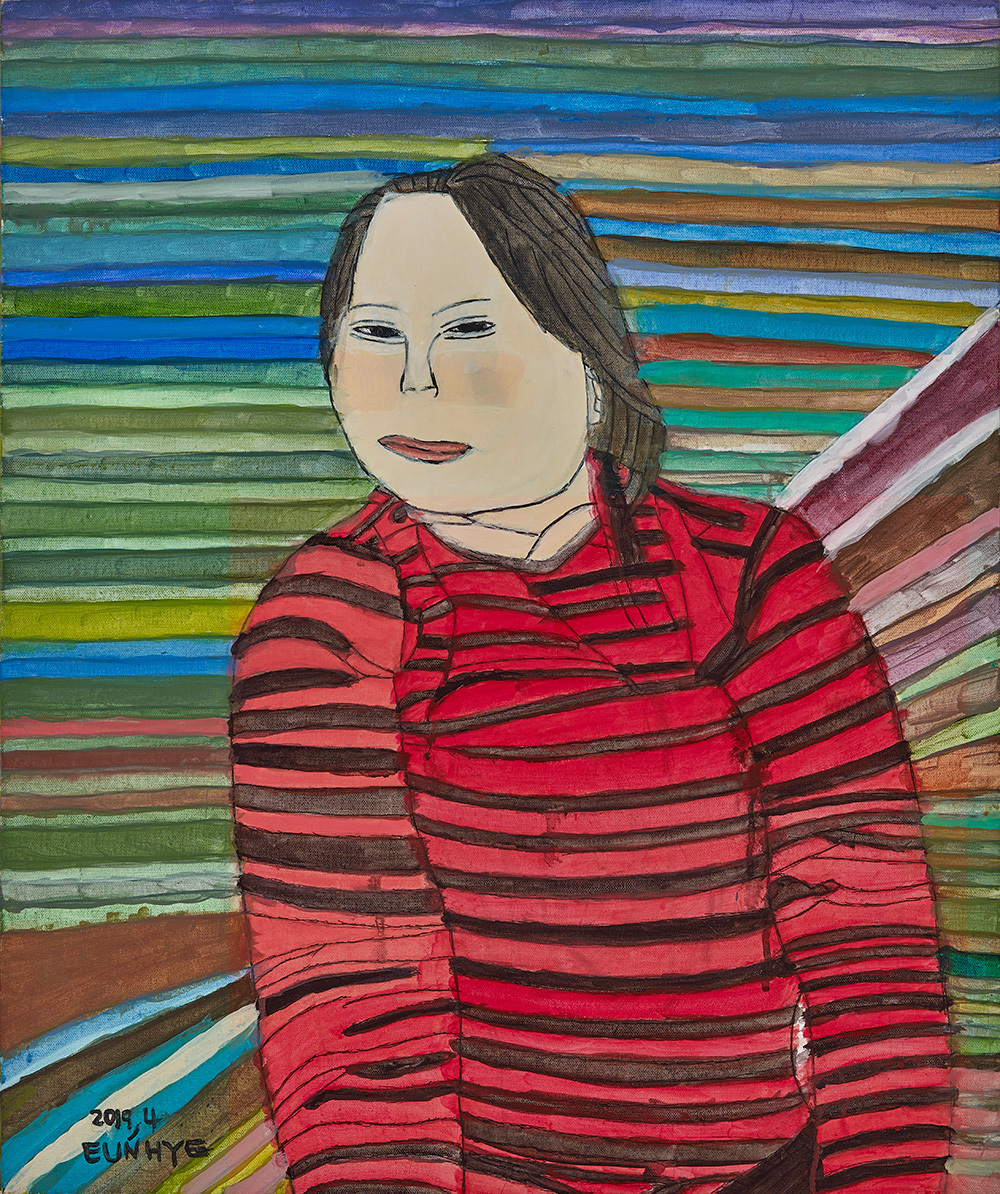 Self-portrait of Jung Eun-hye featured in“Please Make Me Look Pretty” directed by Seo Dong-il (Jinjin Pictures)
“I did not like the part where I talk to myself. … Oh, and also I look fat in the movie.”

Jung recently came to public light by appearing in the popular tvN drama “Our Blues.” Jung performed Young-hee, a character with Down syndrome who has a talent for drawing. The drama showed difficulties that people with disabilities and their families go through but also Young-hee hanging out with other characters in the drama.

“Before appearing in the drama, many people considered Eun-hye’s appearance, facial expressions and the way she speaks due to Down syndrome as something strange. People’s reactions hurt her a lot,” Seo said. “The drama has changed the way people see her. She is still the same Eun-hye but people think of her appearance, facial expressions and the way she talks as lovely and charming, so I am very happy.”