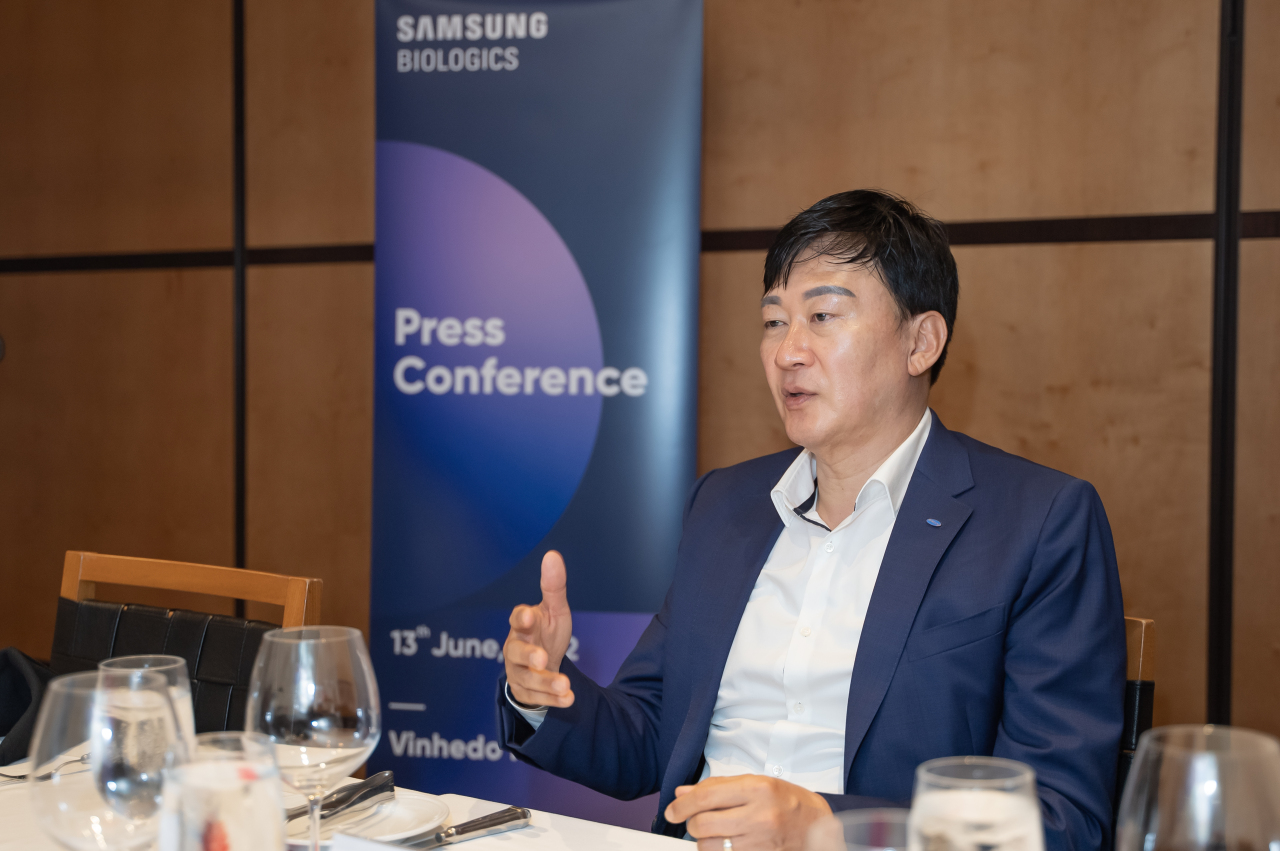 Pointing out that some of the US’ major bio clusters are located in those four states, the CEO added that the CMO giant has not made any decisions and is still reviewing options.

Once Samsung Biologics begins full operation of its fourth megaplant in Songdo, Incheon, the combined production capacity of the four plants would reach 620,000 liters to account for about 30 percent of the entire global demand, according to the company. Plant 4 will have the world’s biggest CMO production capacity in a single facility, at 256,000 liters.

The CEO said the company tried to finish the planned purchase of more land in Incheon for its fifth and sixth plants by the end of May, but could not sign a contract as the government authorities in charge of the matter -- the Incheon mayor and the commissioner of the Incheon Free Economic Zone -- had changed hands due to the June 1 local elections.

According to Rim, the company plan to build Plant 5 and 6 in Songdo remains, but looking ahead, it will have to monitor supply and demand trends of global CMO businesses to see whether it should build more production facilities.

“As of second quarter this year, we have accumulatively secured contracts worth of $7.9 billion through 2028, but the figure could go up to $12 billion or more,” said Rim, implying that the existing deals could be renewed or more agreements could be signed.

For instance, Rim said if antibodies in neurological diseases are developed, Samsung Biologics has the upper hand in securing a deal before its global CMO competitors, such as Lonza, Fuji and WuXi Biologics, as it is able to build a tailored manufacturing facility in 2 1/2 to three years.

Regarding Lotte’s recent announcement to enter the business of contract development and manufacturing organization, the Samsung Biologics’ CEO said it will eventually benefit South Korea and the added competition could lead to more growth.

“Having one’s own bio abilities is very important. In case of (COVID-19) vaccines, if the US had put priorities on themselves, the vaccines would have been blocked,” he said.

Rim called upon the government to support its businesses by giving tax benefits for the CDO sector as there is no such assistance at the moment.