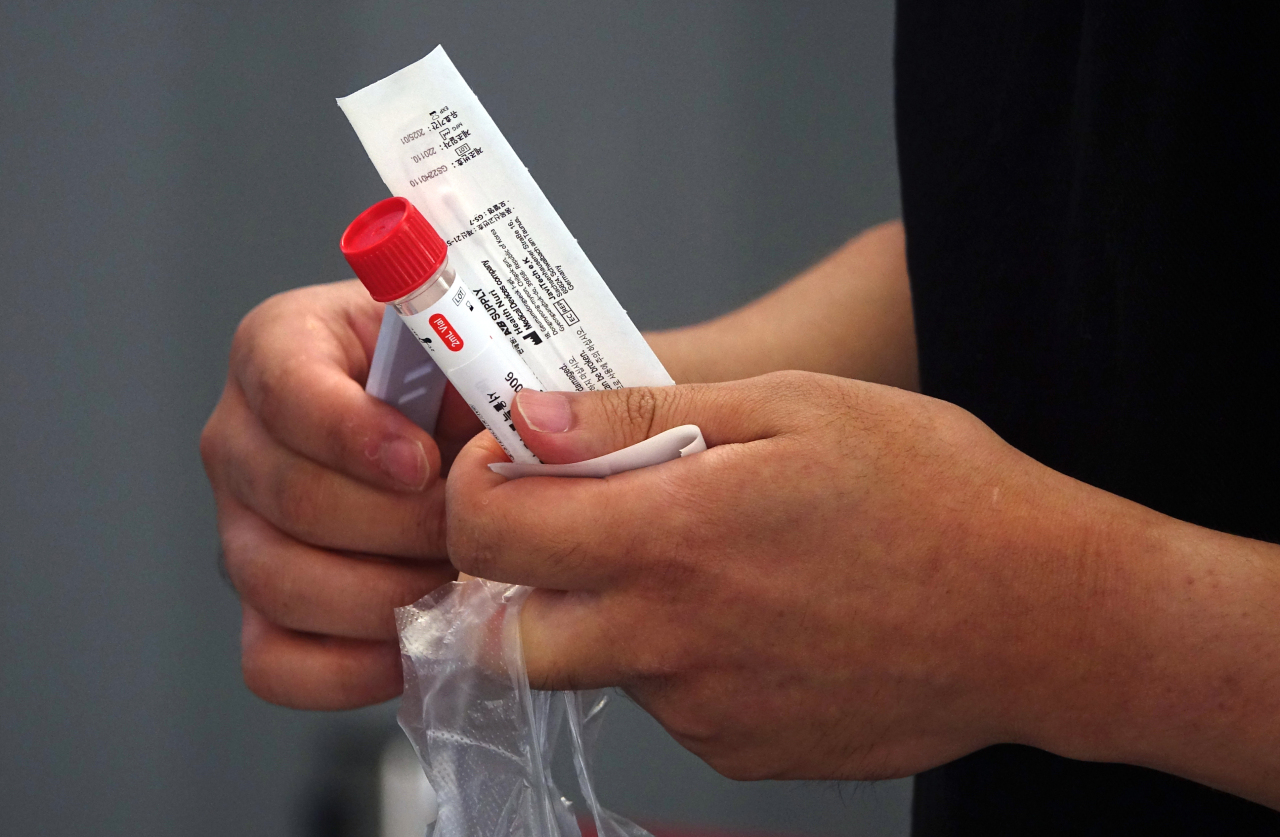 A person visits a local testing facility in Seoul for a COVID-19 test. (Yonhap)
The South Korean government is expected to shorten the country’s COVID-19 quarantine mandate to five days, according to health officials on Tuesday.

Some experts from the government task force have reportedly said that lifting of the quarantine mandate comes with risks of another COVID-19 resurgence.

Lim Sook-young, a senior official at the KDCA, said Tuesday that “the government is reviewing all possible options.”

Lim added that nothing has been decided yet.

The government will introduce measures to compensate COVID-19 treatment costs as patients will be required to pay themselves after the government scraps the quarantine mandate.

South Korea has been considering lifting the quarantine mandate for several weeks amid the weakening pandemic.

Meanwhile, the country’s daily COVID-19 figures bounced back to nearly 10,000 on Tuesday, while the number of deaths came down to a nine-month low.

The increase in the caseload was attributed to the growth in the number of tests on weekdays after declining over the weekend.

Daily infections have shown a downward trend after posting an all-time high of over 620,000 in mid-March.

There were two new deaths recorded, bringing the death toll to 24,390. New deaths came to the lowest figure since Sept. 13, 2021, when a single death was reported.

The fatality rate stood at 0.13 percent.

The number of critically ill patients came to 98, up from 95 the previous day, the KDCA said.

Of the 9,737 locally transmitted cases, Seoul accounted for 1,763 cases, with the surrounding Gyeonggi Province reporting 2,346 cases. There were 590 infections in nearby Incheon.

As of Tuesday, 44.61 million people, or 86.9 percent of the population, had completed the full two-dose vaccinations, and 33.34 million, or 65 percent, had received their first booster shots.

About 4.27 million people, or 8.3 percent of the population, had gotten their second booster shots, the KDCA said.