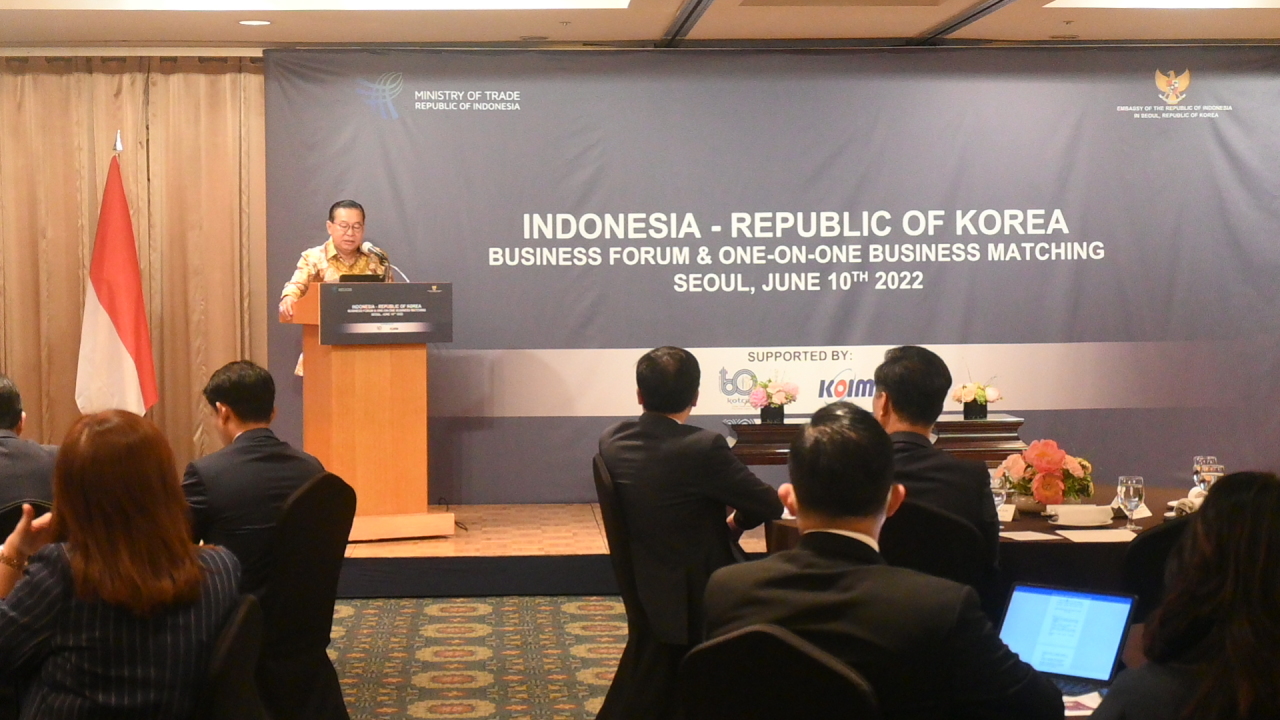 Economic links could be improved by removing economic and trade bottlenecks, particularly in energy transition, the digital economy, health and global supply chains, he said.

Sending trade and investment missions to Indonesia and Korea to boost people-to-people exchanges and increase understanding of economic opportunities is a key priority for Indonesia, the ambassador said.

Underlining emerging areas of cooperation in creative industries, Sulistiyanto said there is a growing awareness of “batik,” Indonesia’s traditional wax-dyeing technique, in the Korean market.

He also spoke about the latest developments by Indonesia and Korea such as the supply of industrial urea, infrastructure, petrochemical complexes, electric vehicle ecosystems, decommissioning and reutilization of offshore plants and the digital economy.

The forum was joined by Indonesian Vice Minister of Trade Jerry Sambuaga. 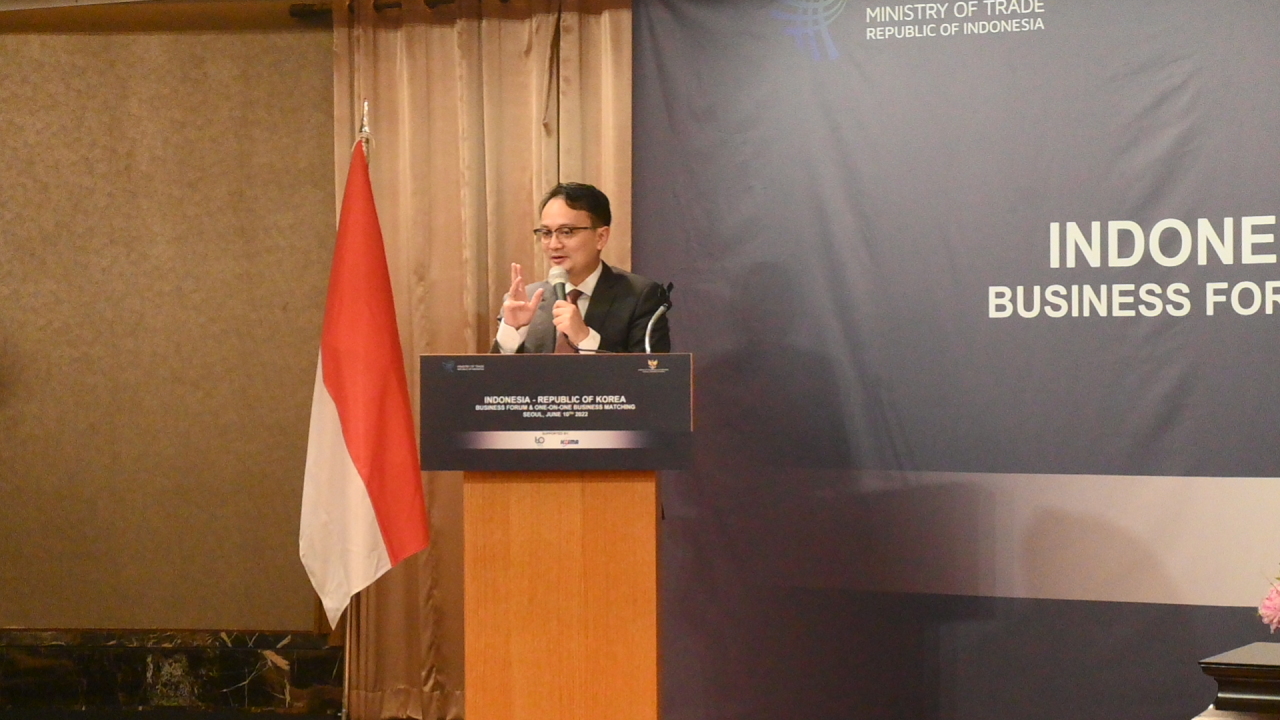 Indonesian Vice Minister of Trade Jerry Sambuaga delivers a keynote speech at the Indonesia-Korea Business Forum hosted by the Indonesian Embassy in Seoul at Lotte Hotel in central Seoul on Friday. (Sanjay Kumar/ The Korea Herald)
Sambuaga, in his keynote speech, encouraged Indonesian and Korean traders to strengthen cooperation and utilize business opportunities in Indonesia.

Indonesia was already the world’s 15th-largest economy, with a GDP of $1.15 trillion and a population of 276 million, he said.

Under Indonesia’s 2045 vision, the country aims to achieve an average growth of 5.7 percent every year, making it a high-income country by 2036 and the world’s fifth-largest economy by 2045, with the middle class making up 70 percent of its population.

“This year’s G-20 presidency of Indonesia would be a huge momentum for Indonesia and Korea,” said Sambuaga.

With the CEPA, Indonesia and Korea agreed to elevate relations in industry, infrastructure, employment, economic and trade, which would widen the window for Indonesia’s food and beverage, coffee and fisheries products.

“We must support each other in implementing productive and adaptive regulation,” Sambuaga told The Korea Herald after concluding his keynote speech.

“Every country has its own agenda, interests and priorities. As for Indonesia we are trying to build a good ecosystem because we believe digital products -- crypto, nonfungible tokens and metaverse -- are essential,” said the vice trade minister.

He said Indonesia, by law, defines crypto as a commodity, not a currency.

“Our priority is consumer protection,” he told The Korea Herald, adding that Indonesia is working to build a more integrated ecosystem for cryptocurrency exchanges.

Meanwhile, a panel discussion on strengthening trade, investment and economic partnership between Indonesia and Korea was also held on the sidelines of the forum.