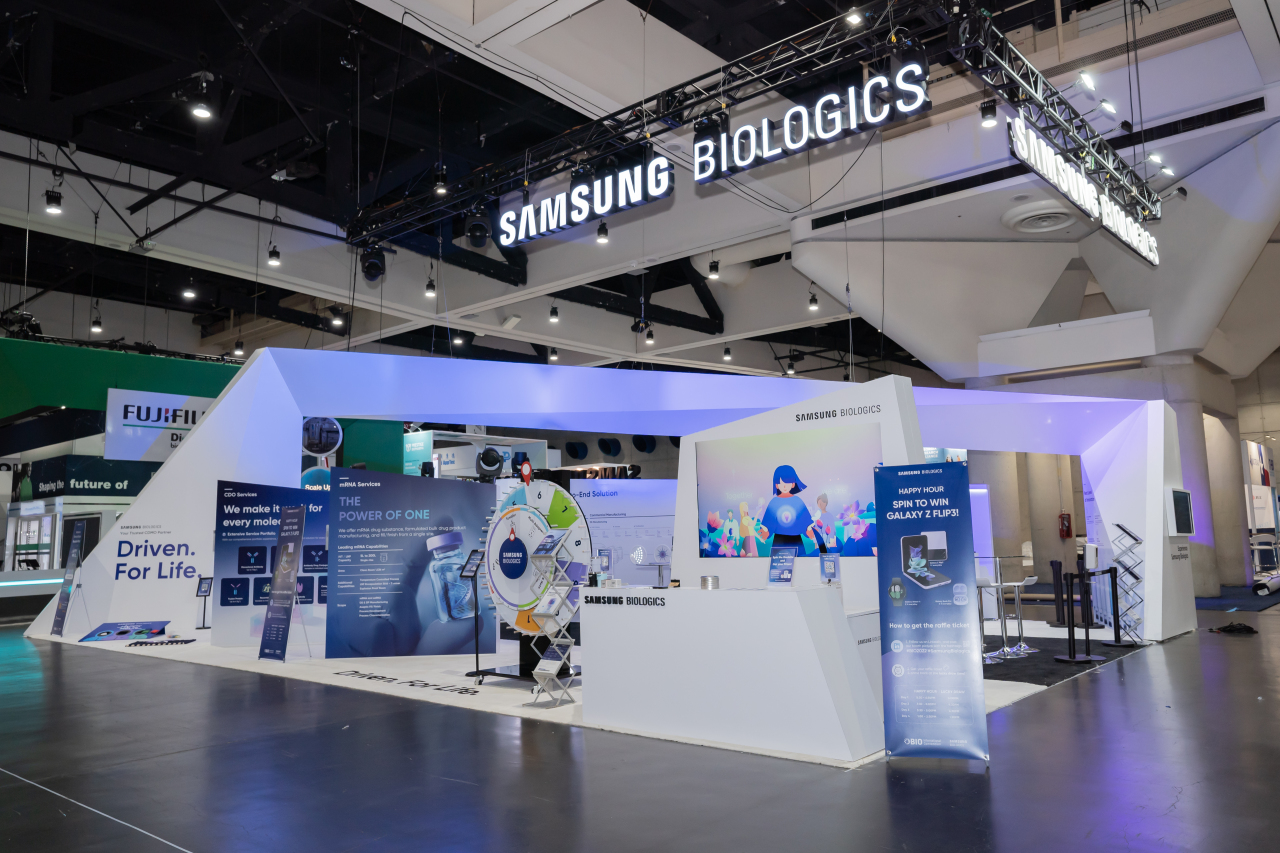 Taking part in the BIO International Convention for the 10th consecutive year, Samsung Biologics has set up a sizable 140-square-meter booth to represent its world-leading production capacity as one of the largest contract and manufacturing organization businesses across the globe.

According to Samsung Biologics, the booth has installed sensory lighting that detects visitors’ movement to highlight the company’s end-to-end services from the early stages of developing biopharmaceuticals to the completion of commercial production. It also has a kiosk and virtual reality devices to show off the company’s manufacturing facilities in Songdo, Incheon.

Samsung Biologics said it will look to actively carry out exchanges with global bio and pharmaceutical firms by co-sponsoring events at this year’s four-day convention.

Pierre Catignol, the company’s executive vice president, who is in charge of its manufacturing center, will lead a session on messenger RNA technology on the second day of the convention. The technology gained attention during the pandemic after two vaccines were developed using it, Catignol will discuss how mRNA will be applied in other areas of medicine.

Back for its 29th edition, the annual bio convention is hosted by the Biotechnology Innovation Organization. A total of 1,140 companies from across the world are participating in the exhibitions. Over 15,000 visitors are expected to join the convention this year.

As a venue for networking and company presentations for the global bio industry, the event has been held in major US cities with bio clusters. The previous two conventions were limited to online events due to the COVID-19 pandemic.