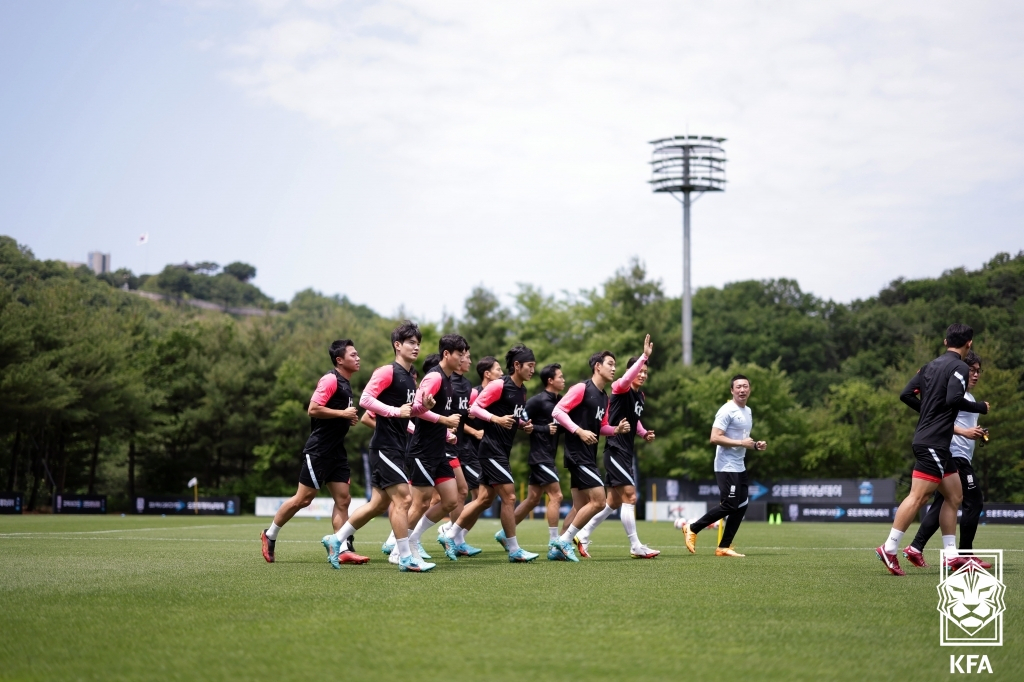 The kickoff between 29th-ranked South Korea and No. 32 Egypt will be 8 p.m. at Seoul World Cup Stadium.

The 18th meeting between the two countries had potential for some intrigue, with the two captains, Son Heung-min for South Korea and Mohamed Salah for Egypt, having shared the Premier League's Golden Boot this past season.

However, Salah, who netted 23 goals for Liverpool, will miss the match due to an unspecified injury. Son, who also scored 23 times for Tottenham Hotspur to become the first Asian winner of the Golden Boot, has netted a free kick goal in each of the past two friendlies.

Salah's absence is a letdown for what should be another sellout crowd at the 66,000-seat stadium in the South Korean capital. But it will certainly ease the burden on the South Korean defense corps, which has been anywhere between dreadful and subpar over the first three games of this month.

They were humbled in a 5-1 loss to Brazil on June 2. Though losing to world No. 1 is nothing to be ashamed of, South Koreans could have prevented a few goals had they played with more discipline and composure in their own zone.

They were fortunate to keep 10-man Chile off the board in a 2-0 win four days later, when their struggles against high pressing -- an issue against Brazil -- continued.

On Friday, South Korea battled back for a 2-2 draw with Paraguay after their shoddy transition defense led to both of the Paraguay goals. Afterward, head coach Paulo Bento called for better and quicker decision-making.

Without Salah, Egypt suffered a shock 2-0 loss to lowly Ethiopia in 2023 African Cup of Nations qualifying last Thursday. They may remain toothless without the prolific attacker, who has 47 goals in 84 international appearances. Among those selected for the AFCON qualifiers, no other player has reached double figures in international goals.

A Salah-less Egypt may not offer South Korea much of a test in their World Cup buildup, but the way South Korea have been defending of late, they may find creative ways to concede opportunities or goals.