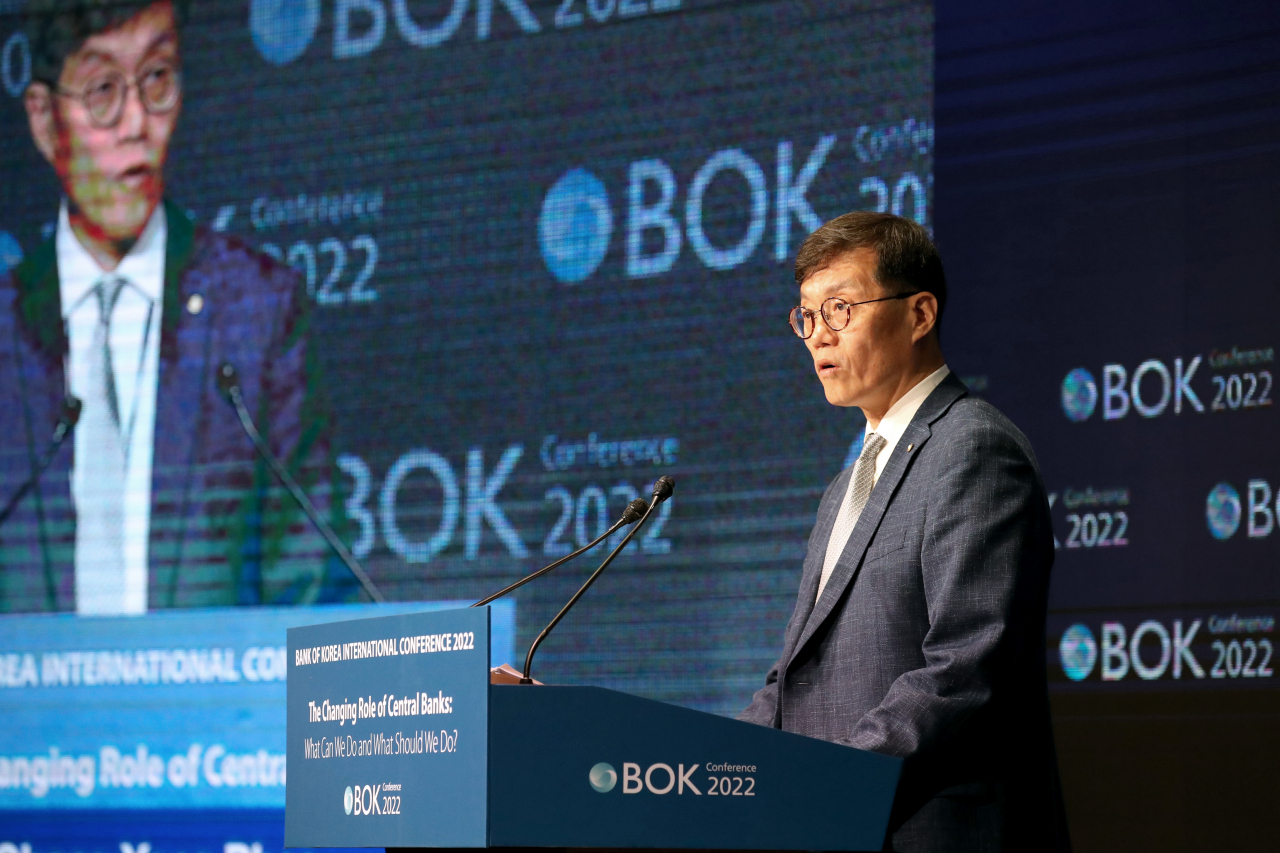 Bank of Korea (BOK) Gov. Rhee Chang-yong delivers an opening speech at the BOK International Conference 2022 titled "The Changing Role of Central Banks: What Can We Do and What Should We Do?" at a Seoul hotel last Thursday, in this file photo provided by the central bank. (Yonhap)

South Korea's top central banker on Friday emphasized the importance of timely action to fight rising inflation in the latest hint at further rate hikes amid worries that prices could fast rise amid high energy and commodity prices.

Gov. Rhee Chang-yong of the Bank of Korea (BOK) made the case for the role of central banks as inflation fighters at a time when global upward inflation pressure has been mounting for a significant period of time.

"In the short term, rate hikes could increase the difficulties for vulnerable people but losing the timing could let inflation mount further, and it could aggravate the damage," Rhee said in a speech to celebrate the 72nd anniversary of the central bank's establishment.

Last month, the BOK hiked its policy rate by a quarter percentage point to keep a lid on inflation. This marked the fifth increase in borrowing costs since August last year.

The central bank has hinted at further rate hikes as it predicts that price growth this year could hit the highest level in 14 years.

Consumer prices, a major gauge of inflation, jumped 5.4 percent last month from a year earlier. It was the steepest on-year increase since August 2008.

With inflation pressure building up, observers are closely watching how swiftly and aggressively the BOK will move in its monetary policy decisions.

On Thursday, BOK Deputy Gov. Park Jong-seok told reporters that the central bank does not "completely" rule out the possibility of a "big-step" 0.5 percentage-point rate hike to combat inflation, but it currently thinks that 0.25 percentage-point increments are more appropriate. (Yonhap)