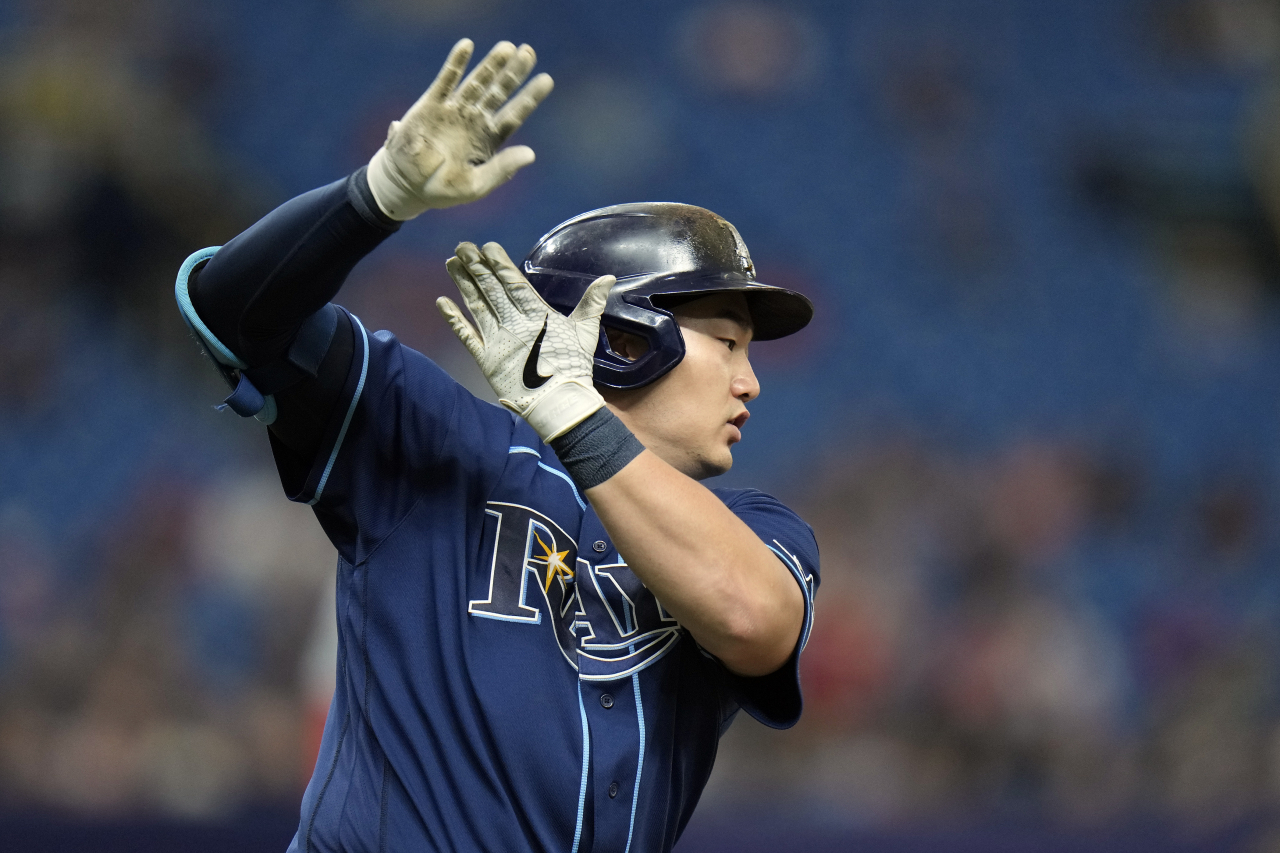 In this Associated Press photo, Choi Ji-man of the Tampa Bay Rays celebrates his two-run home run off St. Louis Cardinals pitcher Miles Mikolas during the bottom of the fourth inning of a Major League Baseball regular season game at Tropicana Field in St. Petersburg, Florida, on Thursday. (AP)

With his fifth home run of the season powering a nine-game hitting streak, Choi Ji-man of the Tampa Bay Rays has also taken the club lead in RBIs.

Choi belted a two-run home run against the St. Louis Cardinals at Tropicana Field in St. Petersburg, Florida, on Thursday (local time). Choi's blast proved to be the difference in the Rays' 2-1 victory, their third in a row.

Batting third, the South Korean first baseman took starter Miles Mikolas over the right field fence with a line drive shot. He put a charge into a sinker left out over the plate, and the ball left Choi's bat at 99.6 mph.

With 29 RBIs, Choi has overtaken Randy Arozarena for the club lead, despite having played in 16 fewer games, 55 to 39. Choi, who missed time earlier in the year with a right elbow injury, also leads Tampa Bay regulars in on-base plus slugging percentage with .851.

The home run was Choi's first of June and the first since May 29 against the New York Yankees. It was also Choi's only hit of the game in three at-bats but enough to stretch his hitting streak to a season-best nine games.