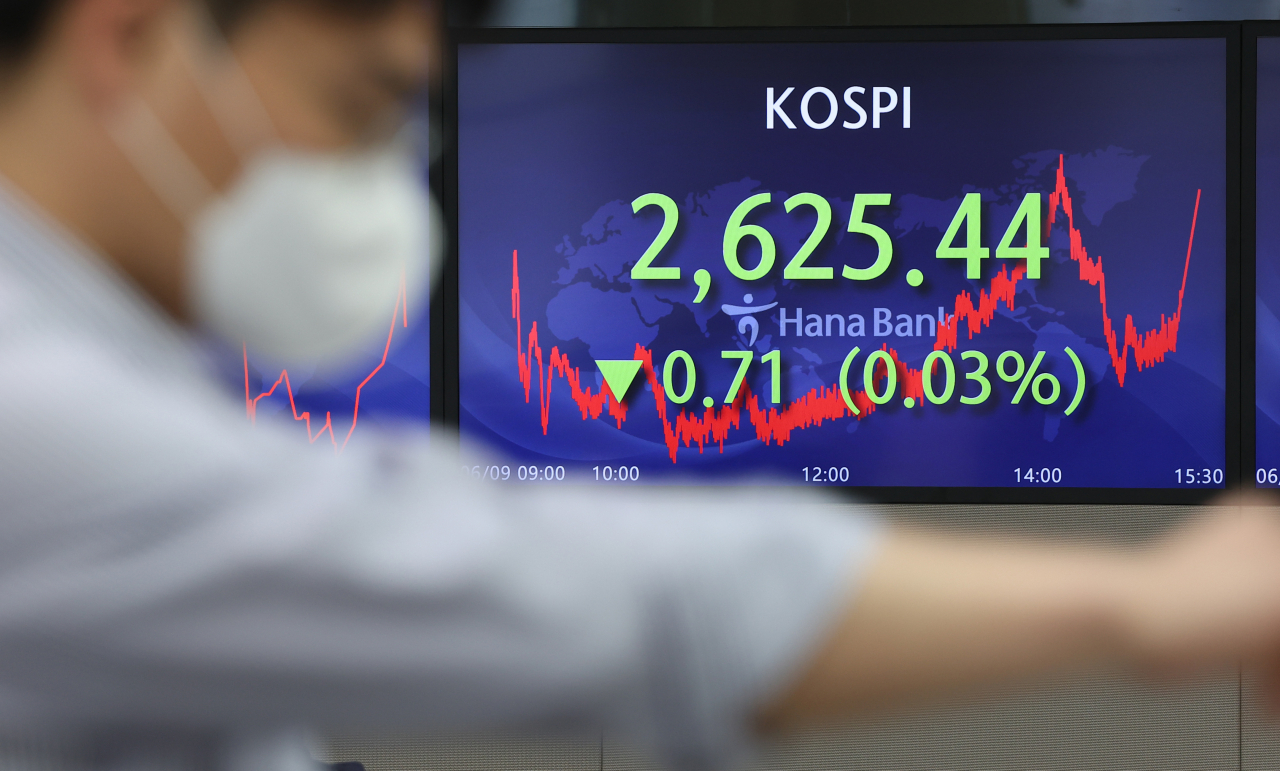 Seoul shares fell for a third straight session Thursday, largely as investors took to the sidelines ahead of the release of US inflation data later this week and amid woes over an economic slowdown. The Korean won fell against the US dollar.

Trading volume was moderate at about 806 million shares worth some 10.6 trillion won (US$8.4 billion), with gainers outnumbering losers 591 to 272.

Stocks came off to a weak start, taking a cue from overnight Wall Street losses.

The tech-heavy Nasdaq composite retreated 0.73 percent and the Dow Jones Industrial Average declined 0.81 percent amid concerns that the Federal Reserve may push for more aggressive monetary policies if the May consumer price index, to be released Friday (US time), remains high.

Also adding to investors concerns is the growing possibility of stagflation as growth outlook by the World Bank and the Organization for Economic Cooperation and Development for major economies is being slashed.

The local currency closed at 1,256.9 won against the US dollar, down 3.1 won from the previous session's close. (Yonhap)