As the COVID-19 pandemic has limited most offline interactions for the past two years, metaverse technologies that ultimately envision a shared virtual space where people can interact with each other and carry out lifelike activities and tasks have been brought to the fore.

Local startup Looxid Labs has developed Lucy, a medical assessment and training system that uses AI and VR technologies to detect early signs of cognitive impairment, such as dementia and Alzheimer’s disease.

The company, since October, has been operating a mobile diagnostic center called Lucy Bus that can visit the elderly to test their cognitive abilities. Using a VR sensory headset to play immersive cognitive games, the headset can measure their working memory, attention level and spatial perception by reviewing their behavioral and neurophysiological responses such as brain waves.

The VR sensory headset also offers a training mode that can help prevent cognitive impairment for the elderly. 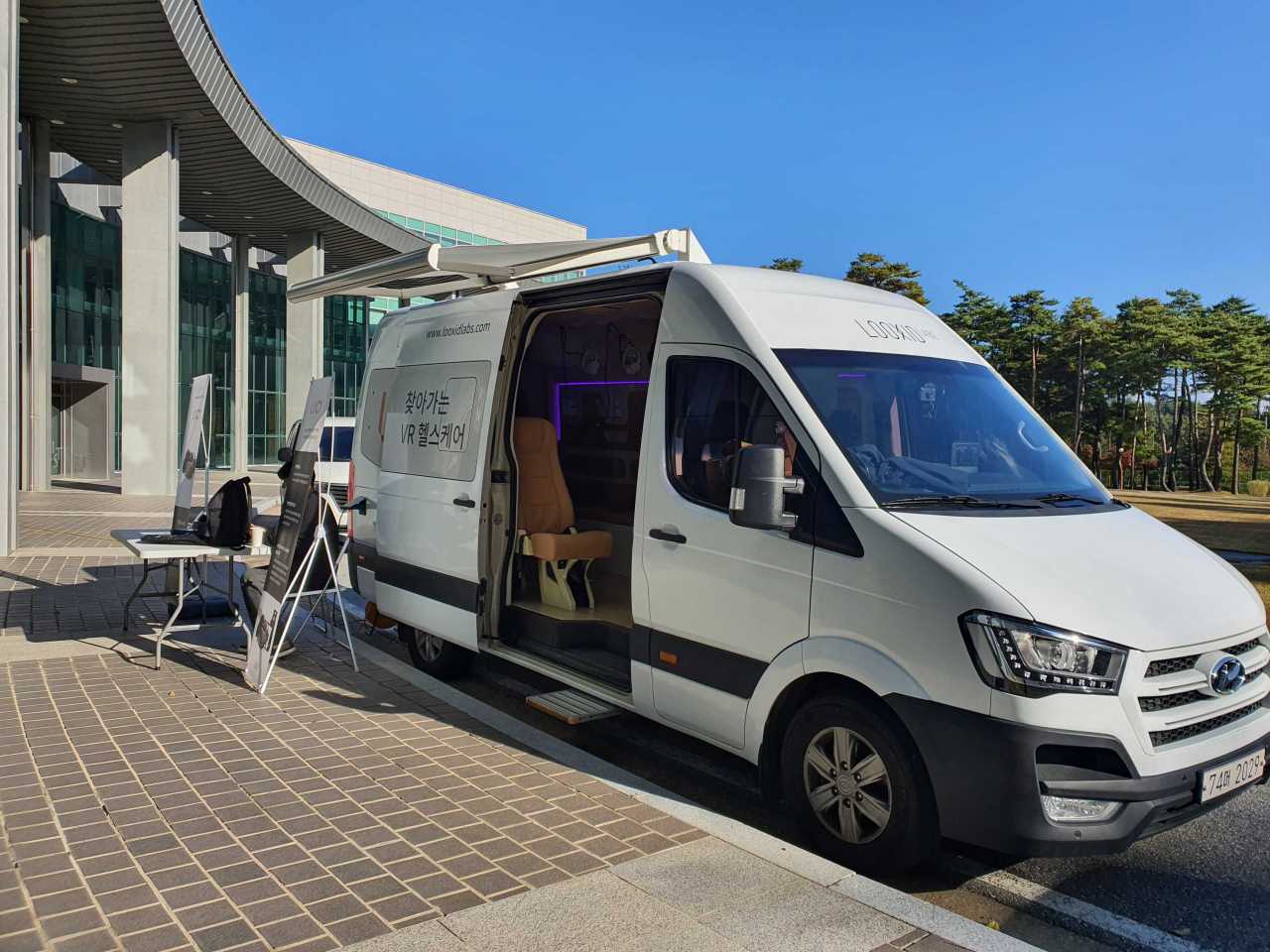 Lucy Bus (Looxid Labs)
“Lucy is mainly used for people aged 50 or older. Lucy Bus offers visiting services for the elderly who reside in the countryside and have little access to public transportation,” a Looxid Labs official said.

According to the official, the Lucy headsets are used in 46 places in Seoul and Busan -- most of them local dementia centers and senior welfare centers. In January, Lucy was honored with the Innovation Award in Health and Wellness at the Consumer Electronics Show in Las Vegas.

Metaverse technologies are also being used for training medical workers.

Newbase, a company specializing in the development of medical metaverse simulation platforms, has come up with programs to offer training opportunities that feel more real for those who want to work in the medical field.

Using a VR sensory headset and mobile application, the company offers simulations such as checking patients’ Glasgow Coma Scale -- a clinical scale used to measure a person’s level of consciousness -- and learning how to triage cases, the process of determining which patients should receive treatment and care services based on their clinical status. 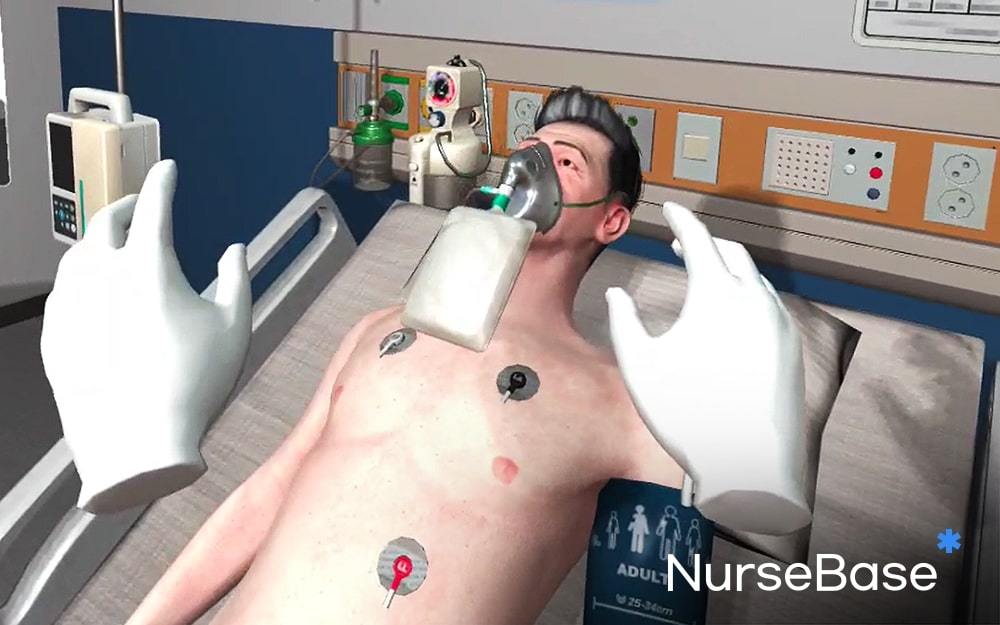 According to the company, the simulation gives more real training opportunities as it provides instant feedback depending on the decisions that players make. Users do not have to worry about actual patient safety or privacy issues during the trials and the simulations also cut down on the amount of single-use medical resources, it added.

The medical simulation platforms have been used at 405 institutions across the country including Seoul Women’s College of Nursing and Sunchon National University, the company said. Newbase announced last week that it has secured 4 billion won ($3.18 million) in a series A investment.

Medical training aside, the metaverse technologies can also be used to teach the general public about ordinary, yet crucial medical procedures such as cardiopulmonary resuscitation, or CPR.

Tetra Signum offers CPR education using AI and VR technologies with its device called Meta CPR 1.0, a digital kiosk that is connected to a CPR dummy and a head-mounted display the user wears. According to the company, the program can increase the effectiveness of CPR lessons as it yields accurate assessment and data analysis of how one conducts CPR.

A Tetra Signum official told The Korea Herald that the company is looking to enter overseas markets as it has carried out clinical trials with medical institutes in the UK and US. The company is also in the process of developing a CPR platform for young children as well as a mass CPR training solution, according to the official. 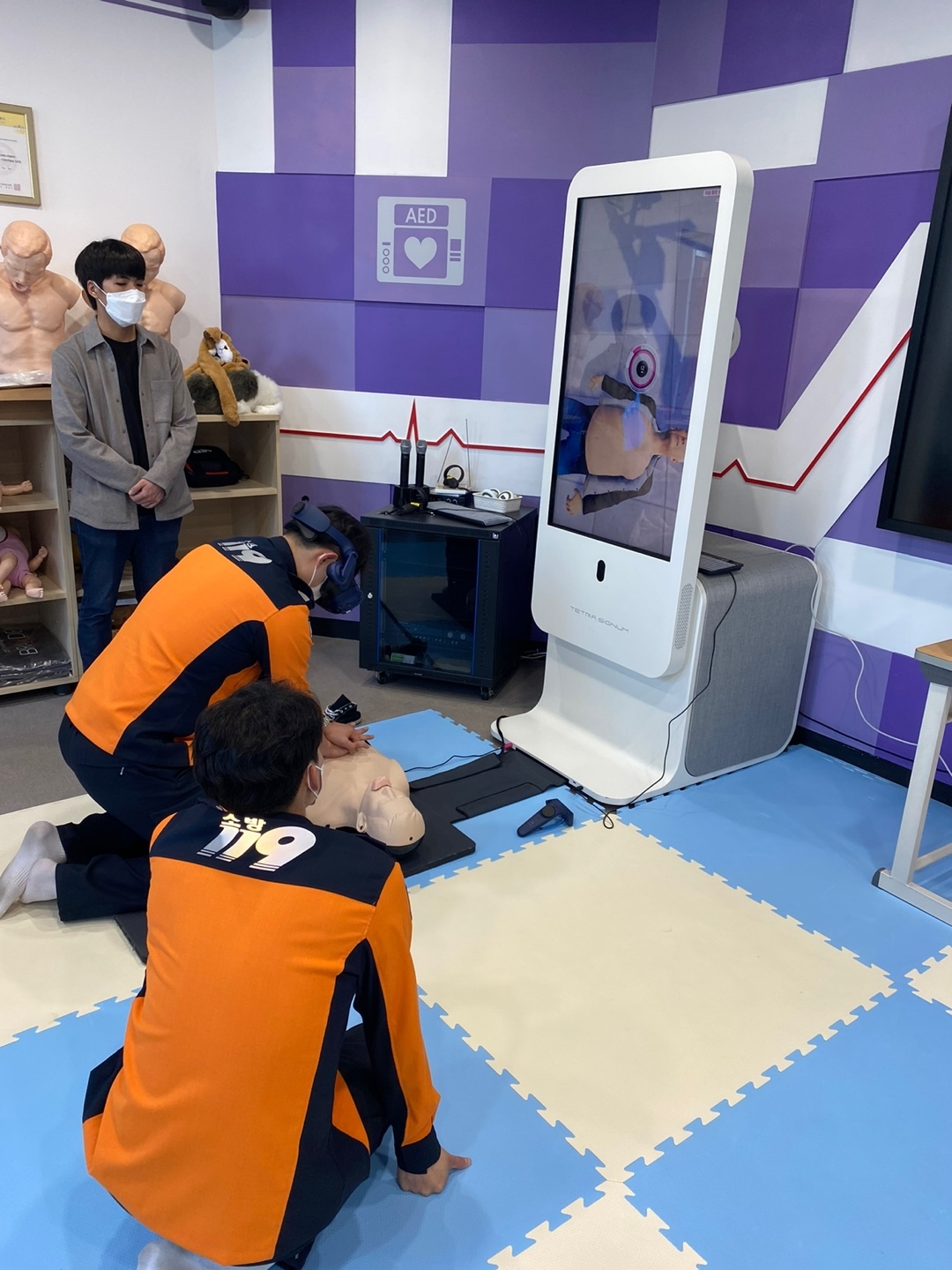 Student firefighters train for CPR with mannequins using virtual reality technology at the National Fire Service Academy. (Tetra Signum)
“The current Meta CPR 1.0 is for conducting CPR on adults. But other countries have shown interests in teaching young couples how to properly conduct CPR for children. South Korea’s police and firefighter authorities have asked for ways to educate more trainees with our solution as the current head-mounted display only allows for one-on-one training,” he said.

The official added that the company aims to come up with a CPR solution that does not require the kiosk or head-mounted display so it can offer the training wherever and whenever.

Metaverse technologies being utilized to expand the possibilities of the health care sector, however, are not limited to diagnosis and medical education, according to Choi Jae-yong, president of the Korea Institute of Metaverse.

“Home training can be done through the metaverse. You could be running on a treadmill at home and working out with friends in a shared virtual space by using VR devices. It would produce better exercising effects. The metaverse and health care industries can only benefit from each other,” said Choi.

The government announced in January that it will invest a total of 45 billion won into supporting 300 startups in the remote industry including the metaverse sector. In particular, the Ministry of Health and Welfare said it will focus on companies with metaverse medical education and clinical platforms while the Ministry of Food and Drug Safety said it will back developers of non-face-to-face medical devices and in-vitro diagnostic medical devices.