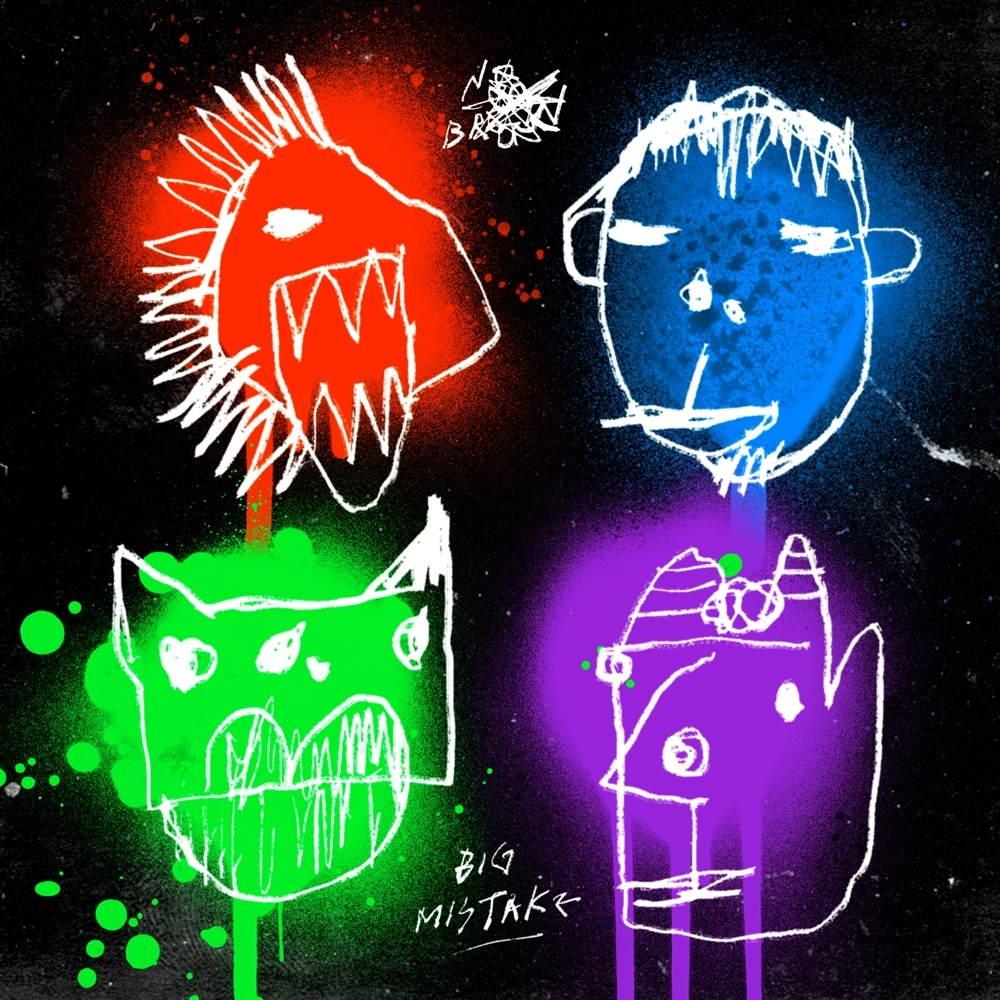 The album was made in 2014 in the US, but it took about eight years to finally hit online music streaming platforms due to copyright and contract issues in the US, according to the band’s agency Roxta Muzik & Live.

The five-track album starts with lead track “Uh-huh,” with rhythmical drum beats that build into heavy guitar riffs blended with the lead singer’s high-pitched voice. Coupled with defiant lyrics and a catchy chorus, the song is likely to stand out even more at shout-fest rock festivals, explained the agency.

The EP also features “Take A Long Line,” “I Will Fight,” “Better Off Dead” and “Bad Luck,” which they agency display different aspects of the band’s unique sound: rough, fresh, exciting and witty.

Grammy-winning producer Julian Raymond, who worked with multiplatinum American singer Josh Groban, participated in the EP’s production. When the American producer worked under Warner Bros and Sire Records, he promised to produce No Brain’s EP, but as he had moved to another company, the four-piece rock band faced legal issues that delayed the release for years, said the agency.

No Brain, which debuted in 1997 with its first full-length album “Our Nation Volume 2,” was part of the first generation of South Korean punk bands. The band has performed over 4,000 times onstage. It will host a standalone concert on June 26 for the first time in nearly six years at the Live Hall of the KT&G SangsangMadang Center in Hongdae, Seoul.