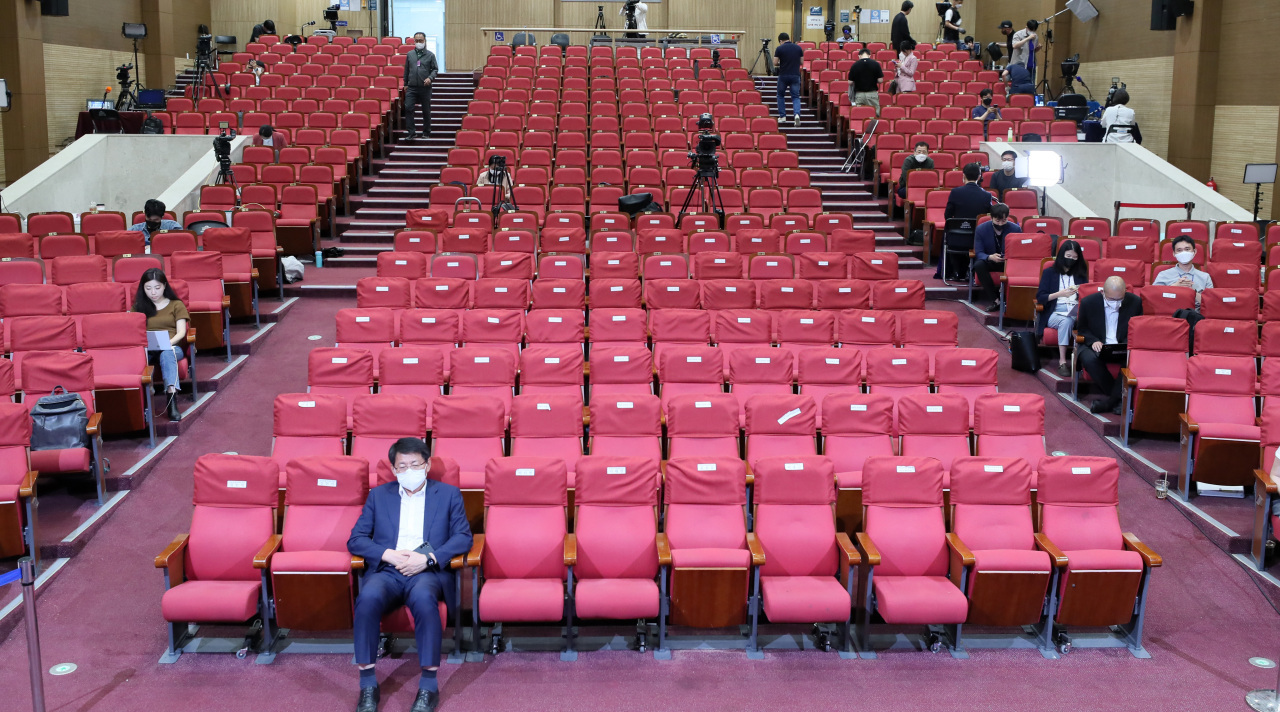 1. [Reporter’s Notebook] 3 consecutive defeats not enough for Democratic Party to get it together

[1] In 2017, the main opposition Democratic Party of Korea had high hopes. Taking power after the impeachment of former President Park Geun-hye, some in the party had expressed hopes it would remain the ruling party for at least 20 years.

[2] The party got off to a stellar start, dominating the elections that followed. It seemingly had nothing to fear, since the conservative bloc shattered to pieces in the wake of the historical political event.
* Stellar: 화려한, 눈부신, 뛰어난
* Seemingly: 겉보기에는
* Shattered: 산산조각
* In the wake of: ~의 결과로서

[3] The conservatives had suffered humiliation in elections and internal turmoil for years to reach where it is today, and perhaps its journey is what the Democratic Party should take into account in preparing its own itinerary of apologies, reforms and overhauls.
* Humiliation: 굴욕
* Turmoil: 혼란; 소란
* Take into account: ~를 고려하다
* Overhaul: 점검; 정비

[4] The road it must take now will be painful, as many overarching reform measures have been for major political parties before gaining the power to fight shoulder to shoulder in presidential elections.
* Overarching: 상당히 중요한
* Shoulder to shoulder: 어깨를 나란히 하고; 협력하여

[1] The number of South Koreans living in the capital Seoul is declining sharply, and will continue to drop in the coming decades, according to government data Monday.
* Sharply: 급격히; 뚜렷하게
* To drop: 내려가다, 떨어트리다

[2] Seoul’s total population of native South Koreans reached 9.49 million as of May according to the Ministry of the Interior and Safety, showing an alarming decline.
* Native: 토박이; 출신인 사람
* Alarming: 걱정스러운; 두려운
* Decline: 감소