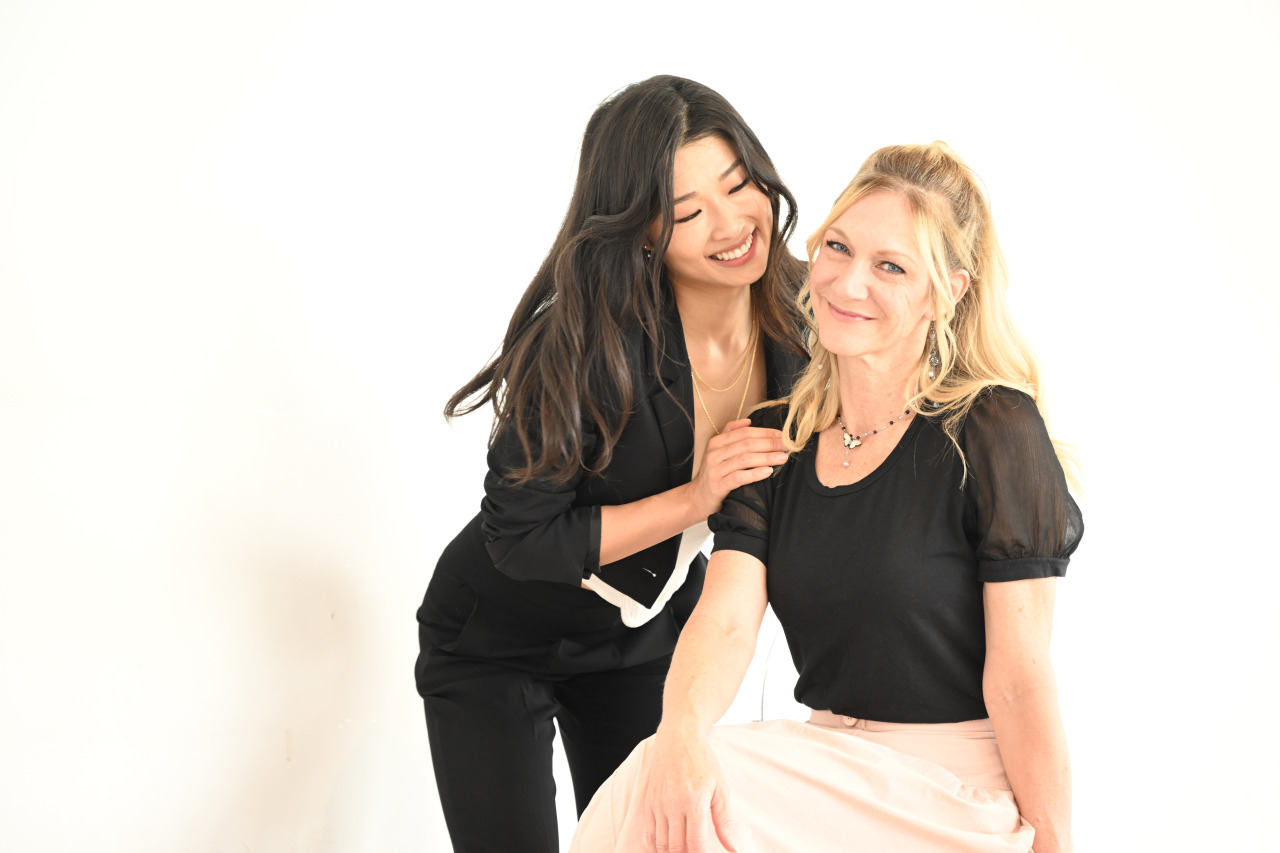 Jeon Na-young (left) and Tracey Corea pose for a photo during an interview on May 13. (Im Se-jun/The Korea Herald)
Associate director and choreographer of the musical “Aida” Tracey Corea and actor Jeon Na-young may be separated by a few decades in age, but their love for the Disney production bridges that gap. One takes the stage as Aida, the leading protagonist, while the other shines behind the scenes as the musical’s producer.

Corea was part of the original team responsible for the birth of the musical when it first appeared on Broadway in 2000. Starting out as a choreographer in the first production, she is now the producer of the 2022 edition of “Aida” in Korea -- the sixth revival of the musical here.

As dedicated to this musical as she was during its initial run, she continued to jot down her thoughts while observing rehearsals for the five weeks leading up to the official opening of the show on May 14. 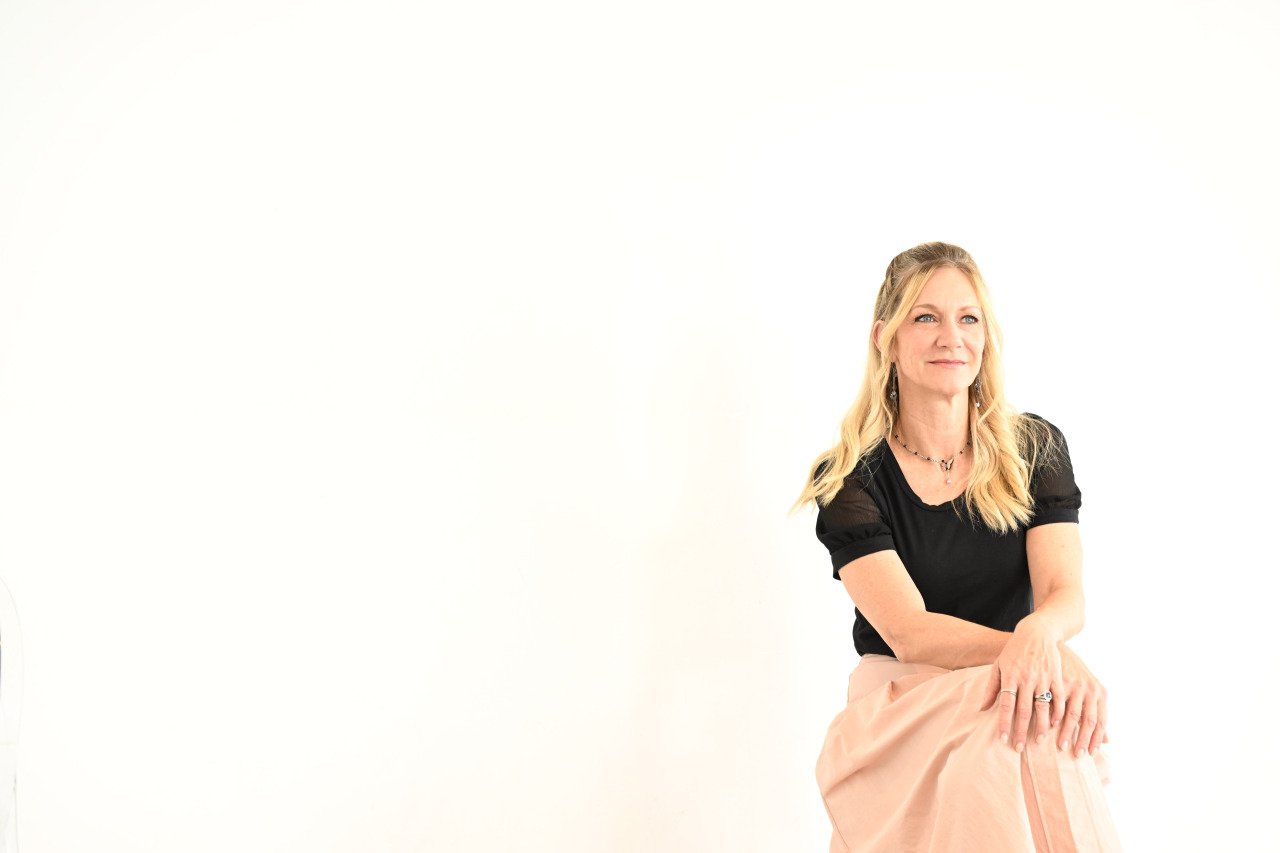 Tracey Corea poses for a photo during an interview on May 13. (Im Se-jun/The Korea Herald)

“What did you think about the level of intimacy in that scene?” Corea recalled asking Jeon, on the intensity of a particular romantic scene with Choi Jae-rim, who plays the Egyptian general, Ramades. Each revival, despite keeping the essence of the original musical, adds a new flavor to the production and therefore requires meticulous analysis, according to Corea.

Corea has visited South Korea for each revival of “Aida” since her first visit in 2005 to bring the original show. She has observed the evolution of the Korean musical team firsthand.

“Now the team is more accomplished. The talent has gotten better over the years,” Corea said.

Among the talented team members that Corea works with in South Korea is Jeon Na-young, one of the three Aidas for the 2022 edition.

The role of Nubia’s princess is a taxing one, with at least four powerhouse songs and demanding a wide spectrum of skills that showcases both power and volubility, Corea noted.

“Jeon is very solid in the role, a well-rounded performer, and has power in her voice,” Corea said of Jeon as Aida. 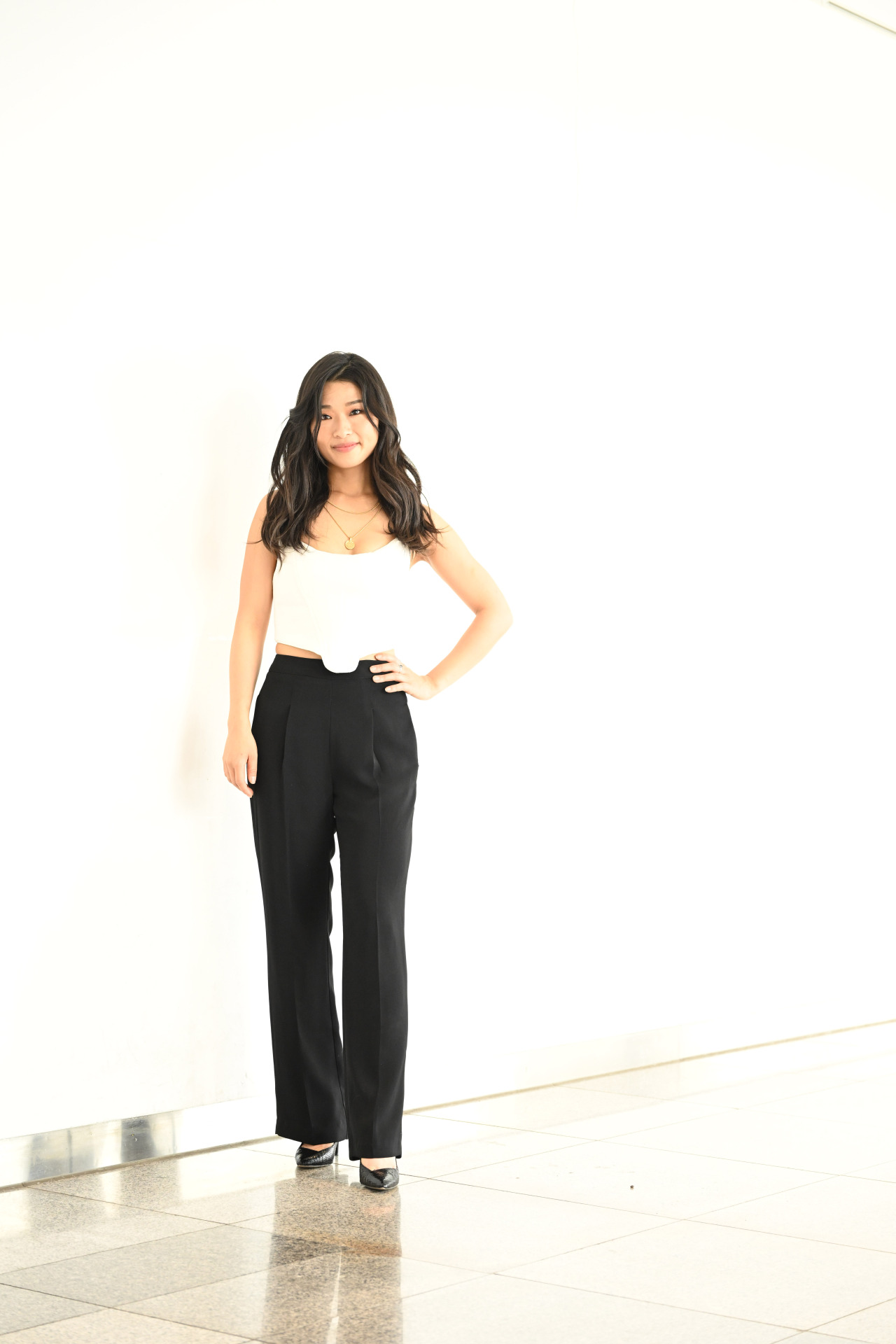 Jeon Na-young poses for a photo during an interview on May 13. (Im Se-jun/The Korea Herald)

Jeon, a Dutch Korean actor, was drawn to the world of musical theater by this very musical. It was the first she ever saw in the Netherlands, to where Jeon’s parents, both Koreans, emigrated after she was born.

And now, it is her most favorite role, said Jeon, who has played several major roles in musicals and movies in the Netherlands, London’s West End and South Korea.

Among the roles she has performed are Kim in “Miss Saigon,” Esmeralda in “Notre Dame de Paris,” and Fantine in “Les Miserables.” She was the first Asian actor to play Fantine in the West End.

The trilingual Jeon was always curious about her roots, but it was not until 2015 that she came to South Korea as a musical performer to take the role of Fantine. Since then, Jeon has also established a career as a musical actor here.

Jeon first took to the stage as Aida in 2019 and in 2020, even when the COVID-19 pandemic shut down most theaters around the world, she appeared as Maureen Johnson for “Rent” in South Korea while making herself at home in her parents’ home country by going back to school and adopting a dog, Boony.

Jeon executes her role as Aida in perfect Korean, a remarkable achievement considering that ordering food in the language was a difficult task when she first came to Korea. She did not get the role of Aida when she auditioned in 2016 because of her poor Korean pronunciation. 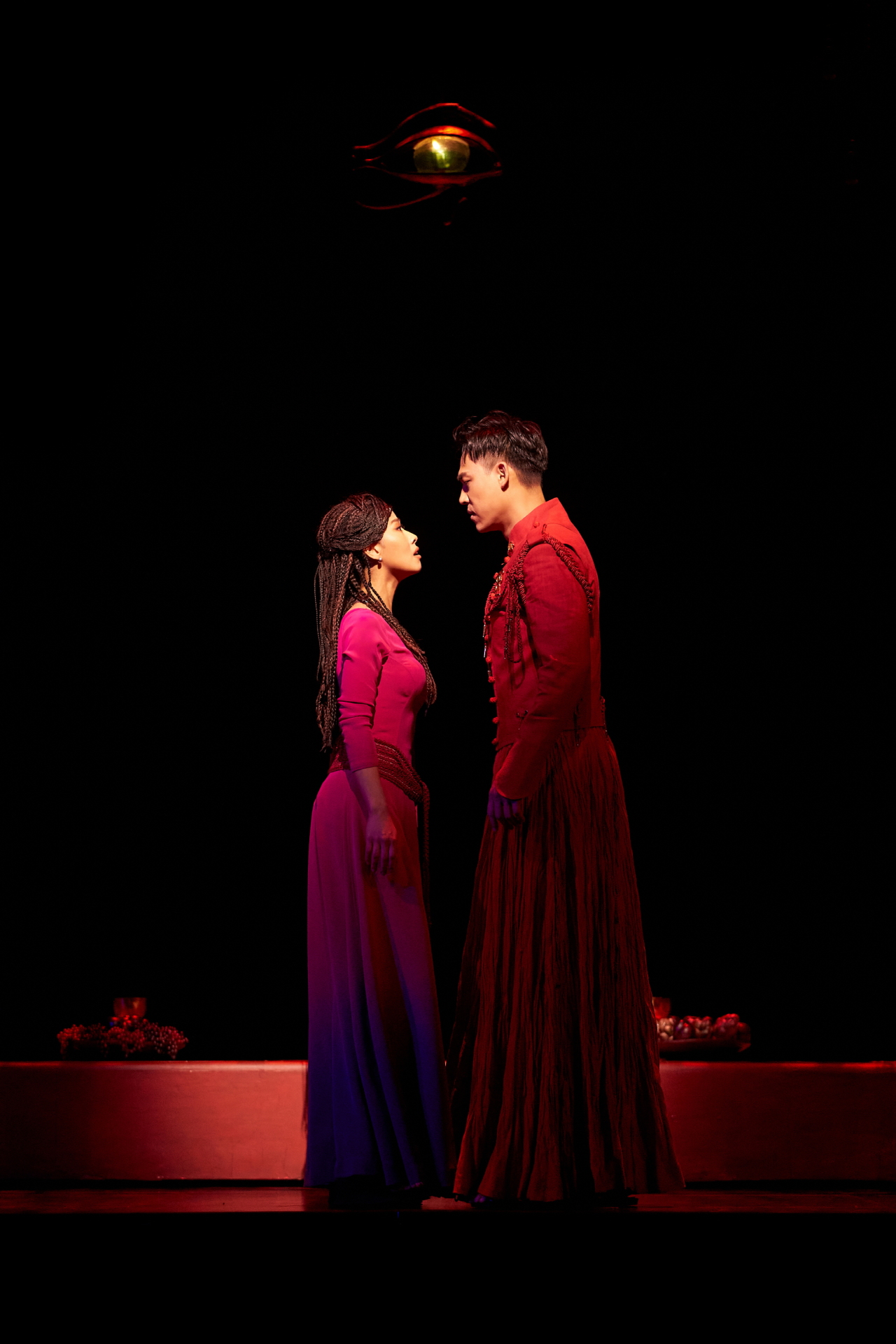 Along with Jeon, two other actors -- Yoon Gong-joo and Kim Soo-ha -- take on the role of the musical’s namesake, a concept exclusive to Korea and Japan. This unique style of casting was initially a novel concept to both Corea and Jeon.

With the revolving door of actors, audiences can experience a unique version of “Aida” nearly every night. This gives a renewed appreciation for the remarkable feats of production and the seamless cooperation between the co-stars, Corea said, adding she would love for this “smart” double casting technique to take root in the US.

But the success of multiple casting might be boosted by something distinctive in South Korea, where musicals usually account for more than 70 percent of the annual total revenue in the performing arts: passionate audiences and generous performers.

“The degree of passion and love for musicals is quite unique and I don‘t know anywhere else in the world where they go multiple times or where there are so many fans that talk about it on social media or willing to pay a ticket price multiple times,” Corea noted.

“Actors and actresses are incredibly generous to each other in rehearsal process. It would be difficult to be learning a role, exploring it and doing it in front two other people playing the same part. It could be intimidating and could a problem elsewhere,“ she added.

Jeon agreed with Corea on sharing the lead role. ”I like observing a lot and actors are inspiring and magical beings,“ Jeon said, adding she gets inspiration from the two fellow Aidas.

“Instead of performing eight times a week, we can take a rest, which means they can give their best to the show and the audience gets everything we’ve got,” Jeon pointed out.

“Aida” is a musical based on the opera of the same name written by Antonio Ghislanzoni with music by Giuseppe Verdi. The musical features music by Elton John and lyrics by Tim Rice.

Disney will halt the current version after completing its run in South Korea, according to industry sources. The musical is expected to see a rejuvenated revival, as critics have pointed to outdated aspects of the storyline.

However, the story of star-crossed lovers is in line with the current situation, Corea said, referring to Russia‘s invasion of Ukraine.

“The themes of losing your freedom, they’re very real. I think people can connect to that in a more visceral way these days than maybe we could even five years ago,“ Corea said.