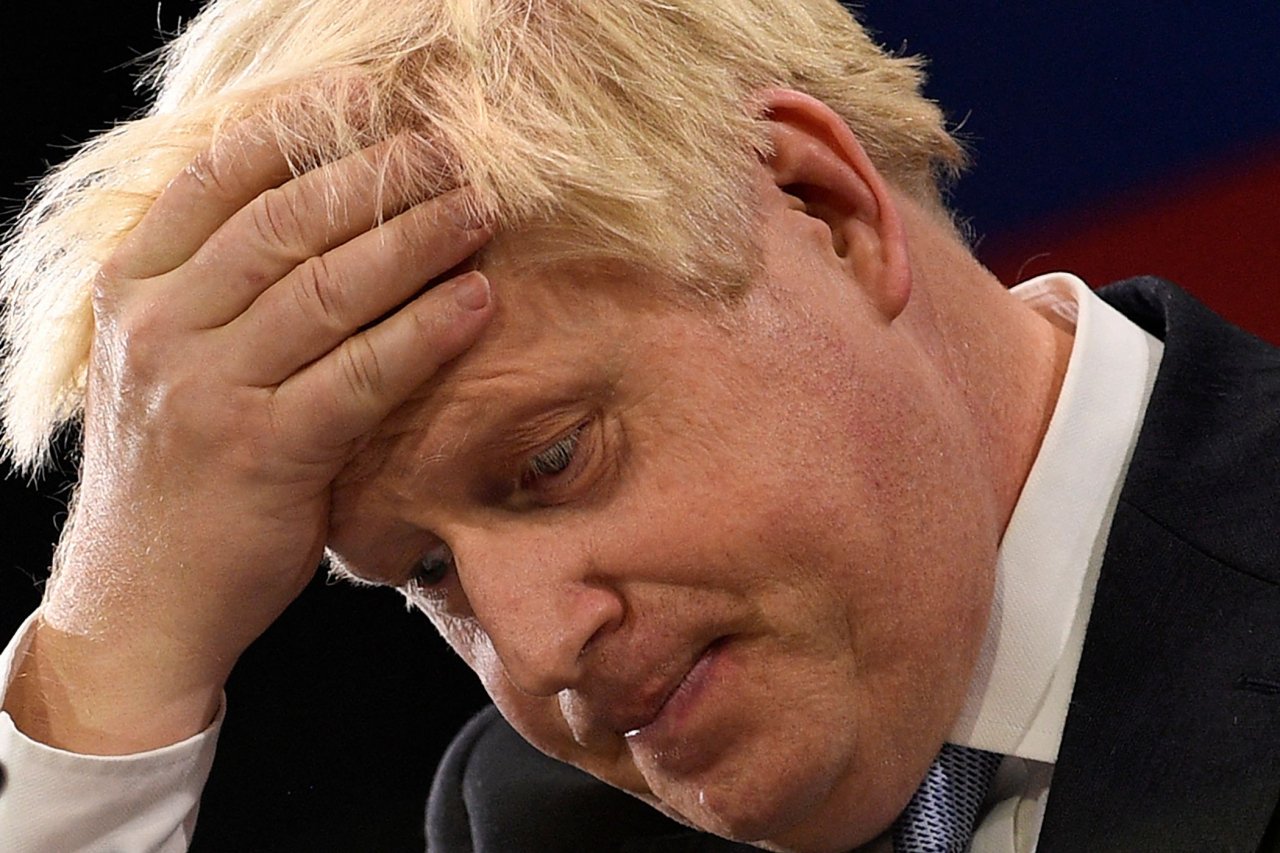 LONDON -- British Prime Minister Boris Johnson survived a no-confidence vote on Monday, securing enough support from his Conservative Party to remain in office despite a rebellion that leaves him a weakened leader with an uncertain future.

Known for his ability to shrug off scandals, the charismatic leader has struggled to turn the page on revelations that he and his staff repeatedly held boozy parties that flouted the COVID-19 restrictions they imposed on others. Support among his fellow Conservative lawmakers has weakened as some see the leader, renowned for his ability to connect with voters, increasingly as a liability rather than an asset in elections.

Johnson won the backing of 211 out of 359 Conservative lawmakers, more than the simple majority needed to remain in power, but still a significant rebellion of 148 MPs. With no clear front-runner to succeed him, most political observers had predicted he would defeat the challenge.

But the rebellion represents a watershed moment for him -- and is a sign of deep Conservative divisions, less than three years after Johnson led the party to its biggest election victory in decades.

Johnson's winning margin is less than that secured by his predecessor Theresa May in a similar vote in December 2018. She was forced to resign six months later.

Johnson, a charismatic leader renowned for his ability to connect with voters, has struggled to turn the page on revelations that he and his staff repeatedly held boozy parties that flouted the COVID-19 restrictions they imposed on others.

Since taking the helm in 2019, Johnson has led Britain out of the European Union and through a pandemic, both of which have shaken the U.K. socially and economically. The vote comes as Johnson's government is under intense pressure to ease the pain of skyrocketing energy and food bills

Conservative Party official Graham Brady announced Monday that he had received letters calling for a no-confidence vote from at least 54 Tory legislators, enough to trigger the measure under party rules. Hours later, party lawmakers lined up by the dozen in a corridor at Parliament to cast their ballots in a wood-paneled room, handing over their phones as they entered to ensure secrecy.

Johnson's Downing Street office said the prime minister welcomed the vote as "a chance to end months of speculation and allow the government to draw a line and move on."

Johnson addressed dozens of Conservative lawmakers in a House of Commons room before the vote as he tried to shore up support, vowing: "I will lead you to victory again."

"Tonight we have a chance to end the media-driven focus on the leadership of the Conservative Party . We have the chance to stop talking about ourselves and start talking exclusively," he said.

Discontent that has been building for months erupted after a 10-day parliamentary break that included a long weekend of celebrations of Queen Elizabeth II's Platinum Jubilee. For many, the four-day holiday was a chance to relax -- but there was no respite for Johnson, who was booed by some onlookers as he arrived for a service in the queen's honor at St. Paul's Cathedral on Friday.

Brady said some lawmakers who submitted no-confidence letters had asked for them to be held back until after the jubilee weekend -- but even so, the threshold was still reached on Sunday.

Johnson's allies insisted he would stay in office if he wins by even a single vote. But previous prime ministers who survived no-confidence votes emerged severely weakened.

Johnson became prime minister in July 2019m capping a rollercoaster journey to the top. He had held major offices, including London mayor and U.K. foreign secretary, but also spent periods on the political sidelines after self-inflicted gaffes. He kept bouncing back, showing an uncommon ability to shrug off scandal and connect with voters that, for many Conservatives, overshadowed doubts about his ethics or judgment.

But concerns came to a head after an investigator's report late last month that slammed a culture of rule-breaking inside the prime minister's office in a scandal known as "partygate."

Gray said the "senior leadership team" must bear responsibility for "failures of leadership and judgment."

Johnson also was fined 50 pounds ($63) by police for attending one party, making him the first prime minister sanctioned for breaking the law while in office.

The prime minister said he was "humbled" and took "full responsibility" -- but insisted he would not resign. He urged Britons to "move on" and focus on righting the battered economy and helping Ukraine defend itself against a Russian invasion.

But a growing number of Conservatives feel that Johnson is now a liability who will doom them to defeat at the next election, which must be held by 2024.

"Today's decision is change or lose," said Jeremy Hunt, who ran against Johnson for the Conservative leadership in 2019 but has largely refrained from criticizing him since. "I will be voting for change."

Lawmaker Jesse Norman, a longtime Johnson supporter, said the prime minister had "presided over a culture of casual law-breaking" and had left the government "adrift and distracted."

Another Tory legislator, John Penrose, quit Monday as the prime minister's "anticorruption champion," saying Johnson had breached the government code of conduct with the behavior revealed by partygate.

But senior ministers offered messages of support for Johnson -- including some who would be likely to run in the Conservative leadership contest that would be triggered if he is ousted.

"The Prime Minister has my 100% backing in today's vote and I strongly encourage colleagues to support him," Foreign Secretary Liz Truss, one of the favorites to succeed Johnson, wrote in a tweet.

Despite his victory, Johnson is likely to face more pressure. The war in Ukraine, a simmering post-Brexit feud with the EU and soaring inflation are all weighing on the government.

Polls give the left-of-center opposition Labour Party a lead nationally, and the Conservatives could lose special elections later this month for two parliamentary districts, called when incumbent Tory lawmakers were forced out by sex scandals.

Johnson tried to focus on broader issues, promising colleagues he would cut taxes -- a policy popular with Tories -- and noting that he spoke Monday to Ukrainian President Volodymyr Zelenskyy. He has been a vocal supporter of Ukraine's cause, a stance shared by his possible successors.

"The problems we face aren't easy to solve" but Conservatives have the right plan to tackle them, he wrote on the Conservative Home website.

"To disrupt that progress now would be inexcusable to many who lent their vote to us for the first time at the last general election, and who want to see our prime minister deliver the changes promised for their communities."

Steve Baker, a strong Brexit supporter whose opposition to May helped Johnson take power, said he was voting for Johnson to go because the prime minister had broken the law.

He predicted before the vote that Johnson would likely "formally win" but said that would not settle the matter.

"What that means over the months ahead, I don't know," Baker said. (AP)