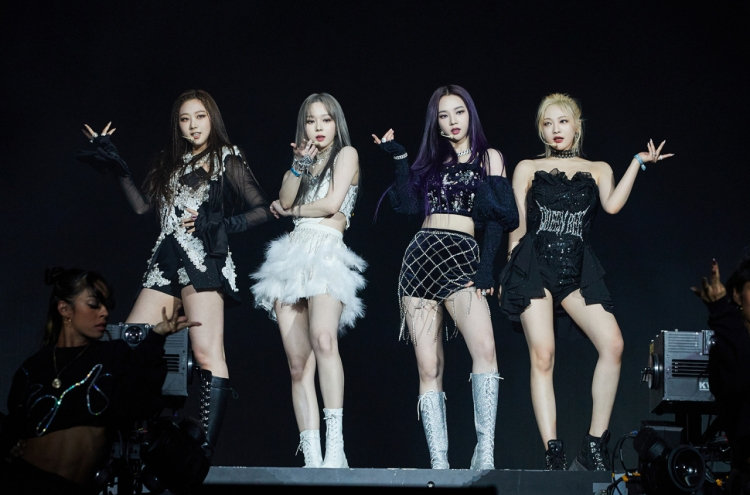 South Korean girl group aespa will hold a showcase in Los Angeles this month for its American fans, its agency said Tuesday.

The group will perform its hit singles and new songs during the "aespa Showcase SYNK in LA" at YouTube Theater on June 26 (US time), SM Entertainment said.

Aespa will then hold its first showcase in Japan from Aug. 6-7.

Debuting in November 2020 with a unique metaverse-based concept, the quartet shot to fame with its debut single "Black Mamba" and follow-up songs "Next Level" and "Savage."

In April, the group became the first Korean girl group to perform on the main stage of the Coachella Valley Music and Arts Festival, the largest outdoor music festival in the United States.

The quartet will release its second EP titled "Girls" simultaneously in South Korea and the US on July 8. (Yonhap)