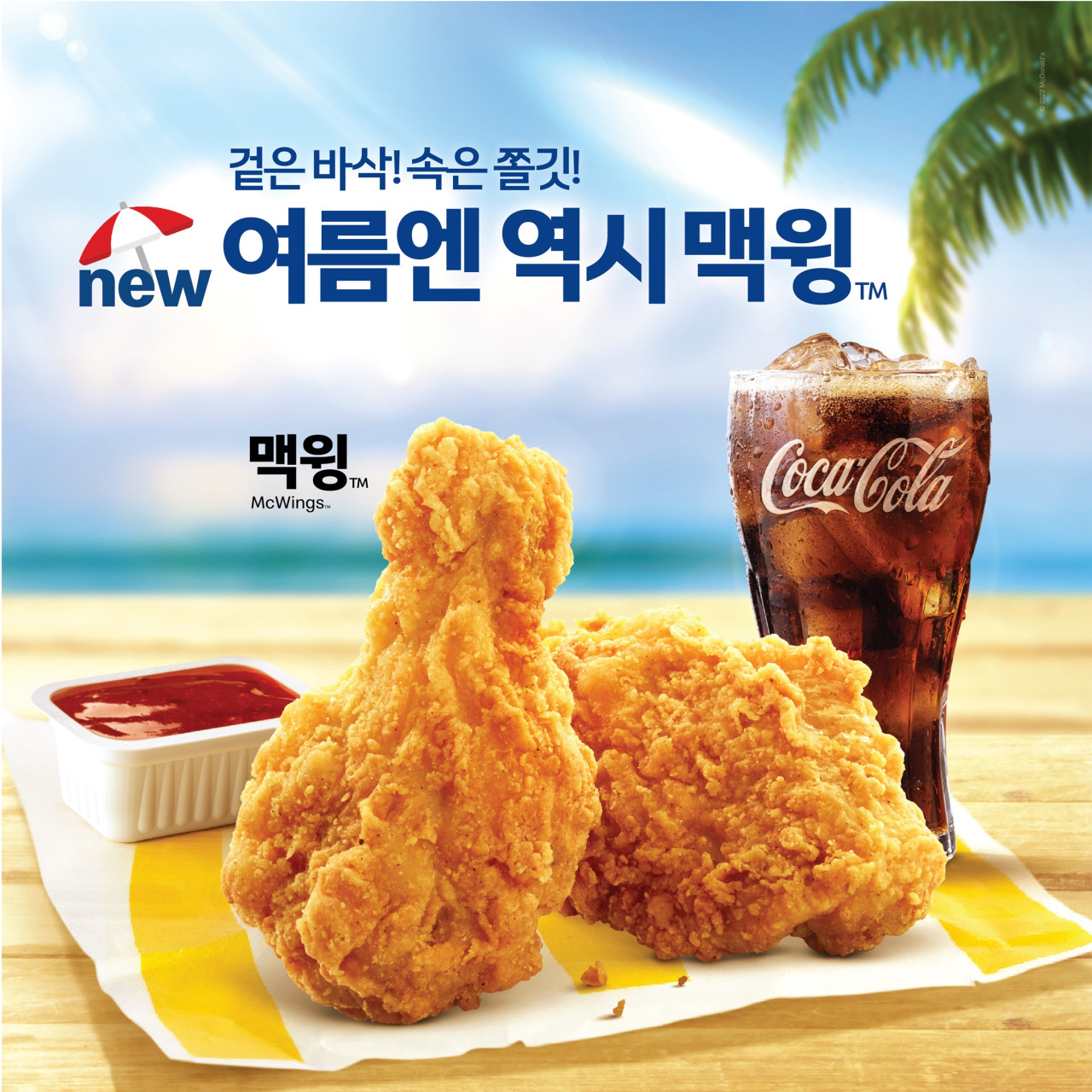 McWings is a fried chicken snack that comes with a complimentary dipping sauce. First released in 2014, McWings created a fad in 2019 when it sold out earlier than expected. It has since become a favorite seasonal menu among chicken maniacs for its crispiness and salty flavor, according to the burger franchise.

“McDonald’s is presenting a wide range of chicken menus, including McWings, to cater to those among local customers who prefer chicken,” said a McDonald’s official.