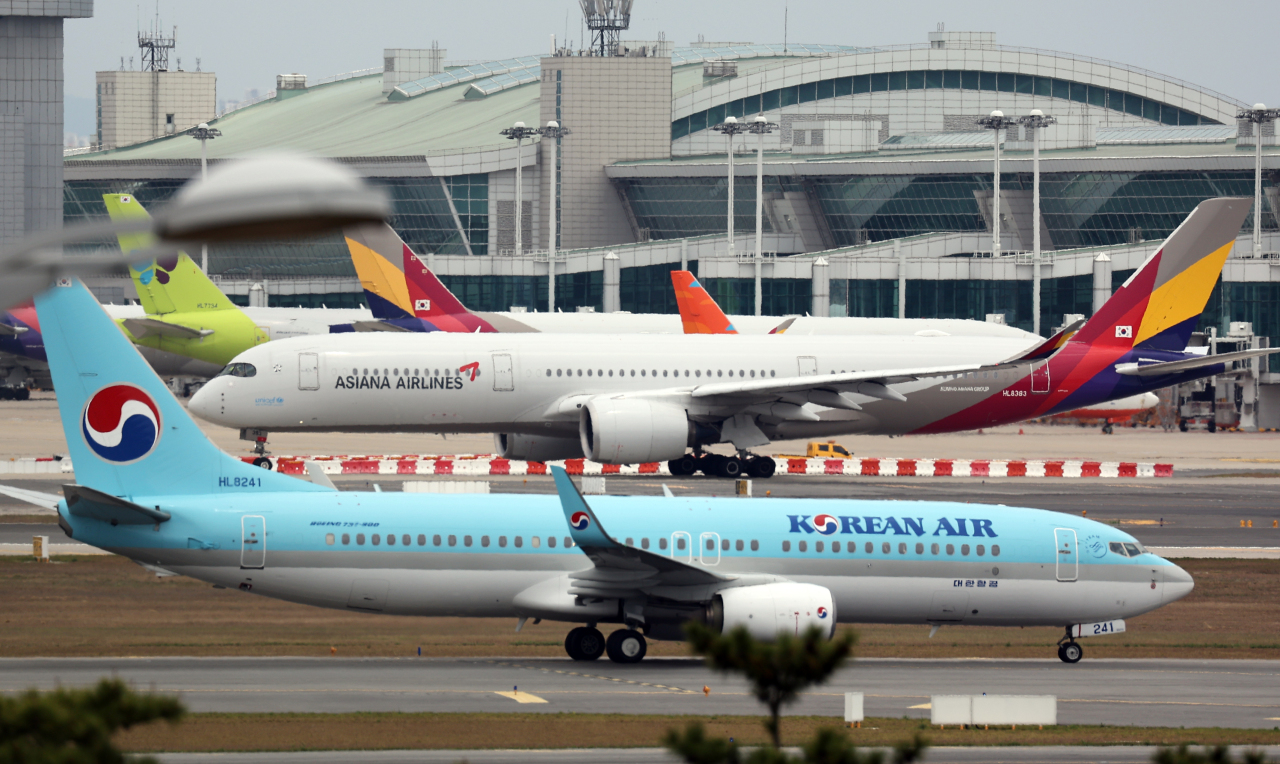 (Yonhap)
South Korea’s Transport Ministry said Friday that it would lift restrictions on the operation of international flights and also expand the number of outbound routes, getting ready to go back to pre-pandemic status.

Authorities said measures for aviation industry’s normalization will be applied from Wednesday.

The ministry has approved some 762 international flights per week for June, 230 more flights added compared to in May, but said it was also willing to give more approvals if air carriers want to expand services.

“Due to COVID-19 restrictions, not only the aviation industry but general public has suffered too long in terms of traveling. By adopting normalization measures in advance, we hope to lessen public’s inconvenience and see the revitalization of aviation industry,” said Transport Minister Won Hee-ryong.

Travel demand for holidays in July is expected to return to the 60 percent level compared to the pre-pandemic period, according to the ministry.

Currently, only 13 percent of international flights in South Korea have been restored compared to 2020, a lot lower than the 70 percent at global airports.

The ministry said its initial plan was to expand the number of international routes by 300 per week to pull up the outbound flight rate to 50 percent of the previous level. It decided to open up more routes in advance, considering the global trend of increased overseas travel.

Other new measures include the scrapping of a curfew at Incheon Airport which had been set from 8 p.m. to 5 a.m. after two years and two months. The restriction on the number of arriving flights per hour will also be abolished.

For a speedy arrival process, the ministry said it will cooperate with airport operators to boost its workforce for guiding passengers and conducting speedy quarantine tests using QR codes to avoid congestion.

It will also lift a measure requiring flight attendants to wear protective gear.