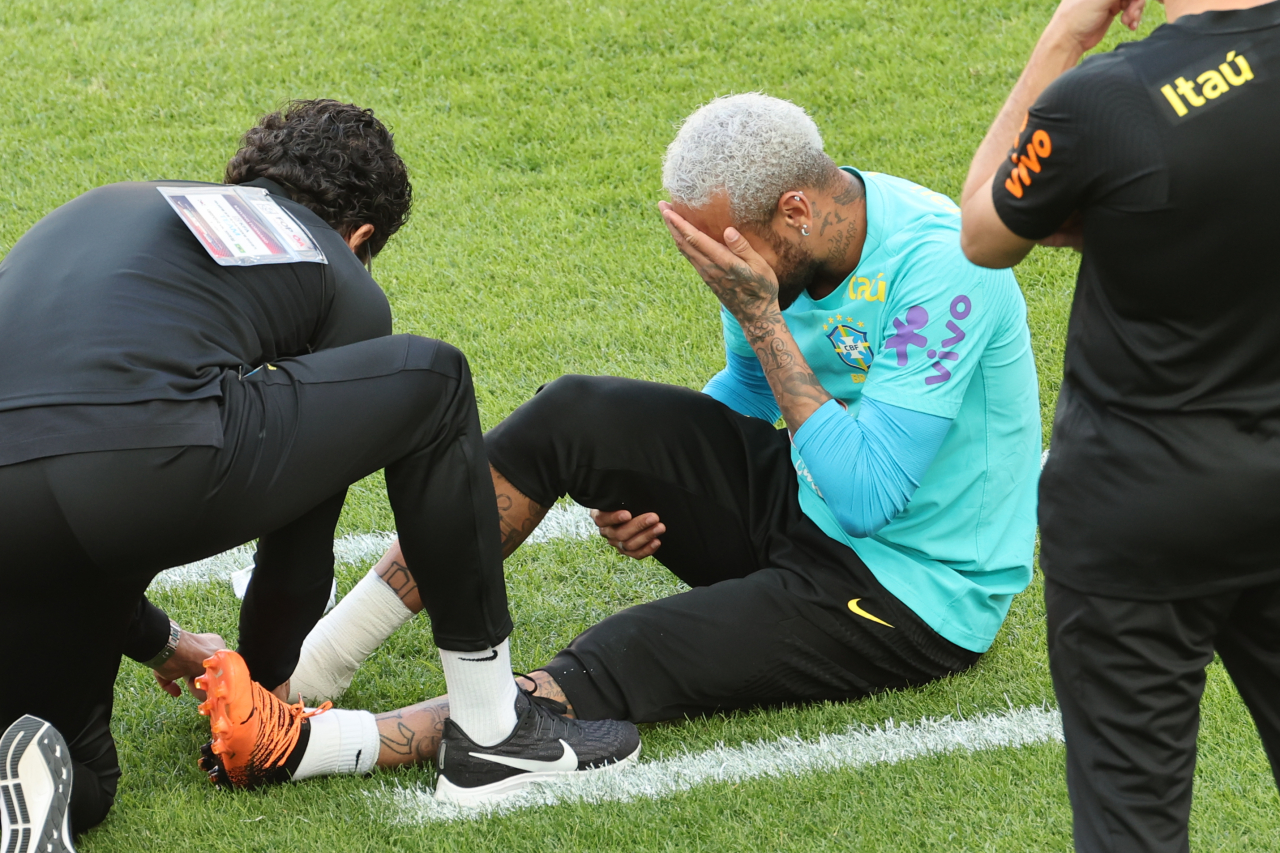 Brazilian soccer player Neymar (Yonhap)
Brazil superstar Neymar is questionable for a friendly match against South Korea on Thusday after sustaining a right foot injury during training in Seoul on the eve of the game.

Brazil held an open training session at Seoul World Cup Stadium on Wednesday. The visiting South Americans will take on the Taeguk Warriors at the same venue Thursday, for an 8 p.m. kickoff.

During the session, Neymar collided with a teammate and then grabbed his right foot as he dropped to the pitch. He took off his right cleat as a team trainer came on to take a closer look. Neymar covered his face with his left hand in obvious pain.

Neymar limped off the pitch under his own power but did not return to training.

During a prematch press conference held after the training session, Brazil's team doctor, Rodrigo Lasmar, said Neymar's right foot had some swelling, and the team will have to monitor his progress until Thursday morning before making the call on his match status.

"It is too early to tell with certainty whether he'll be able to play in the match," the doctor said through an interpreter during the online presser. "We'll have to wait until tomorrow morning."

Lasmar said Neymar was "traumatized" after fracturing his fifth metatarsal bone in the right foot in February 2018, and he tends to be particularly concerned about any pain to his right foot.

The 30-year-old forward for Paris Saint-Germain is one of the world's most recognizable and wealthiest football players.

Neymar's absence in Thursday's match will be a major letdown for the sellout crowd at 66,000-seat Seoul World Cup Stadium, many of whom likely paid to see him in Seoul for the first time since October 2013.

Neymar later uploaded a photo of his swollen right foot on Instagram. (Yonhap)