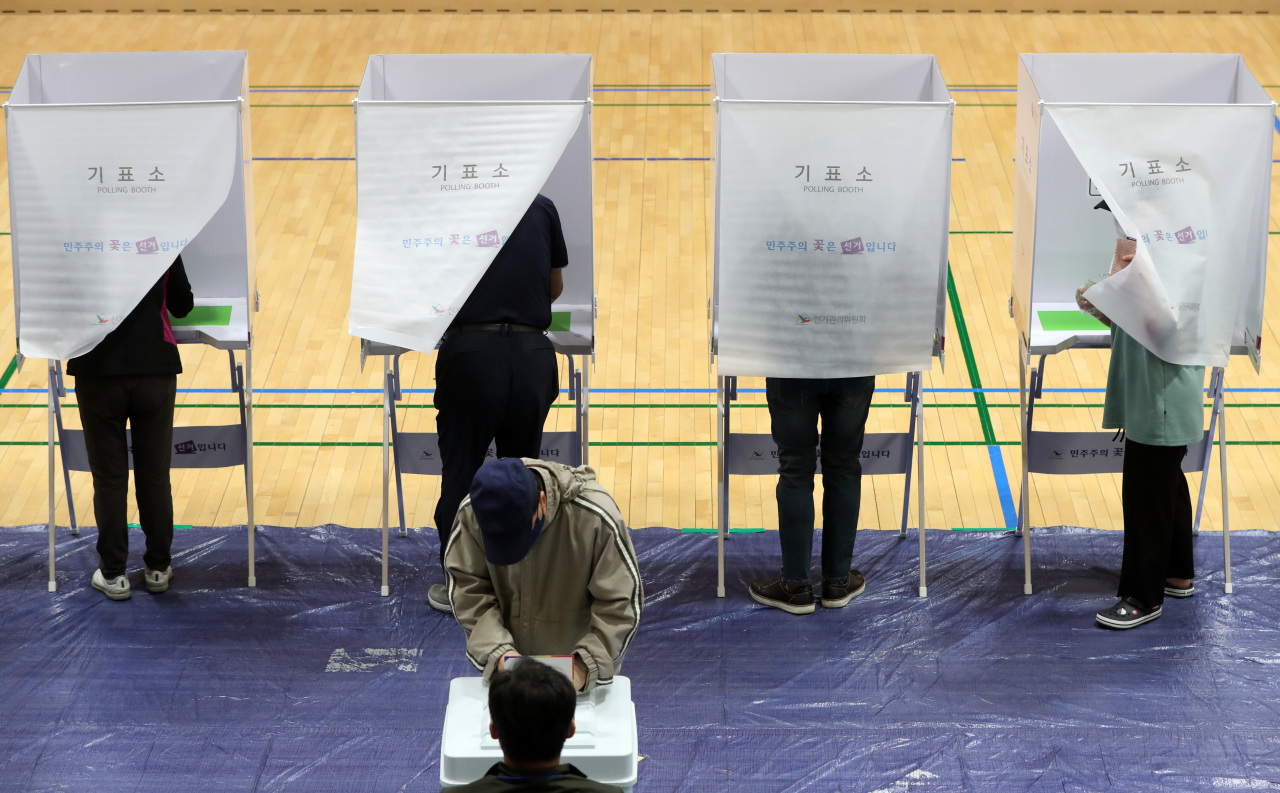 A voter case his ballots at a polling station in Gangwon Province. (Yonhap)
South Koreans voted Wednesday to elect mayors, governors, local council members and regional education chiefs in nationwide local elections that could determine whether the newly inaugurated government of President Yoon Suk-yeol can powerfully push its agenda in its first years.

Up for grabs in this year‘s local elections are 17 metropolitan mayoralties and provincial governorships, 226 lower-level administrative leadership positions, as well as 872 seats in
provincial and metropolitan councils, and 2,988 in lower-level local councils.

Voting kicked off at 6:00 a.m. and is to run until 6:00 p.m. at 14,465 polling centers nationwide, according to the National Election Commission.

There are 44.3 million eligible voters, 9.13 million of whom already cast their ballots during the two-day early voting last week.

Turnout of the advance voting came to 20.62 percent, the highest for any local elections, the NEC said.

The election watchdog expects final turnout for Wednesday’s elections to surpass the 60.2 percent logged in the 2018 local elections.

The elections come less than a month after Yoon took office.

The other four races are considered neck and neck, including the contest for Gyeonggi governor. (Yonhap)