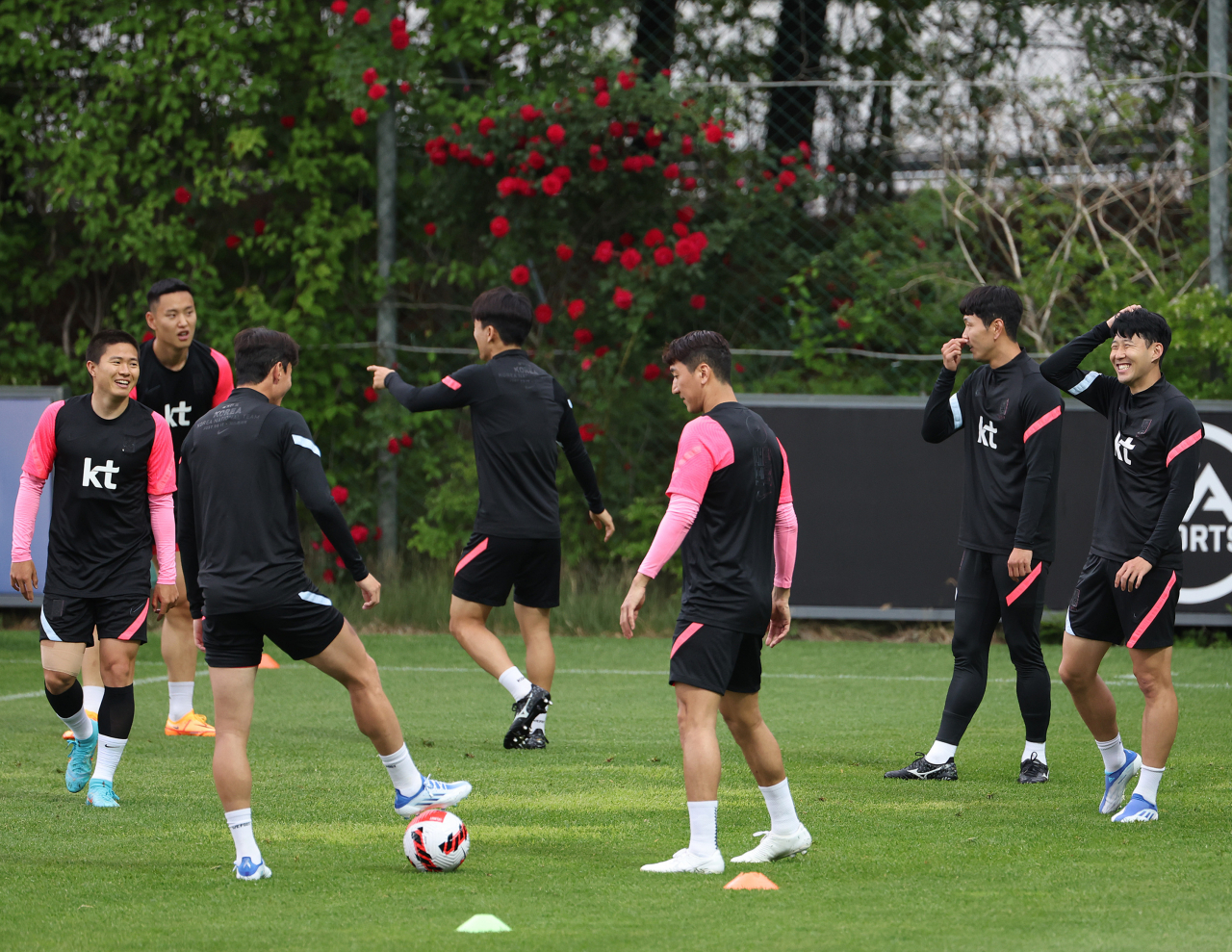 South Korea's first friendly match since qualifying for the FIFA World Cup earlier this year should also be their toughest test, as the Taeguk Warriors are set to host world No. 1 Brazil in the nation's capital Thursday.

The kickoff is 8 p.m. at Seoul World Cup Stadium.

This will be the first of four friendly matches for the 29th-ranked South Korea in June. They will next face No. 28 Chile on June 6 in Daejeon, some 160 kilometers south of Seoul, and then No. 50 Paraguay on June 10 in Suwon, 45 kilometers south of the capital.

They will close things out by hosting the 32nd-ranked Egypt on June 14, back in Seoul.

South Korea can ill afford to look past the first match. In six previous meetings against Brazil, South Korea have managed just one win, which came way back in 1999, and lost five others. Their most recent meeting, in November 2019 in Abu Dhabi, ended in a 3-0 win for Brazil.

In front of what should be a sellout crowd at 66,000-seat Seoul, South Korea will look to their captain and reigning Premier League Golden Boot winner, Son Heung-min, to provide some scoring punch against Brazil.

Son scored twice in the second half of Tottenham Hotspur's 5-0 victory over Norwich City in their season finale on May 22. He finished the season with 23 goals and shared the Golden Boot with Mohamed Salah of Egypt. Son became the first Asian player to lead the Premier League in goals and will ride that wave of momentum into these June international matches.

Brazil will counter with a global superstar of their own in Paris Saint-Germain stalwart Neymar, who scored in Brazil's 2-0 win over South Korea in Seoul in October 2013.

And Brazil are far from a one-man team. Vinicius Junior of Real Madrid, who scored the lone goal in the club's 1-0 victory over Liverpool in the UEFA Champions League final Sunday, will join Neymar up front. Aston Villa's Philippe Coutinho leads the midfield corps. And two members of the Century Club, Dani Alves of FC Barcelona (122 caps) and Thiago Silva of Chelsea (105 caps), have also made the team.

In net will be Alisson, who backstopped Liverpool to the FA Cup and League Cup trophies this season, on top of the 2019-2020 Premier League title and the 2018-2019 UEFA Champions League trophy.

Against this star-studded squad, South Korea coach Paulo Bento will take a team missing some key players to injuries, including Fenerbahce center back Kim Min-jae, the usual defensive rock who is recovering from ankle surgery.

Brazil would have been a handful for South Korea even with Kim in the lineup. With him out of the picture, containing the Selecao will be that much tougher for Kim Young-gwon, Kim Min-jae's longtime center back partner, and the rest of the defense corps.

Over the past couple of seasons, South Korea have mostly been limited to playing Asian teams during the World Cup qualifying campaign and haven't been able to challenge themselves against quality opponents due to travel restrictions in place for the COVID-19 pandemic.

On multiple occasions in recent weeks, Bento has acknowledged that, in the four upcoming friendlies, South Korea won't be able to dominate the ball possession the way they had done in Asian World Cup qualifiers. But Bento has also said he won't completely change the team's style of play, though playing without Kim Min-jae also necessitates changes to the team's defensive strategy.

In his media availability Monday, Son, the captain, called on his teammates to take a fearless approach against Brazil, rather than just roll over in the presence of the South American giants.

Son also said playing Brazil is a part of the process, not the end in itself, and taking away lessons to build upon is more important than getting caught up in the result.

"Obviously, our fans would want us to win and score a lot of goals, but things don't always go the way we want them to," Son said. "I don't think results in these matches are important. Even if we don't play well, we should try to take as many lessons as possible. We should look toward the World Cup and try to build a perfect team for that tournament." (Yonhap)