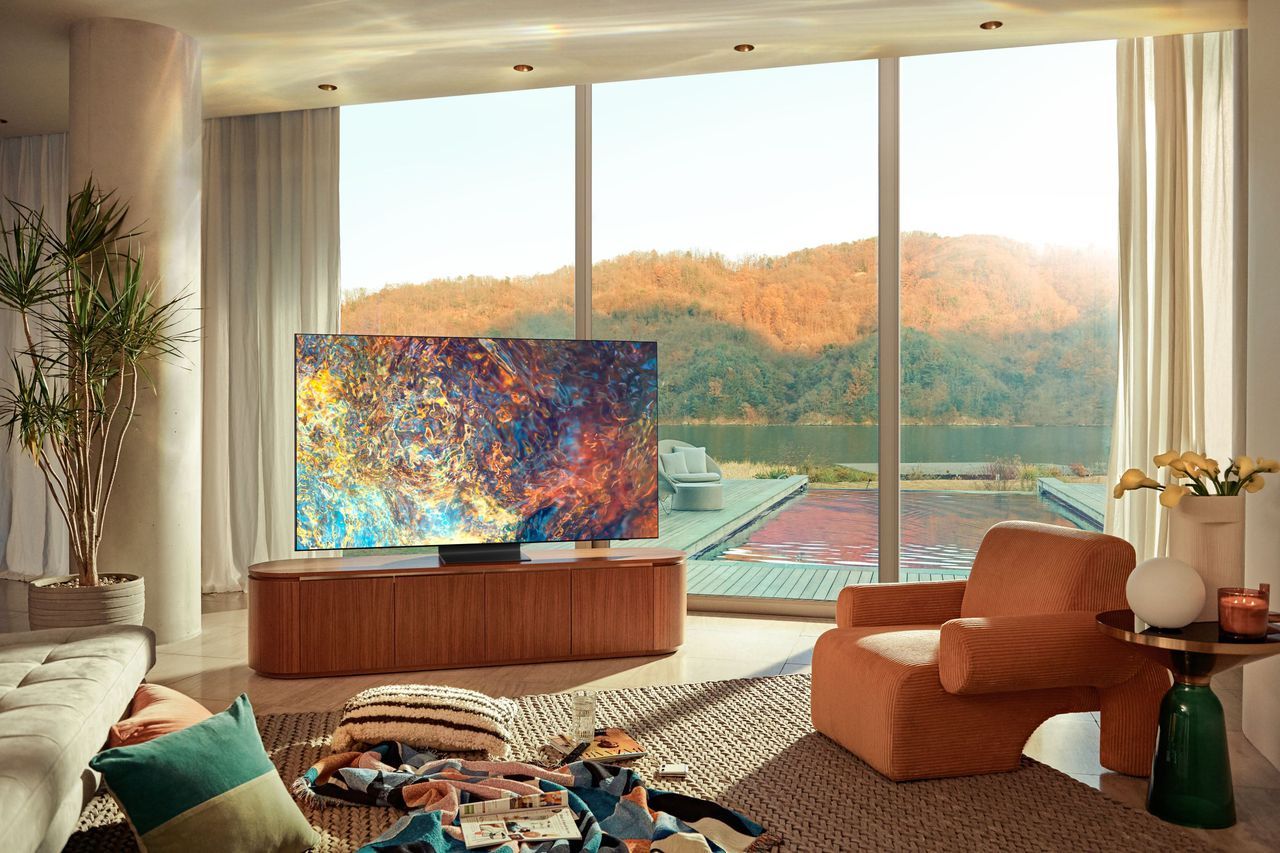 A promotional image of a quantum-dot LED TV (Samsung Electronics)
Samsung Display, the display making arm of Samsung Electronics, is poised to fully shut down its unprofitable liquid crystal display panel business for televisions in June, after over 30 years of operation.

“(Samsung Display) will terminate its supply of LCD panels in June,” an industry source said Monday. The company has been manufacturing its lower-end panels in Asan, South Chungcheong Province.

The long-awaited move came as LCD TV panel prices have been on a constant decline. This led to greater losses for Samsung Display, while Chinese competitors have been ramping up their dominance in the global industry supported by state subsidies and tax breaks.

According to market intelligence firm Omdia‘s estimate compiled by Daishin Securities, 43-inch LCD panel prices fell 46 percent from September 2021 to May this year, while that of 55-inch panels and 65-inch panels both declined 34 percent over the cited period.

This marks the end of Samsung’s three-decade LCD TV panel business. Once the largest LCD TV panel supplier in the world, Samsung Display‘s market share has gradually shrunk from 22 percent in 2014 to around 2 percent this year.

Samsung Display had sought to exit the business from before 2021, but has been hanging on in part due to Samsung Electronics’ LCD panel supply shortage.

Choi Kwon-young, executive vice president of Samsung Display, confirmed the company’s full exit from the LCD TV panel business within this year in a first-quarter conference call in April.

Given that Samsung’s LCD TV panel exit has long been anticipated and carried out gradually, Samsung Electronics will “unlikely be affected by Samsung Display‘s LCD panel exit” in terms of its continuity in the LCD TV set business, noted Kim Hyun-soo, an analyst at Hana Financial Investment on Monday.

As for the anticipated collaboration between TV maker Samsung Electronics and the world‘s sole white-OLED TV panel supplier LG Display, Kim of Hana said the launch of Samsung’s OLED TV is unlikely within this year due to prolonged negotiations.

The company’s earnings guidance in the first quarter showed that its operating profit rose threefold to 1.09 trillion won ($878.5 million) compared to the previous year.