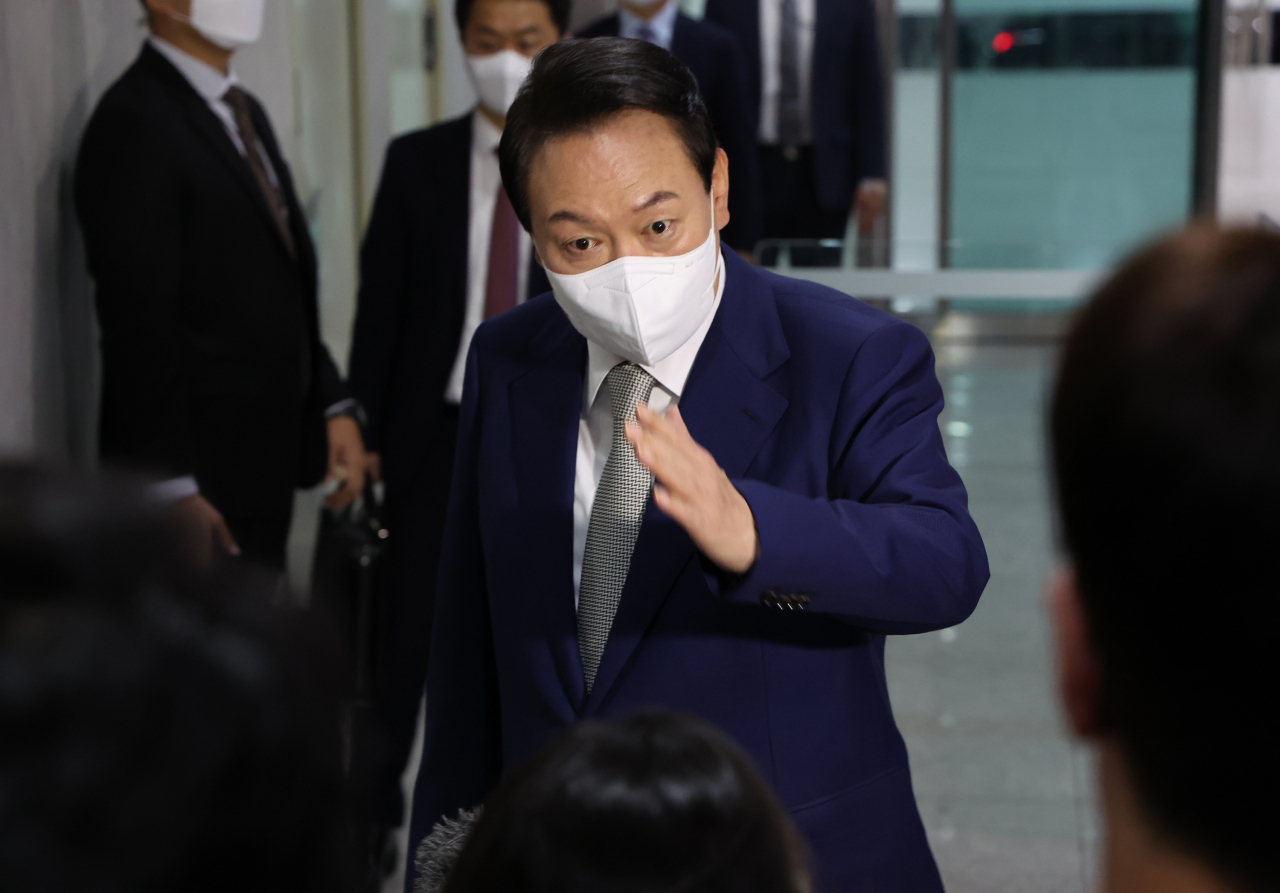 President Yoon Suk-yeol answers reporters' questions upon arriving for work at the presidential office in Seoul on Monday. (Yonhap)

President Yoon Suk-yeol will not appoint a special inspector charged with investigating corruption among the president's family members and senior aides in line with his commitment to giving all investigations to the prosecution and police, an official said Monday.

The office of the special inspector was established under then President Park Geun-hye in 2014 to conduct investigations into alleged irregularities committed by the president's spouse, close relatives up to and including first cousins, and presidential officials ranking equal to or above a senior presidential secretary.

Park's successor, Moon Jae-in, did not appoint a single special inspector during his term, which led to calls for a resurrection of the system under Yoon.

"There will be no appointment of a special inspector," the official at the presidential office told Yonhap News Agency, explaining that Yoon does not want any part in probes implicating those close to him.

A special inspector is required to report the start of an investigation and its findings to the president.

"Whatever happens outside the presidential office will be left to the individual," the official said.

He has abolished the office of the senior presidential secretary for civil affairs, which was previously involved in inspections and vetting, in line with his campaign pledge, and backed the creation of a new personnel vetting unit under the justice ministry.

"The presidential secretaries' office should focus on policy. For digging up irregularities and information on a certain person, they shouldn't be doing that," Yoon told reporters last week when asked about the proposed unit, which would vet potential candidates for senior government jobs.

Yoon went on to say the United States operates a similar system.

In the U.S., the Federal Bureau of Investigation, which is under the Justice Department, conducts the initial vetting process and reports its findings to the White House.

"The presidential secretaries' office should not be directly involved in collecting information but receive it," Yoon said. "Only then can we be objective."

Yoon is a former prosecutor who served as the prosecutor general before quitting to run for president last year. (Yonhap)