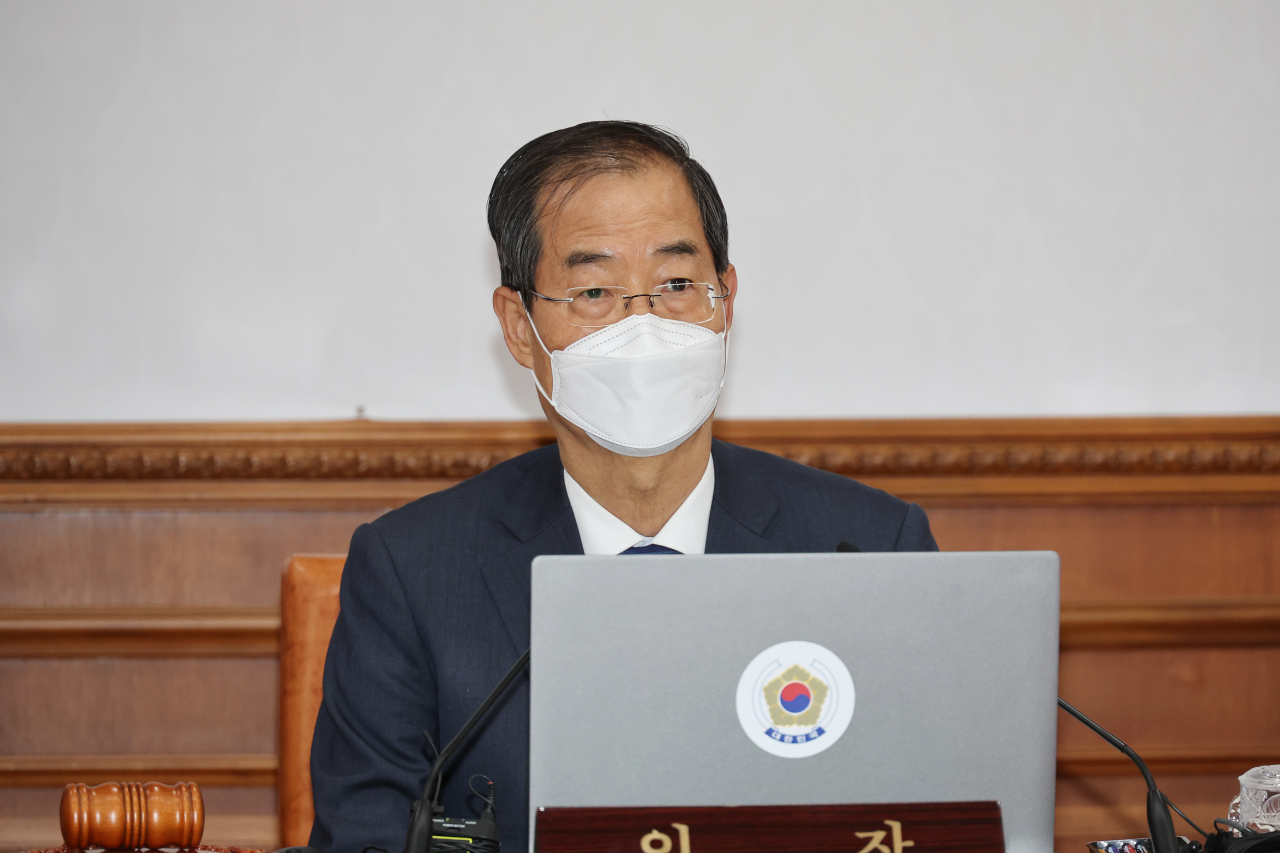 The Cabinet on Monday approved a 62 trillion-won ($49.4 billion) extra budget aimed mainly at helping small merchants affected by the pandemic.

The spending plan was passed at an extraordinary Cabinet session presided over by Prime Minister Han Duck-soo.

The bill was approved in a plenary session after the ruling People Power Party and the main opposition Democratic Party agreed to add 2.6 trillion won to the 59.4 trillion won proposed by the government.

Han told the meeting that the extra budget underlines the new government's commitment to provide support for socially vulnerable people hit hardest by the pandemic and rising prices, rather than providing universal grants to all people.

"Until the financial situation becomes affordable, the first principle is to strengthen policy on these people," Han said.

Han also praised the National Assembly for approving the extra budget bill before its plenary session ended, saying the ruling and the main opposition parties showed politics of cooperation by agreeing on the bill.

The largest-ever extra budget -- the first under the Yoon Suk-yeol government -- calls for a 39 trillion-won spending plan, including cash handouts to small merchants, and 23 trillion won in grants to regional governments.

Under the agreement, some 3.71 million merchants and micro business owners will be eligible for cash handouts of between 6 million won and 10 million won each.

The government will begin offering cash handouts later in the day as it pledges to swiftly allocate the budget. (Yonhap)