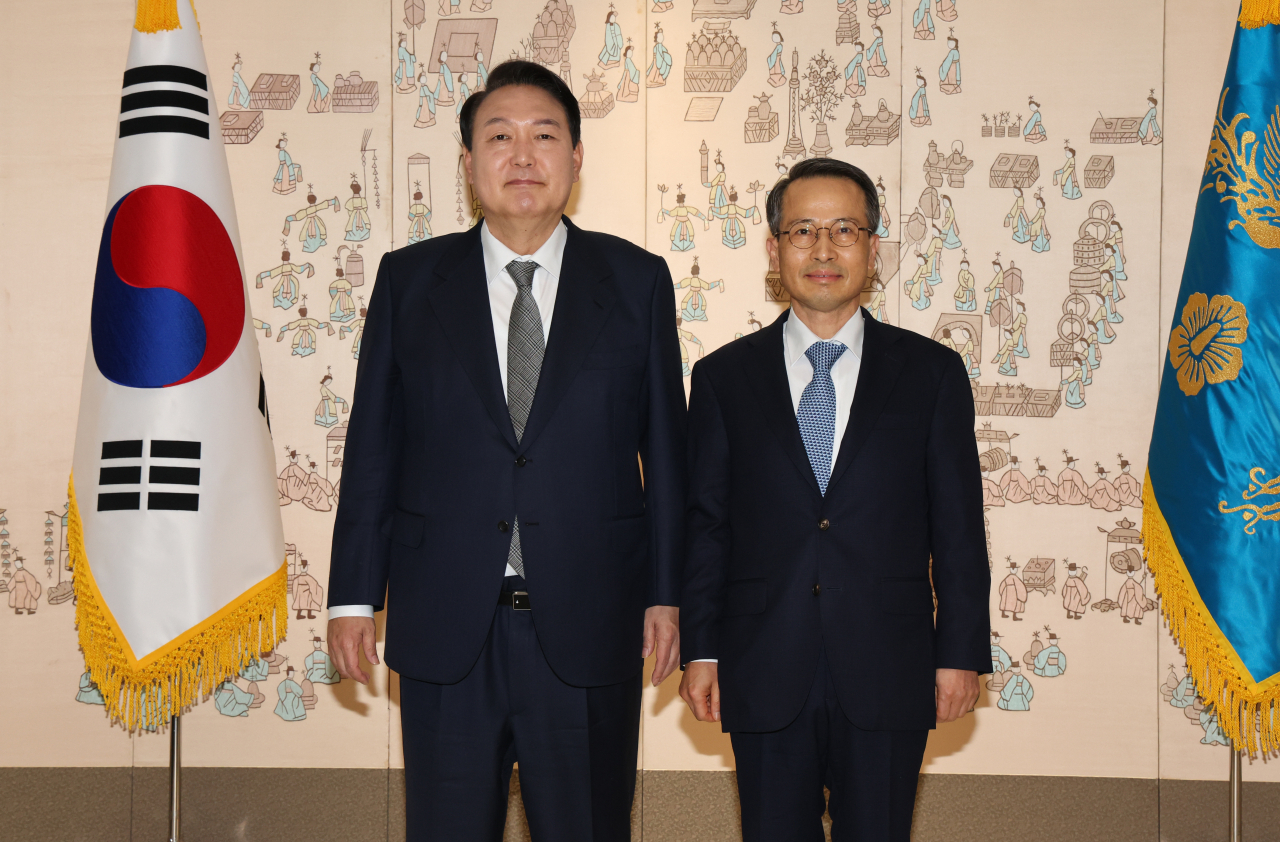 President Yoon Suk-yeol (L) poses with National Intelligence Service Director Kim Kyou-hyun after presenting him with a letter of appointment at the presidential office in Seoul on Friday. (Yonhap)

Yoon presented Kim with a letter of appointment a day after the National Assembly approved him as director of the National Intelligence Service.

Kim takes over at a time when tensions run high in the wake of a series of weapons tests by North Korea.

During his confirmation hearing Wednesday, the director vowed to reinforce the country's intelligence capabilities with regard to North Korea while voicing skepticism about Pyongyang's will to denuclearize.

Kim entered the foreign service in 1980 and worked in various posts dealing with the United States before being appointed first vice foreign minister under then President Park Geun-hye.