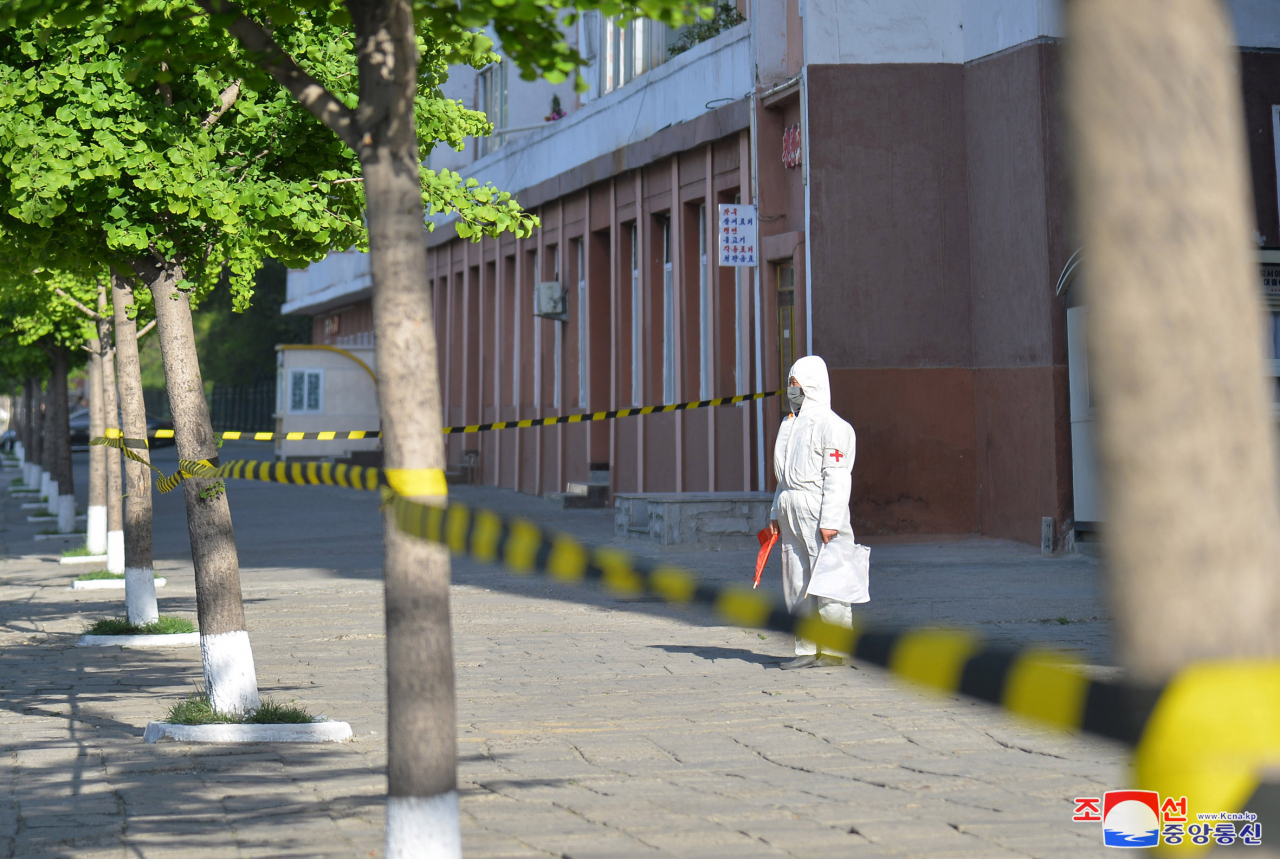 This file photo, released by the North's official Korean Central News Agency on May 17, 2022, shows a health care worker on a closed-off sidewalk in Pyongyang amid the country's COVID-19 outbreak. (KCNA)

More than 100,460 people showed symptoms of fever and one death was reported over a 24-hour period until 6 p.m. the previous day, the official Korean Central News Agency (KCNA) said, citing data from the state emergency epidemic prevention headquarters.

The total number of fever cases since late April came to more than 3.27 million as of 6 p.m. Thursday, of which more than 3.03 million have recovered and at least 233,090 are being treated, it added. The death toll stood at 69.

On May 12, North Korea reported its first COVID-19 case after claiming to be coronavirus-free for over two years. (Yonhap)