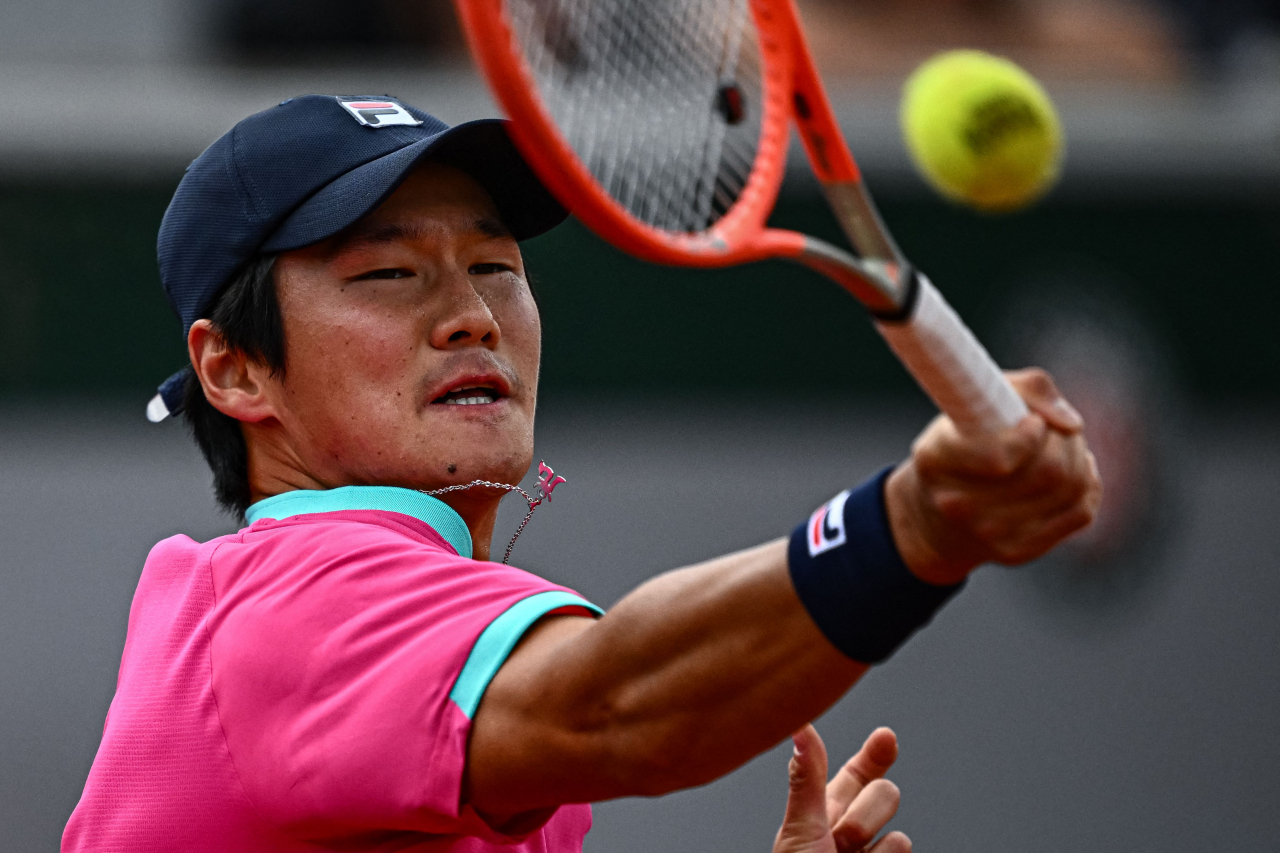 South Korea's Soonwoo Kwon returns the ball to Russia's Andrey Rublev during their men's singles match on day three of the Roland-Garros Open tennis tournament at the Court 14 in Paris on Tuesday.(AFP)

South Korea's Kwon Soon-woo has failed to get past the opening round of the French Open, a year after advancing to the third round of the season's second Grand Slam tournament.

At last year's French Open, Kwon had reached the third round, the deepest he had ever gone at one of the four major tennis tournaments.

He took the first set over Rublev in a tiebreak, rallying from a 5-4 deficit with three straight points.

However, tied at 3-3 in the second set, Rublev broke Kwon for the first time in the match and went on to claim the set 6-3.

In the third set, the two players were knotted up at 2-2 before Rublev won four consecutive games for a 6-2 set win and a 2-1 lead in the match.

Kwon battled Rublev to a 4-4 tie in the fourth set. Rublev held his serve to go up 5-4 and then broke Kwon in the next game to close out the match in just under three hours.

Rublev enjoyed a 15-3 edge in aces. Kwon committed 40 unforced errors, compared with 28 by his Russian opponent.