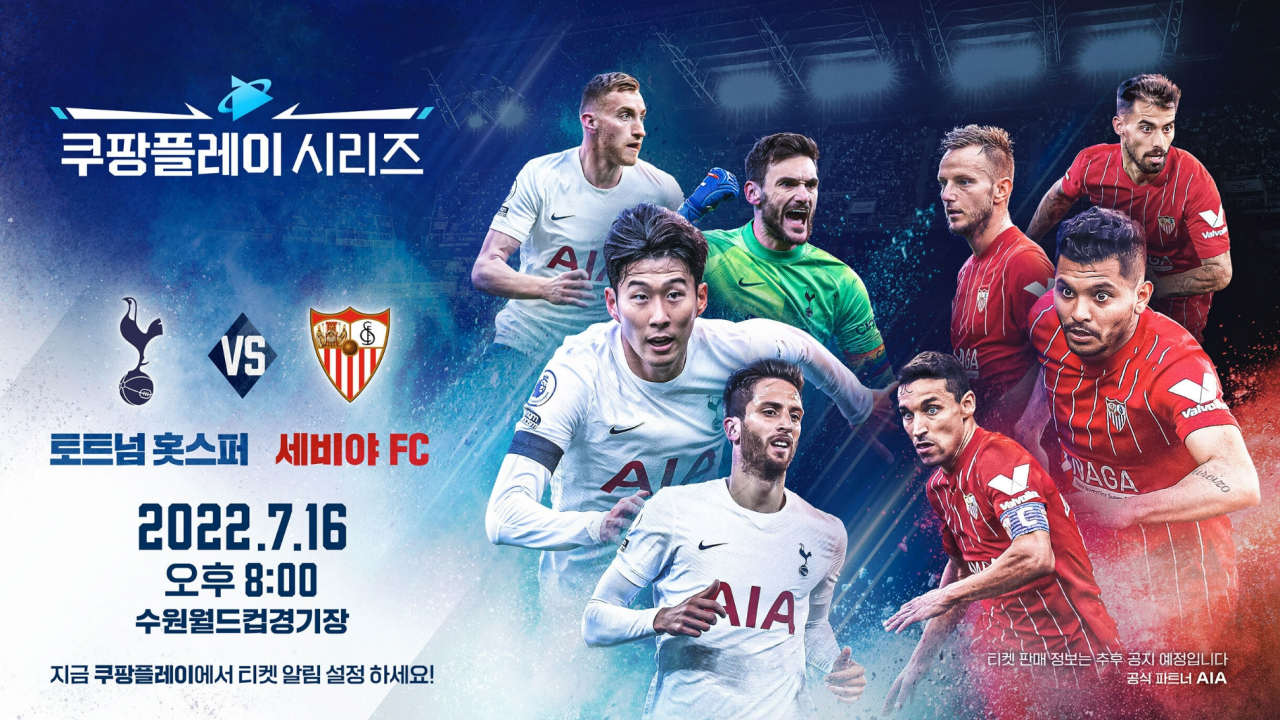 This image provided by Coupang Play on Tuesday, shows the fixture for an exhibition match between Tottenham Hotspur and Sevilla FC at Suwon World Cup Stadium in Suwon, 45 kilometers south of Seoul, on July 16, 2022, as part of Tottenham's summer tour to South Korea. (Coupang Play)

Tottenham Hotspur announced Tuesday they will face Sevilla FC in the second of their two exhibition matches in South Korea this summer.

Tottenham, featuring the reigning Golden Boot winner from South Korea, Son Heung-min, said their game against the Spanish club will kick off at 8 p.m. on July 16 at Suwon World Cup Stadium in Suwon, some 45 kilometers south of Seoul.

Tottenham had announced in April they will take on an All-Star team of the K League players in their first exhibition match on July 13 at Seoul World Cup Stadium.

Behind Son's league-leading 23 goals, Tottenham finished fourth in the 2021-2022 Premier League season to book a spot in next season's UEFA Champions League.

Spurs boast a large fan base in South Korea thanks to Son's heroics. The 29-year-old national team captain became the first Asian player to lead the Premier League in goals Sunday, by netting two goals in a 5-0 rout of Norwich City in the season finale. Son and Mohamed Salah of Liverpool shared the Golden Boot.

Sevilla also ranked fourth in the 2021-2022 La Liga season. They have won the UEFA Europa League a record six times.

The exhibition tour will be organized by the South Korean streaming service Coupang Play, and both matches will be streamed live on that platform. (Yonhap)