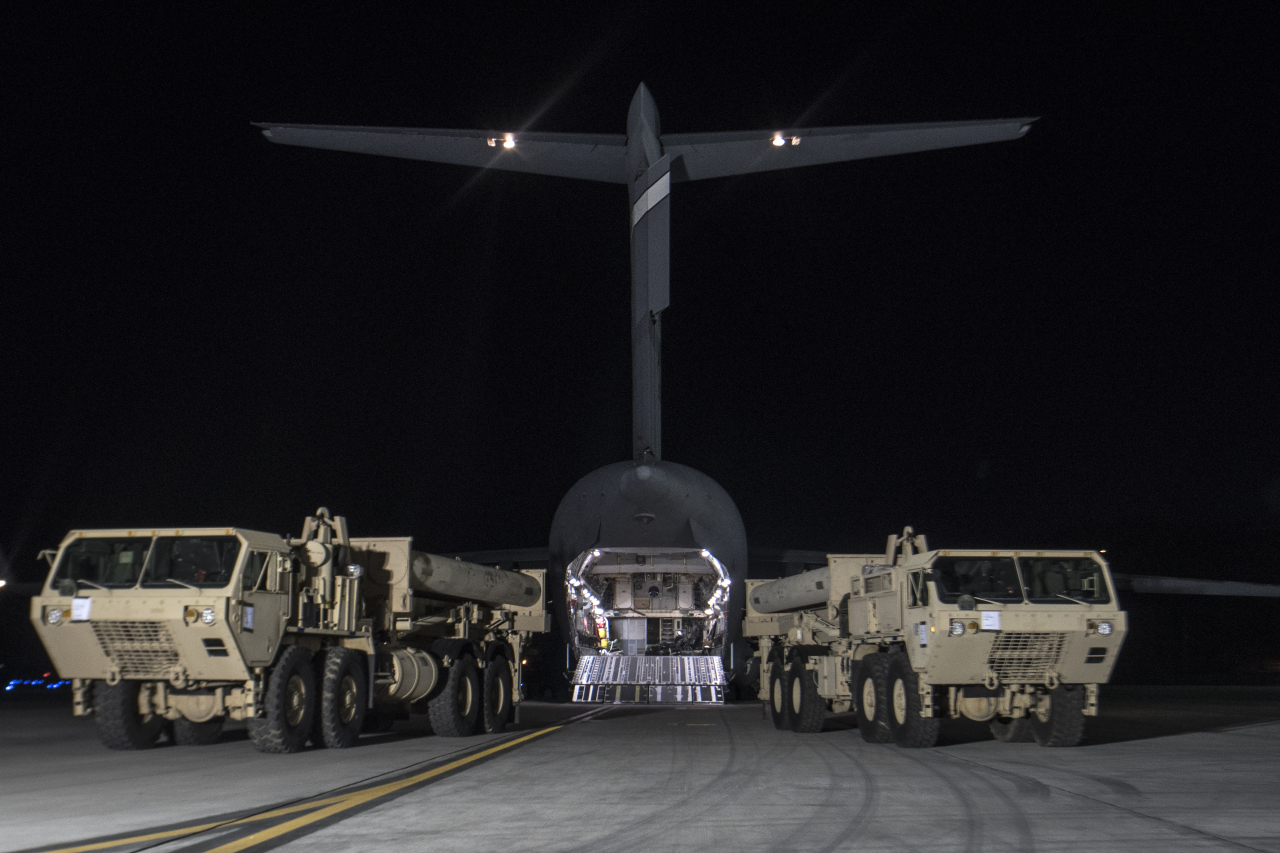 The US THAAD missile defense battery has been temporarily deployed on the now-shuttered Lotte Skyhill golf course in Seongju County, North Gyeongsang Province, since 2017.

The normal operation of the military base had been hampered by the yearslong postponed full-scale environmental impact assessment of the THAAD deployment under the Moon Jae-in government.

South Korea also has not completed the process to officially provide the land and related facilities to the US side to host the THAAD battery in accordance with the Status of Forces Agreement.

But South Korean Defense Minister Lee Jong-sup on Monday reiterated the pledge by the Yoon Suk-yeol government to ensure US Forces Korea can normally operate the THAAD battery without further delay.

“We will push for it at an early date,” he told reporters.

Lee said the Moon Jae-in government should have guaranteed the full-capacity operation of the THAAD base in light of the necessity, pointing out that the required procedures are “not so difficult.”

Lee went on to say that Seoul has been preparing for processes to that end, but did not provide details.

President Yoon and his US counterpart Joe Biden were widely expected to publicly discuss ways to normalize the operation of the THAAD base during their summit on Saturday. But the South Korean Defense Ministry on Monday confirmed there was no discussion on the agenda between the leaders.

Earlier this month, the USFK commander complained that limited access to the THAAD site has had adverse impacts on its military readiness, living conditions for American service members and the alliance’s combined defense posture.

Gen. Paul LaCamera underscored that “unfettered access is required to fully ensure logistical support at the site, and improve the quality of life for Service members stationed there” in a written statement presented to the House Appropriations Subcommittee on Defense this month.

“Limited access also slows the pace of construction projects on site which is critical for maintaining the system’s capabilities, crew training, and upgrades,” the USFK commander said. “All of this hinders the Alliance’s ability to operate this defensive system and defend the ROK (Korean) people, as well as US and ROK service members.”

The South Korean defense minister on Monday also underlined that the Yoon government will take a different approach to enhance the viability of the US extended deterrence against North Korean missile and nuclear threats in a bid to carry out the commitment made by Yoon and Biden during their summit.

Lee elucidated that the Yoon government will push forward “more detailed and substantive” measures to strengthen the US extended deterrence compared to its predecessor.

As part of their effort, both sides agreed to reactivate the vice-ministerial-level Extended Deterrence Strategy and Consultation Group, which has been suspended since January 2018.