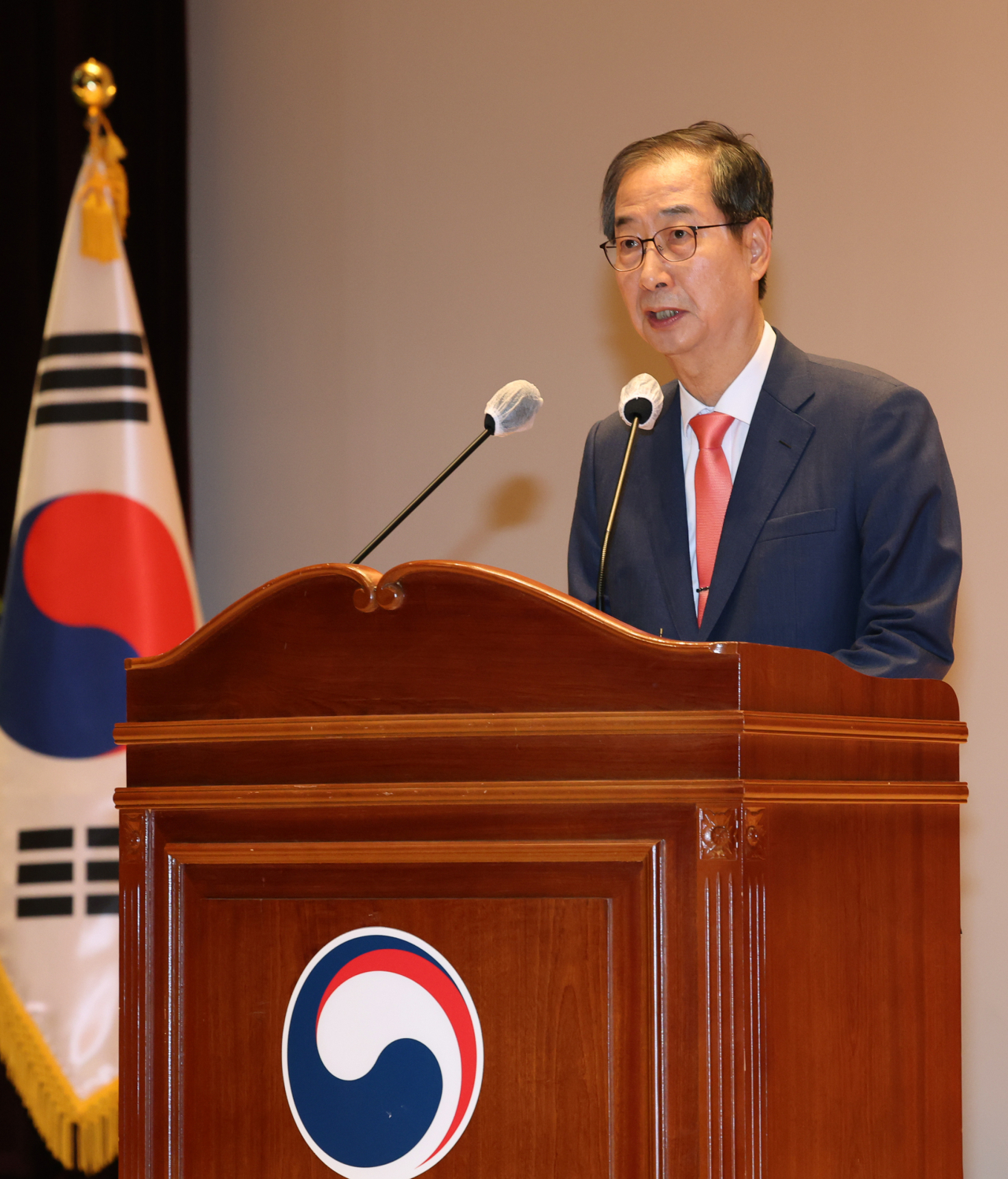 Han Duck-soo speaks after being sworn in as prime minister during a ceremony at the government complex in Sejong, central South Korea, on Monday, to mark his inauguration. (Yonhap)

"I will take the lead in national unity and cooperation of politics to resolve matters of people's livelihood, economic recovery, sustainable growth and materialize the safety of people," Han said in his inauguration speech.

Han said the government is prepared to provide compensation to small merchants hit by the COVID-19 pandemic as soon as the National Assembly approves the extra budget bill.

The National Assembly is reviewing the government's proposed record extra budget of 59.4 trillion won ($46.8 billion), as the country seeks to compensate small merchants for their losses caused by stricter containment rules.

Han also pledged the government will draw up measures to cope with surging inflation and household debt.

With regard to economic policies, the government will push for "bold and strong" deregulations, Han said.

In line with President Yoon Suk-yeol's pledge, Han said economic policies will be guided by the market.

"In the past, it was effective for the government to lead economic growth, but now the capabilities of the private sector and the market have grown enough," Han said.

"Based on the market economy system, it is possible to grow properly only when the private sector leads and the government pushes it from behind," Han said.

Yoon appointed Han on Saturday after the opposition-controlled National Assembly confirmed him following nearly 50 days of partisan wrangling over his suitability.

Han took the country's No. 2 government post for the second time. The 72-year-old previously served as prime minister during the liberal Roh Moo-hyun administration from 2007 to 2008.

Later in the day, Han, along with some presidential aides, plans to attend a memorial service for late former President Roh, set to take place in the southern town of Bonghwa. (Yonhap)