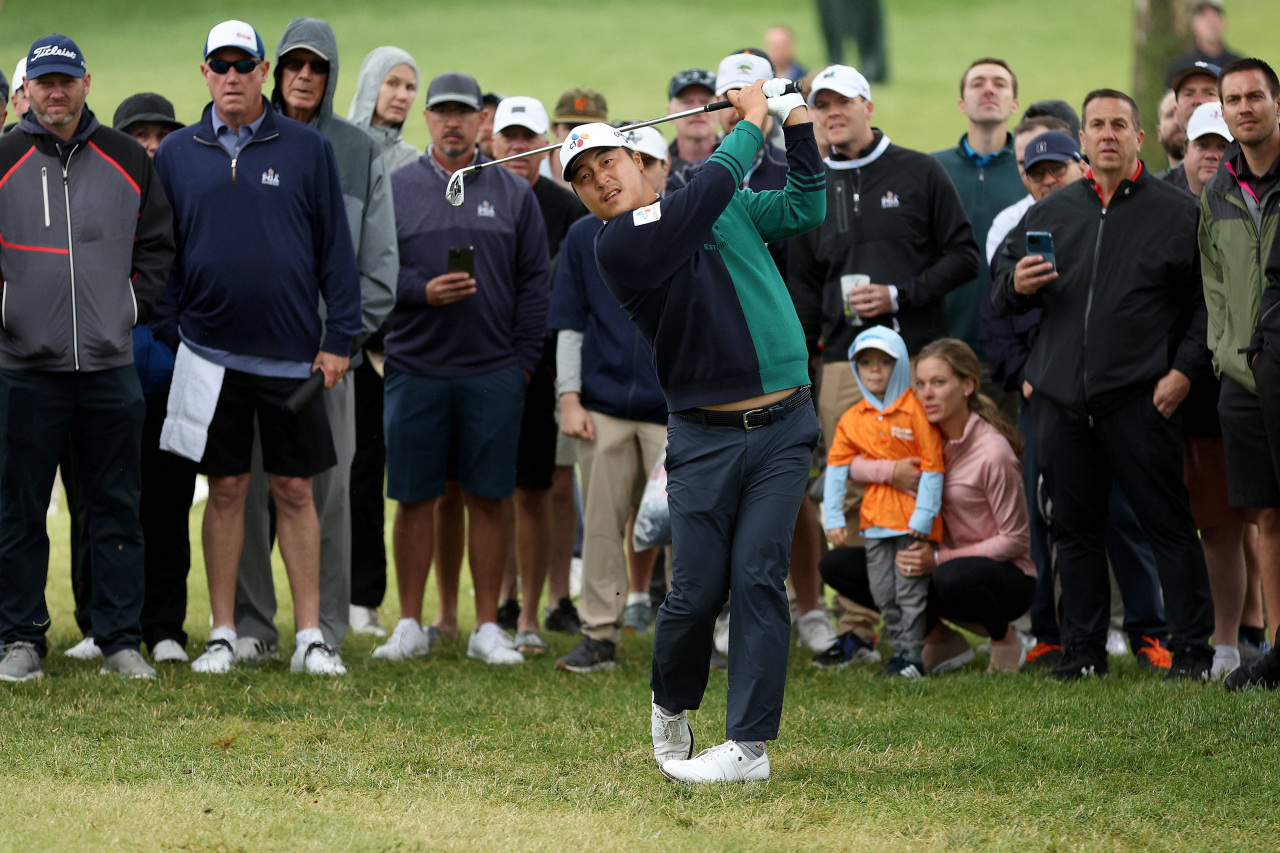 In this Getty Images photo, Lee Kyoung-hoon of South Korea plays his second shot on the first hole during the third round of the PGA Championship Southern Hills Country Club in Tulsa, Oklahoma, last Saturday. (Getty Images)

South Korea's Lee Kyoung-hoon tied for 41st place at the second major tournament of the men's golf season, finishing as the top player from the country.

Lee shot a final round of two-over 72 at the PGA Championship at Southern Hills Country Club in Tulsa, Oklahoma, on Sunday (local time), for a four-day total of five-over 285.

Lee hadn't made the cut at his five previous major appearances. This time, fresh off a win at the AT&T Byron Nelson the week prior, Lee opened with a solid one-under 69.

Lee, however, never broke 70 again. He carded a 73 in the second round, closing his day with consecutive bogeys, and followed that up with rounds of 71 and 72.

Kim Si-woo was the next-best South Korean player at nine-under 289, which tied him for 60th place. Kim shot 70 in the final round, his best score of the week at Southern Hills.

Yang Yong-eun, the 2009 champion, missed the cut by two strokes after shooting 71-75. Two Korean tour stars, Kim Bi-o and Kim Joo-hyung, also failed to make it to the weekend.

Im Sung-jae, the highest-ranked South Korean at world No. 20, withdrew from the tournament last week after testing positive for COVID-19 while in his home country for a domestic tour event.

Justin Thomas of the United States beat Will Zalatoris in a playoff for his second career PGA Championship win. (Yonhap)