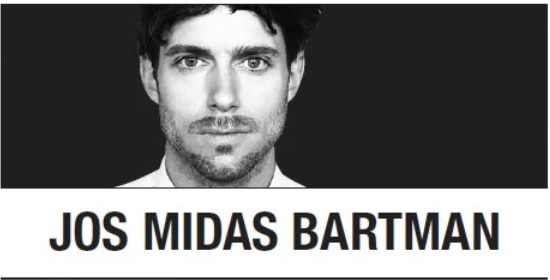 A macabre political thriller recently unfolded in the Philippine province of Palawan, an island known mostly for its rich biodiversity and pristine beaches. On May 9, Joel T. Reyes, the alleged mastermind of the 2011 murder of well-known radio broadcaster Gerry Ortega, ran again for governor. Had Reyes won, the possibilities for Ortega’s family to obtain justice for the killing would have dwindled. Fortunately for them, he lost.

Although episodes like the Ortega murder might seem extreme, they are more common than many realize. Powerful authoritarian subnational elites such as Reyes, supported by a political milieu that often guarantees them impunity, pose the deadliest threat to journalists.

Ortega was fatally shot after he publicly accused Reyes, Palawan’s governor from 2002 to 2011, of embezzlement. All members of the hit squad were soon arrested and subsequently confessed to the killing. But, despite strong evidence that Reyes ordered the murder, prosecutors refrained from indicting him.

The middleman in the scheme, Rodolfo Edrad, implicated Reyes as the mastermind and was placed under witness protection. However, prosecutors found Edrad’s testimony to be uncorroborated. Prosecutors decided that text messages sent by Reyes to Edrad shortly before and after the murder -- including one that read, “Hopefully, upon my return, the problem is over” -- could not be used as evidence because they were “filed out of time.”

A decade-long legal battle between Ortega’s family and Reyes ensued. A newly appointed prosecutorial team accepted the text message as evidence and resumed the case, after which Reyes fled to Vietnam. Although a court of appeals later ruled that the second prosecutorial panel was illegitimate, a new bench of that same court ordered in 2019 that the trial should proceed.

But the warrant for Reyes’s arrest, filed in 2021, was temporarily lifted, enabling him to campaign openly for the governorship. Meanwhile, Ortega’s family, their lawyers, and the Office of the Solicitor General have formally requested the Supreme Court to order Reyes’ immediate arrest -- a step supported by global press-freedom organizations.

Whether Reyes is prosecuted soon has important implications for press freedom in the Philippines. The country currently ranks 147th in Reporters Without Borders’ World Press Freedom Index, not least because of the lack of safety for journalists. Widespread impunity or partial impunity for their killings is a security concern for all journalists in the Philippines.

Organizations like the Committee to Protect Journalists have expressed concern about the potential effect on press freedom of Ferdinand “Bongbong” Marcos, Jr.’s recent presidential electoral victory. But for many journalists, especially in large, decentralized countries such as the Philippines, who holds power at the regional and local level matters just as much -- or even more. In young democracies with relatively weak institutions, authoritarian subnational leaders can rule in ways some national-level autocrats can only dream of. Clientelism and patronage give them the means to win elections and sometimes plunder public resources.

This phenomenon has been evident for decades in the Philippines, where, to take just one example, the Osmeña family has enjoyed dynastic preeminence in Cebu province. But it occurs in other countries, too. In Mexico, the Institutional Revolutionary Party (PRI) had ruled the state of Veracruz for almost a century when Javier Duarte, the governor from 2010-16, became the party’s poster child for corruption after embezzling millions of dollars in public money.

In such contexts, journalists like Ortega are democracy’s last hope. Authoritarian local leaders still care about their image, since a loss of face might lead central institutions to intervene. The cloning and distribution of fake versions of critical news magazines by the former state government of Quintana Roo in Mexico was a clumsy attempt to manage its image and silence dissent. The murder of journalists at the behest of such elites is a grimmer point on the continuum of repression.

Without access to accurate, objective information, there can be no free and fair local elections. The fact that democracy is the only game in town at the national level is scant reassurance for those living in a state or province ruled by a local autocrat. In Veracruz under Duarte’s administration, for example, 18 journalists were murdered with nearly complete impunity, and state prosecutors have been accused of torturing a local sex worker into falsely confessing to the murder of journalist Regina Martínez Pérez.

Unsurprisingly, both executive and judicial institutions are weak in such settings -- how else could these local authoritarian rulers emerge? In the Ortega case in the Philippines, allegations of bribery within the judiciary are rife.

While it is difficult to uncover how and by whom a journalist has been murdered, assessing the exact intentions of local authorities during an investigation can be even tougher. One possible solution is to establish independent prosecutorial bodies to investigate murders of journalists and monitor local implementation of the United Nations guidelines for prosecutors on cases of crimes against journalists. But such efforts require political will from central governments.

Another way to combat impunity for the murder of journalists is through increased efforts to investigate cold cases. The project A Safer World for the Truth – a collaboration between Free Press Unlimited, the Committee to Protect Journalists, and Reporters Without Borders -- is currently conducting such investigations. New findings can sometimes lead to these cases being reopened. For example, an investigation into the murder Pakistani journalist Zubair Mujahid resulted in the family -- together with lawyers -- filing a petition at the High Court of Sindh to reopen the investigation.

National leaders who attack independent media -- such as former US President Donald Trump, Brazilian President Jair Bolsonaro, and Russian President Vladimir Putin -- attract most of the attention. But, as at-risk journalists everywhere will confirm, the local struggle for press freedom and democracy matters just as much.