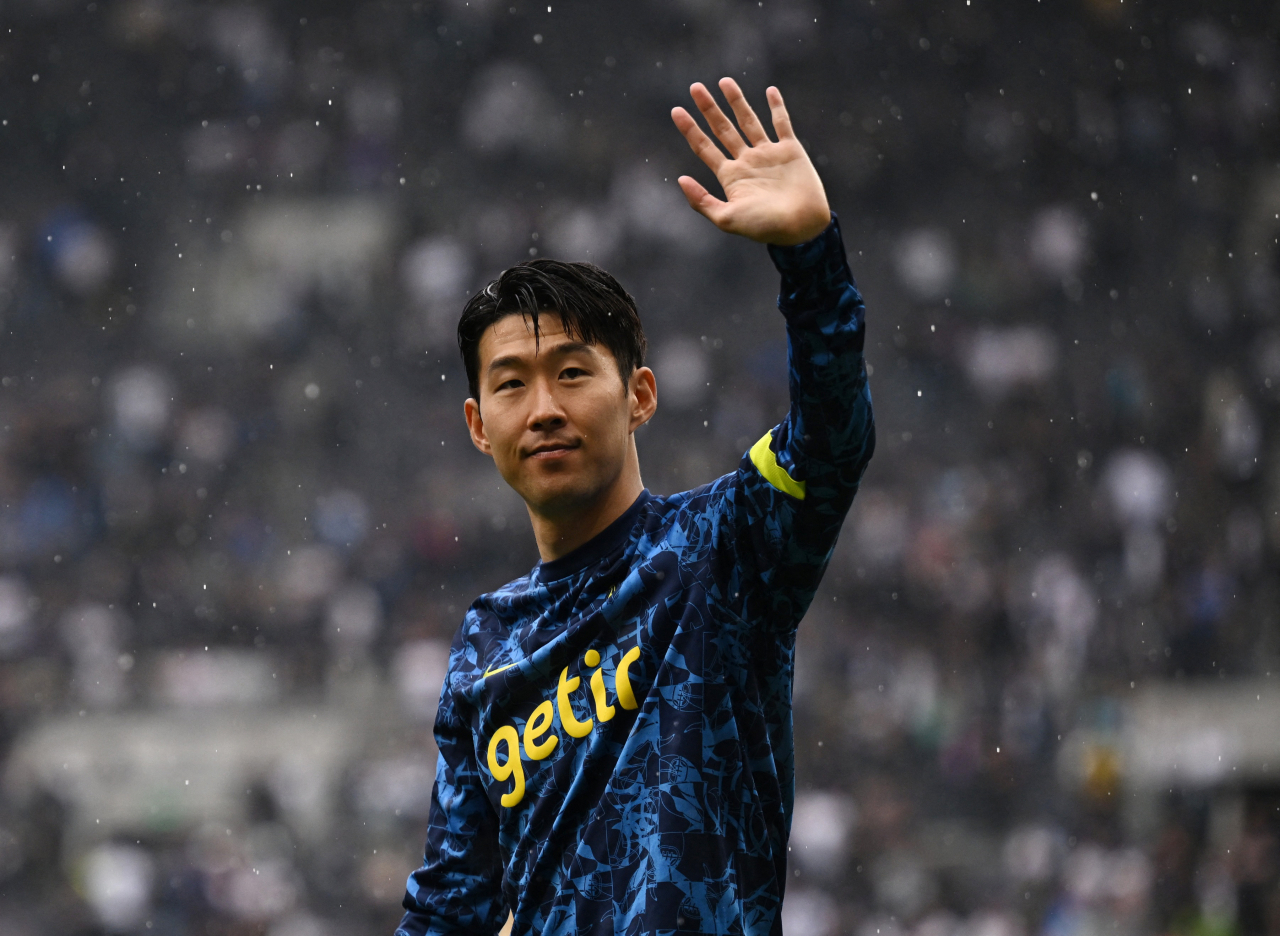 Throughout his Premier League career with Tottenham Hotspur that began in 2015, South Korean star Son Heung-min has been breaking records and setting milestones.

Son will have a chance to make more history when the Premier League draws to a conclusion on the weekend, as he will try to become the first Asian-born player to lead the league in goals.

With one match left this season against Norwich City on Sunday afternoon in Norwich, England, Son is in second place in the Golden Boot race with 21 goals, one back of Mohamed Salah of Liverpool, a two-time winner. The kickoff is midnight Monday in South Korean time.

Son had a goal against Norwich City in the clubs' first meeting of the season on Dec. 5 last year. Norwich City enter the final weekend of the season in last place with 22 points, and they have also allowed the most goals in the Premier League with 79 in 37 matches.

Son has four goals in his past four matches, though his three-game goal scoring streak was snapped Sunday against Burnley.

Son has already set his Premier League career high with those 21 goals. In all competitions this season, Son has 22 goals, tied with his personal best set last season.

Salah missed Tuesday's match against Southampton with a groin injury he picked up over the weekend during the FA Cup final. Liverpool will finish their season against Wolverhampton Wanderers at Anfield on Sunday.

Son often talks about how scoring a goal for himself isn't as important as winning matches. And a win by Tottenham this time will have major implications.

Spurs are going into the finale holding down the fourth spot in the league tables with 68 points, two ahead of Arsenal. The top-four teams in the Premier League each season qualify for the group stage of the UEFA Champions League, the top continental club tournament, for the following season.

Tottenham are in the driver's seat, as they will most likely secure fourth place even with just a draw against Norwich City.

A combination of a Tottenham draw and an Arsenal victory over Everton will knot the North London rivals at 69 points. However, Tottenham hold a substantial edge in the first tiebreaking category, goal difference, by plus-24 to plus-9. It's a gap that will certainly not be made up in one weekend.

There will be no rest for the weary Son after the end of the Premier League season, with international duties on the horizon for the longtime national team captain. South Korea will host Brazil, Chile and Paraguay in the opening days of June, as they gear up for the FIFA World Cup in November. (Yonhap)