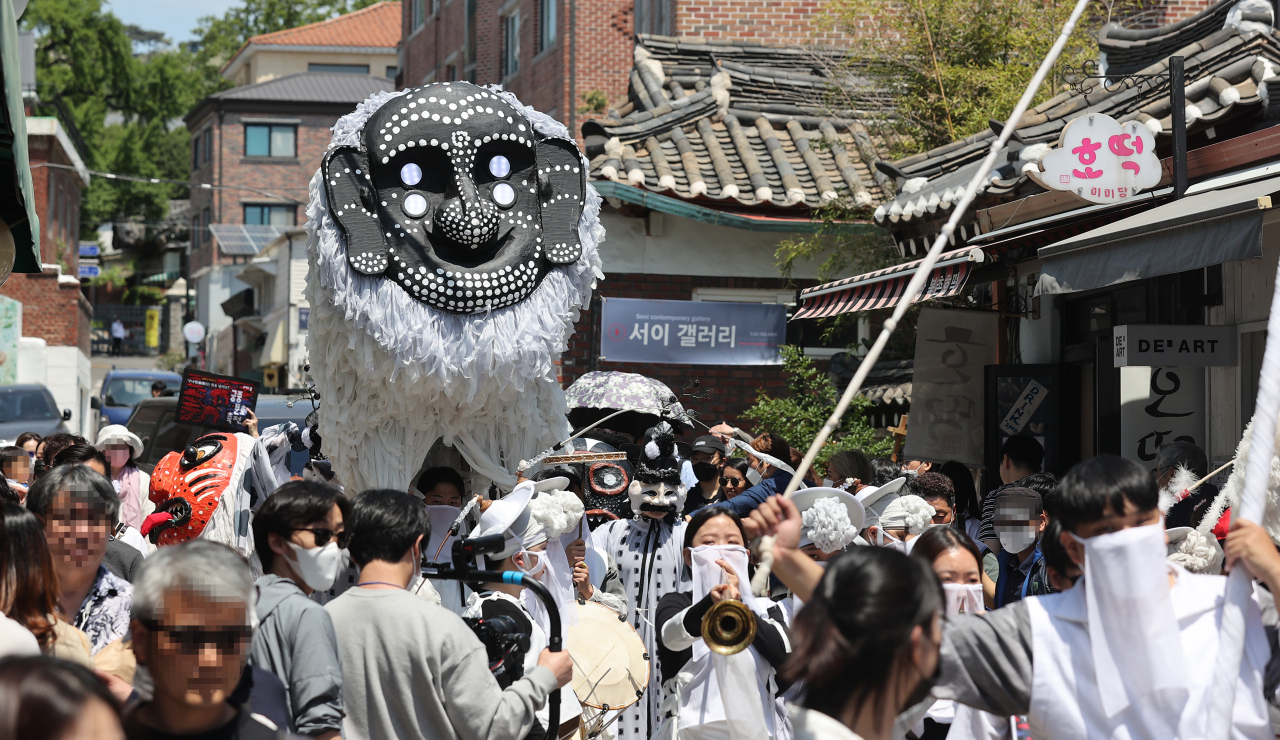 The Gunahaeng parade is held near Changdeokgung in Jongno, central Seoul, Sunday afternoon. (Yonhap)
The first in a series of traditional parade events were held across the market alleys of Jongno-gu Sunday, filling the old neighborhood with a festive mood.

Gunahaeng, a traditional “narye” rite, is based on a poem by Goryeo scholar Yi Saek. At the ritual, masked people would appear around the royal courts, government offices and in towns, driving out evil spirits.

Developed into a modern street performance, also referred to as “Gunaehaeng Daepannoreum,” it combines various genres of traditional Korean art performances, including music, chanting and dancing in groups.

A performer in a black tiger costume takes center stage during the parade. Showing off its flamboyant moves and dynamic dances, the performer, along with instrument players and spectators, ward off bad energy and suffering from the pandemic. It also brings messages of hope for street market merchants to prosper. 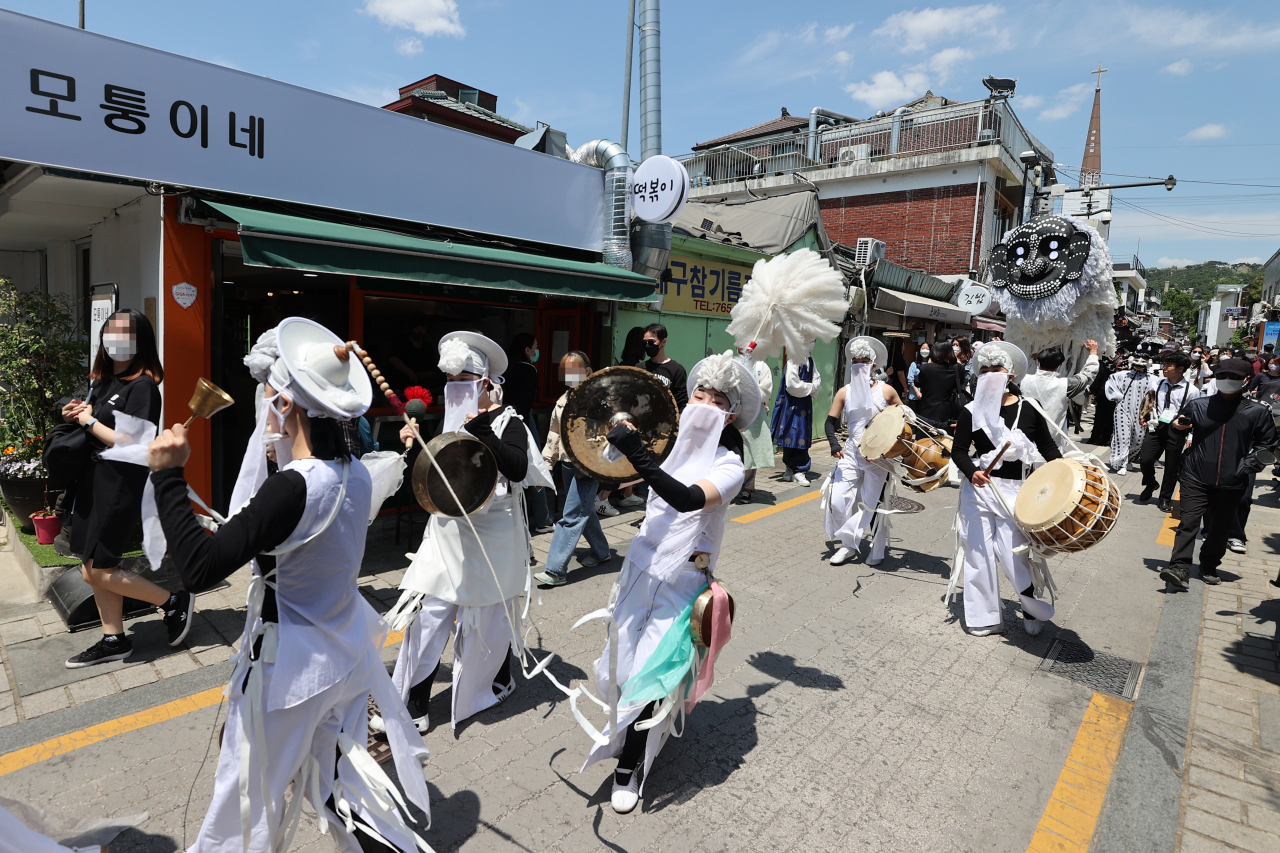 Traditional music and dance performances are being held at the Gunahaeng parade.(Yonhap)
The second round of the Gunahaeng parade is scheduled on Friday at Gyeonghuigung and its neighboring market alleys, from 11:30 a.m. to 12:30 p.m., and Saturday at and around Deoksugung from noon to 1 p.m.