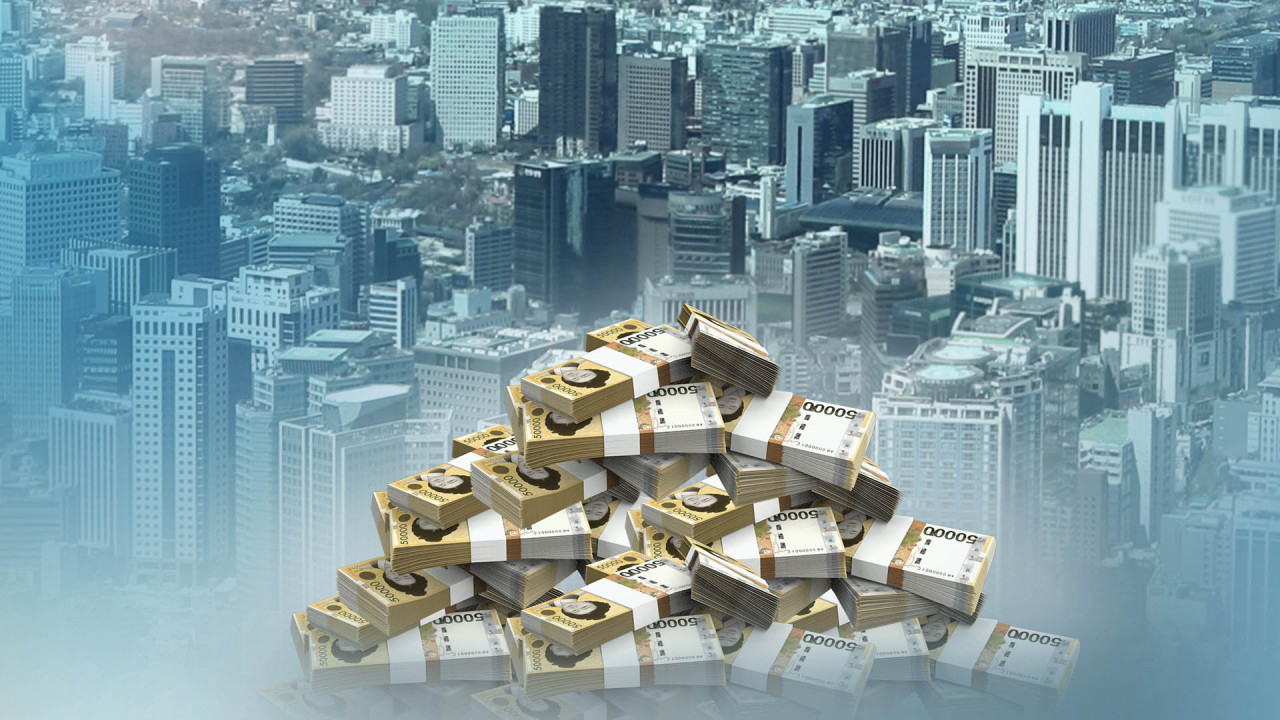 South Korea's tax revenue increased 10.4 trillion won ($8.16 billion) in March from a year earlier, as the collection of corporate and value-added taxes rose amid the economic recovery, the finance ministry said Thursday.

The government collected 41.1 trillion won in taxes in March, compared with 30.7 trillion won the previous year, according to the Ministry of Economy and Finance.

South Korea has continued to log a surplus of tax revenue, as the economy has been on a recovery track.

In the first quarter, the tax revenue came to 111.1 trillion won, up 22.6 trillion won a year earlier.

The managed fiscal balance, a key gauge of fiscal health, posted a deficit of 45.5 trillion won in the first quarter, smaller than a shortfall of 48.6 trillion won a year earlier.

The central government debt had tentatively amounted to 981.9 trillion won as of end-March, up 42.8 trillion won from the end of 2021.

Last week, the government proposed a record extra budget of 59.4 trillion won in a bid to compensate pandemic-hit merchants for their losses caused by stricter virus curbs.

Without a debt sale, the ministry aims to tap the bulk of the estimated 53.3 trillion-won excess tax revenue for this year and curtail non-essential expenditures to fund the proposed extra budget. Of the excess tax revenue, it plans to spend 9 trillion won on repaying debt.

With the debt payment, the national debt is expected to reach 1,067.3 trillion won this year, and the debt-to-GDP ratio will likely fall to 49.6 percent from the estimated 50.1 percent. (Yonhap)