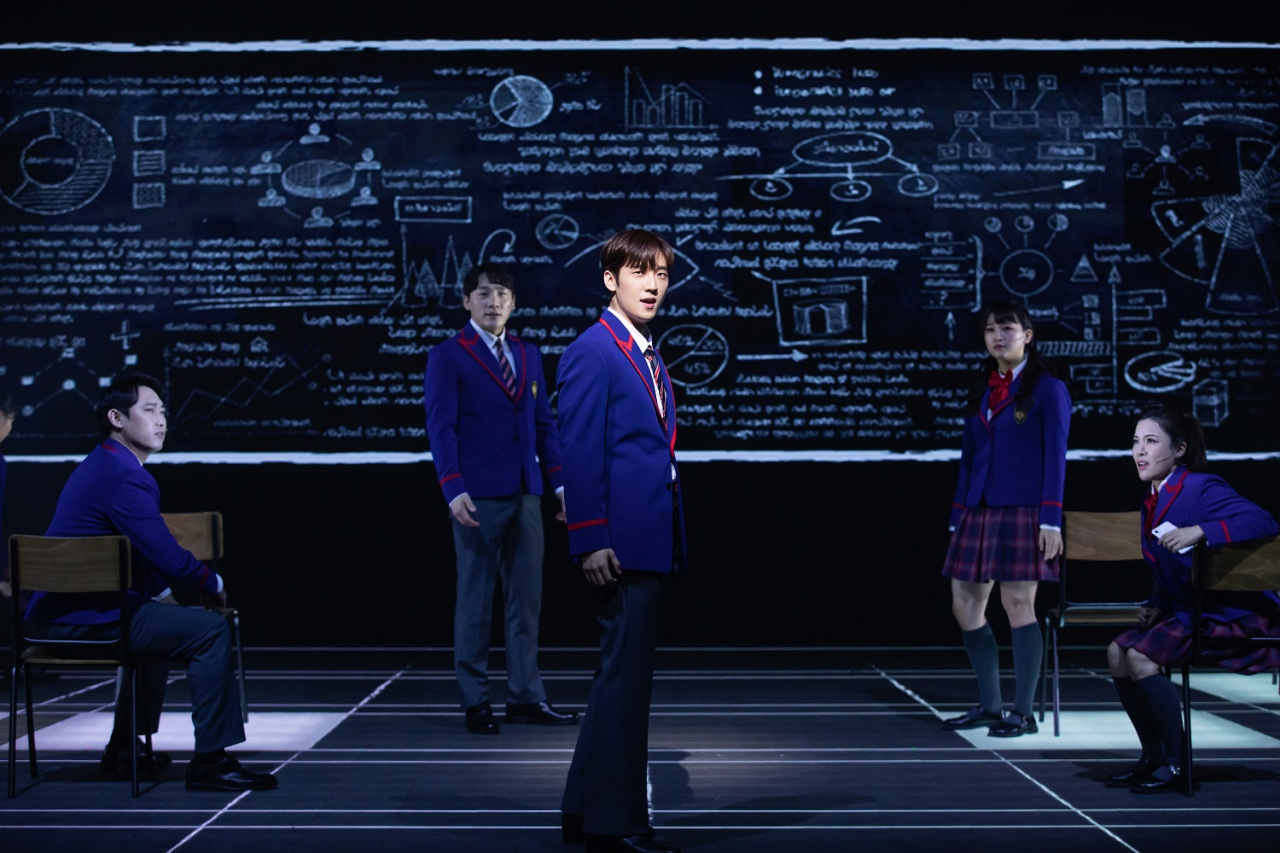 Ko Eun-sung (center) plays Light, a teenage genius with superpowers that allow him to kill with a death note. (OD Company)

Ever since “Death Note,” a Japanese manga series was first introduced to the world in 2003, it has been adapted for various mediums, including animation, film and TV drama.

The story of a teenage genius, Light, with superpowers that allow him to kill with a notebook, was released as a musical in Japan in 2015 and soon thereafter a Korean version featuring K-pop superstar Kim Junsu, a former member of boy band TVXQ, became a huge hit in Korea.

For the show’s third local revival, Kim is back to play L, the genius investigator, along with versatile screen actor Kim Sung-cheol, while Light is played by musical legend Hong Kwang-ho and emerging star Ko Eun-sung.

While the cast has been the talk of the town, the newest rendition of the show, takes on a new format and shows what musicals of the future may look like.

The latest production uses large LED screens as the backdrop as well as on the floor and the ceiling.

“I think this will probably be the very first time using LEDs like this in South Korea,“ Shin Chun-soo, the producer of “Death Note, told The Korea Herald via e-mail on Tuesday.

The show’s 2015 version in Japan used projected animations to create an illusion of life in the crowd scenes, though the technology felt somewhat tired and ineffective.

In the 2022 Korean production, the imagery has been pulled from the backdrop onto the stage itself via the LED flooring. Not only does this create a more immersive visual environment, but represents an evolution of musical staging that is in line with technological developments.

Fans of more traditional stage design may long for staging that is more familiar as opposed to this new, digital approach. 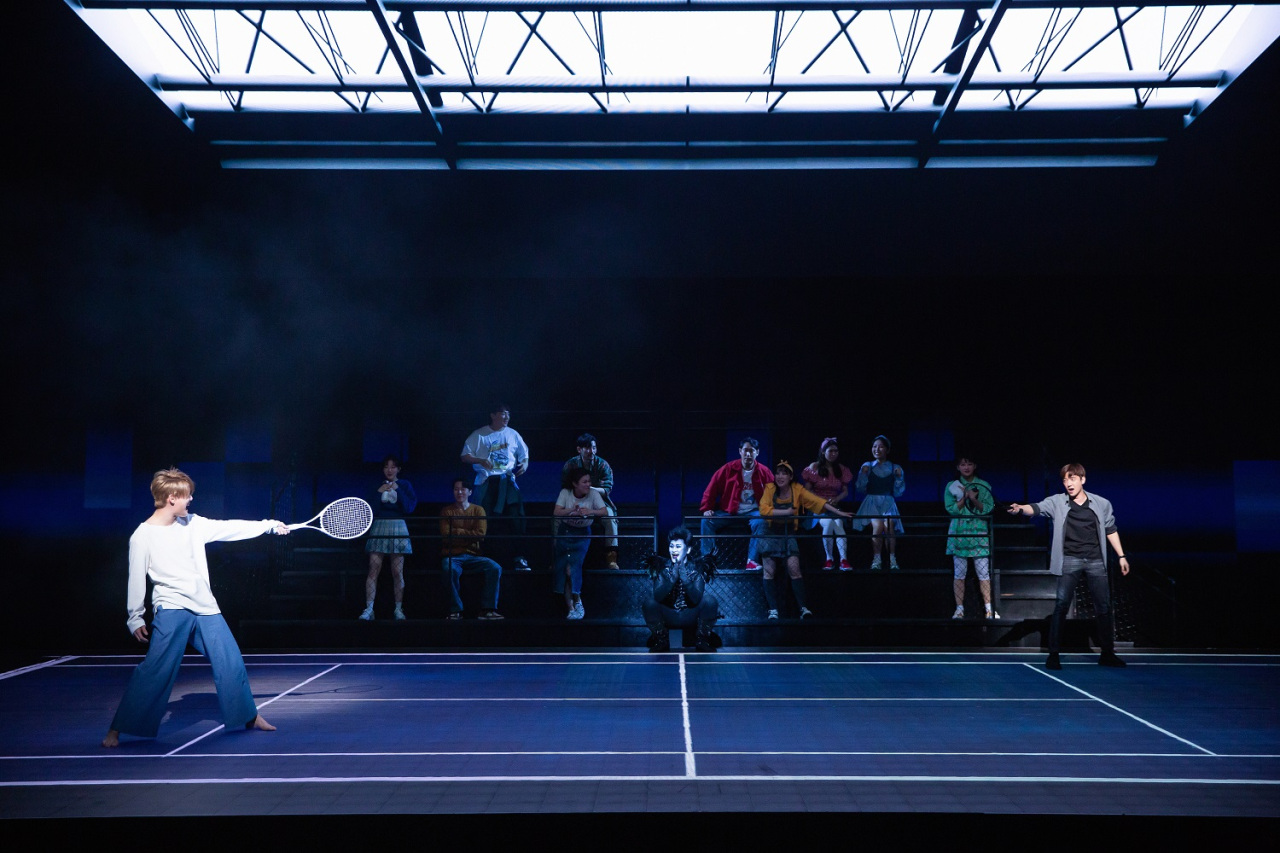 However, such resistance may dissipate during the famous tennis scene.

In the second half of the musical, L faces off against Light in a dynamic tennis match.

The scene is brought to life through the creative use of an inclined LED floor, which morphs to represent the varying perspectives that each character sees during the match. While the floor displays an entire uninterrupted tennis court when the actors play against each other, it shifts to show the audience the court from each character’s perspective, in a striking use of the stage to reinforce the narrative.

The show’s producer believes that stage design will continue to evolve.

“South Korea’s musical industry is evolving each day and productions will provide an amazing fantasy through surprising stage mechanisms,” he said.

“Death Note” kicked off in April and was originally scheduled to run through June 26 at Chungmu Art Center but the production company decided to expand its run. After rolling until June 19, the second run will take place at Seoul Arts Center from July 1 to Aug. 14. The show runs everyday except Mondays.