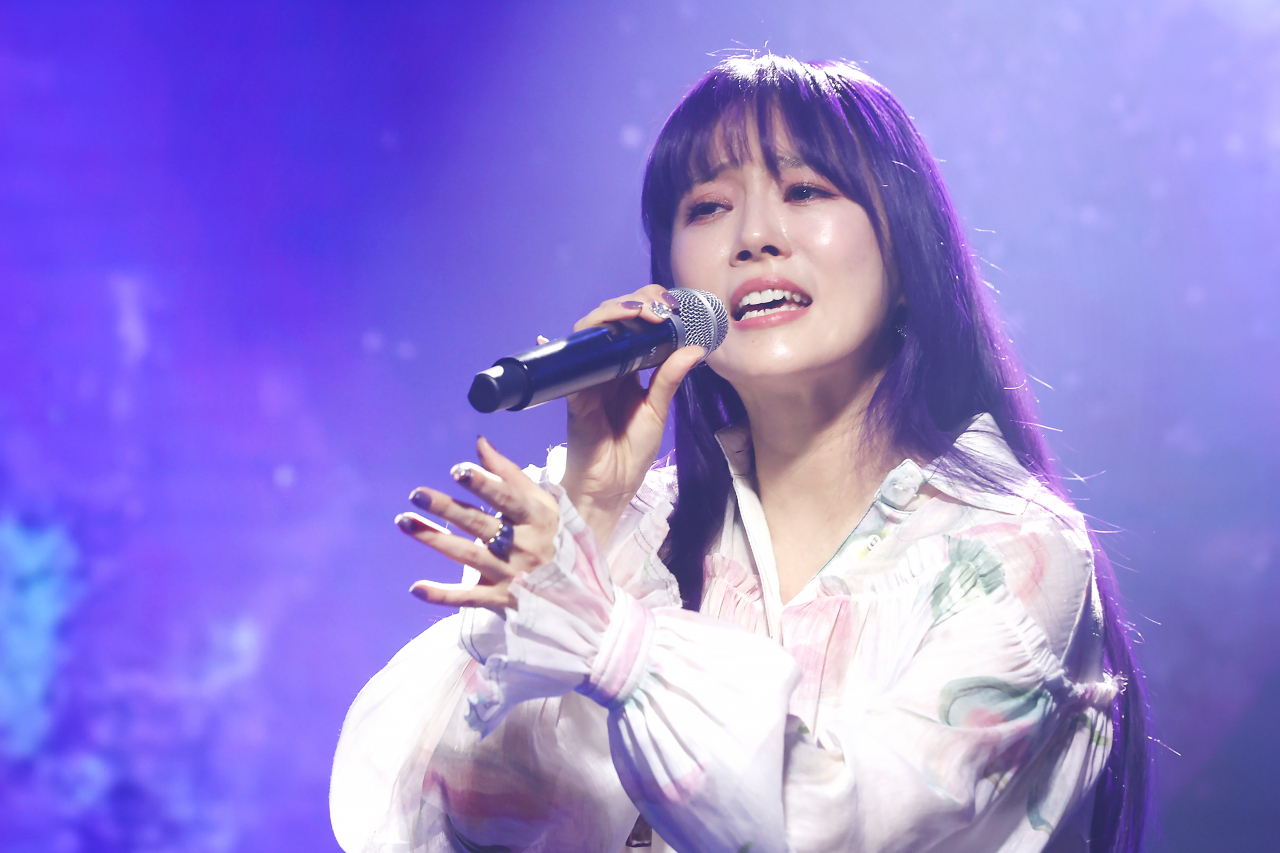 In a press conference held in Seoul on Tuesday, ahead of the online release of the album at 6 p.m., the singer described her grand comeback as “making a debut for the second time,” with a quivering voice while shedding tears.

“When I debuted at the age of 20, I was too young to realize what it meant to be onstage. It feels different to be here now. Frankly speaking, I’m very nervous,” Lee said. “Thank you for waiting for my comeback. I’m not sure how I can return so much love and attention.” 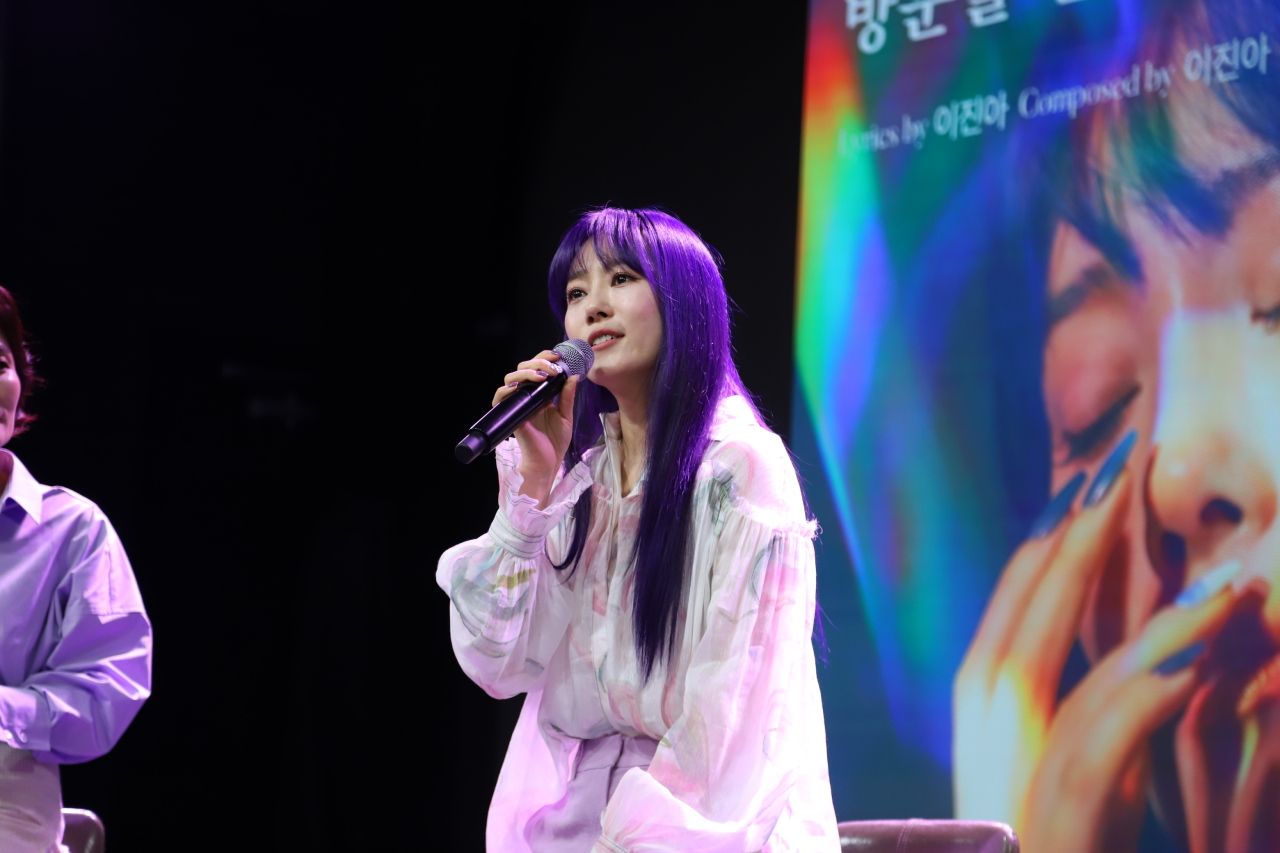 Veteran ballad singer Lee Soo-young poses for photos during a press event for her 10th full-length album “Sory,” Tuesday, in Seoul. (New Era Project)
The 43-year-old debuted in 1999 with the megahit “I Believe.” Her strong singing abilities quickly gained the singer popularity and she enjoyed several hit songs such as “Say Goodbye,” “La la la,” “A Teardrop by Itself” and “Grace.”

However, it took more than a decade for her to release a full-length album following her marriage in 2010. It was a “way longer than expected break,” according to Lee. While she made considerable efforts to return with a new album in the intervening years, things did not go as planned and she even thought about ending her music career, Lee said.

The singer was afraid of getting forgotten, and at the same time, felt sorry for her long-awaiting fans. “Sory” sings about her apologetic feelings and a “journey to find an original sound,” she said. The eight-track album took three years to complete.

“Singing songs means happiness to me. It makes me alive. On the first day of recording songs for the album, it felt like my blood started circulating from head to toe. I felt grateful to experience the feeling again,” she said. The singer was emotional throughout the one-hour press conference, tearing up several times. She also bowed repeatedly to the reporters. 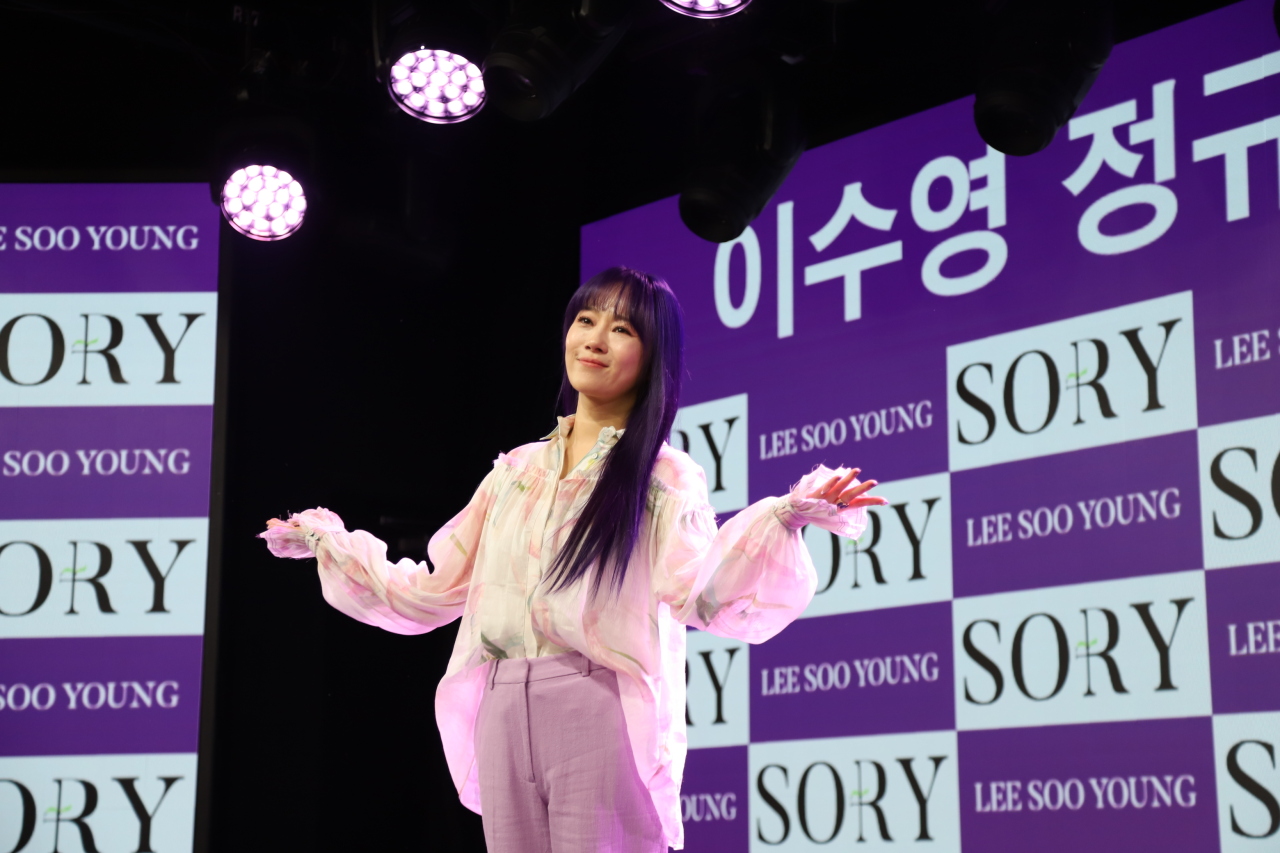 Veteran ballad singer Lee Soo-young poses for photos during a press event for her 10th full-length album “Sory,” Tuesday, in Seoul. (New Era Project)
Along with the lead track “Uranus,” which was written and composed by singer-songwriter Ahn Ye-eun, many talented musicians including singer-songwriter and jazz pianist Lee Jin-ah and lyricist Kim Ea-na participated in the veteran singer’s 10th full-length album. Lee also helped write the lyrics for the last track “Rainbow.” Earlier last month she unveiled one of the songs titled “Sore.”

With her comeback, Lee said she is planning to actively pursue her music career this year. The singer also expressed her wish to hold a concert and appear on television variety shows.